Has work started on Abu Dhabi's very own metro system? It looks like it has...

Abu Dhabi’s plans to have its own metro train network, similar to the one in Dubai, have moved one step closer – signs have gone up in Al Bandar giving directions to an LRT Station (light rail transit).

Eagle-eyed Abu Dhabian Paul Smith spotted the sign in Al Bandar last week on the path that connects Al Bandar to Al Muneera. Check it out below. What’s On visited the area on Saturday and noticed four signs all offering directions to an LRT station. 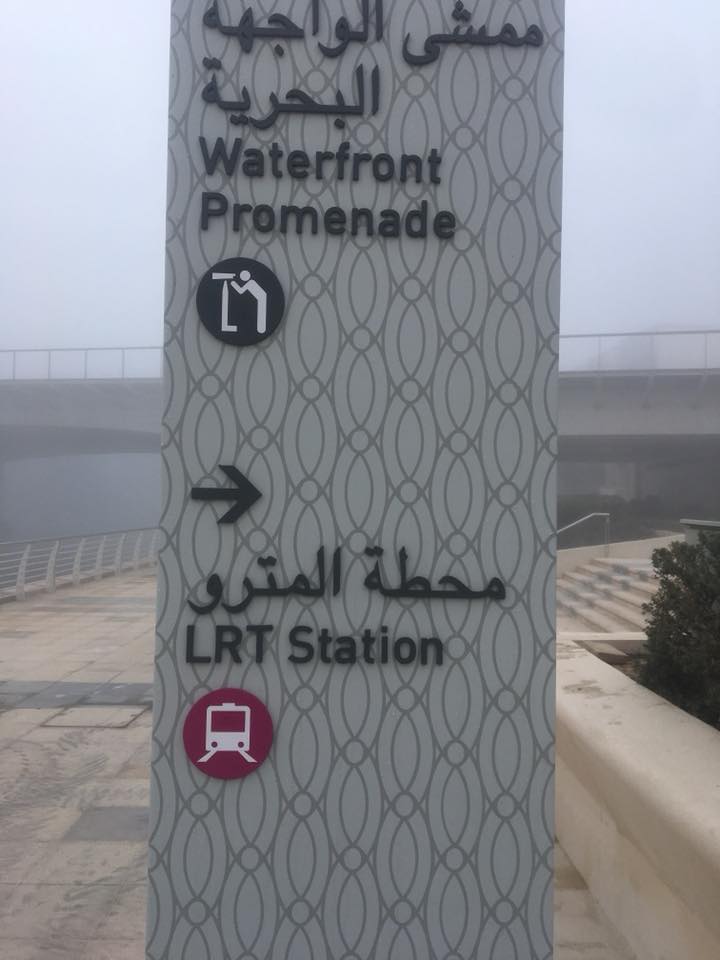 Abu Dhabi’s Municipality hasn’t given a date for when such a network will be up and running, although it is mentioned in the government’s official document that outlines the emirate’s economic vision for 2030.

And the Department Of Transport’s website claims the network will cover an area of 131km and will go as far as Saadiyat Island and Al Raha Beach, adding: “Supported by tram and bus feeder services on approximately 131km, ‘Abu Dhabi Metro’ rail system is intended to serve a substantial proportion of passenger trips and relieve traffic congestions on the highway network, as well as to provide optimal connectivity between Abu Dhabi Island and its suburbs and upcoming communities such as Saadiyat, Yas Islands and Al Raha Beach.”

Contracting website protenders.com has a map of the proposed network on its site, and when contacted by What’s On, an official at the company confirmed work on the new metro network in the capital has started, adding: “The LRT station is under construction as per recent updates.” 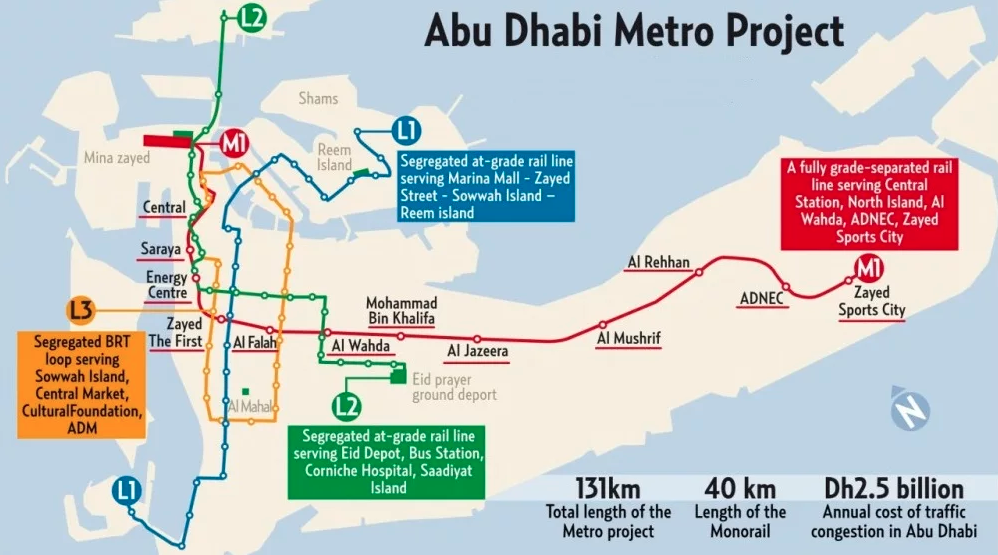 The map above can be viewed at the Pro Tenders website, but it shows that the network will cover Zayed Sports City, Al Mushrif, Al Wahda, Al Reem Island and even Saadiyat.

The Pro Tenders website says the line will consist of four lines. Line 1 will be 18km long, with five stations underground, and will be classed as a ‘heavy rail rapid transit’. Lines 2 and 3 are 15 and 13km long respectively and have 24 and 21 stops and are LRTs, while the fourth line is 14km long and is called a bus rapid transport loop with 25 stops. The official at Pro Tenders told What’s On that no launch date has been confirmed as yet.

One company involved is Spanish firm TYPSA, who have worked in the past on the plans for metro systems in Spain and Ecuador.

But whether it opens in 2020, 2030 or another date, it seems Abu Dhabians will get the chance to leave the car at home and jump on a train in the future.