We’re pretty sure if you were clubbing anywhere between 2007 and 2012, you’ll have heard of Flo Rida. The award winning American rapper and singer rose to fame in 2007 when his hit, ‘Low’, went viral around the world.

And now Dubai residents will be able to catch the American megastar performing gigs in Dubai this week at two of the city’s top open-air venues.

Kicking off on Thursday March 29, Flo Rida is the second superstar artist to headline Thursday at Drai’s following on from Ace Hood’s packed-out Thursday gig.

The Vegas-meets-Dubai venue has already played host to the likes of Tory Lanez, Trey Songz and Craig David at their day to night Friday parties. 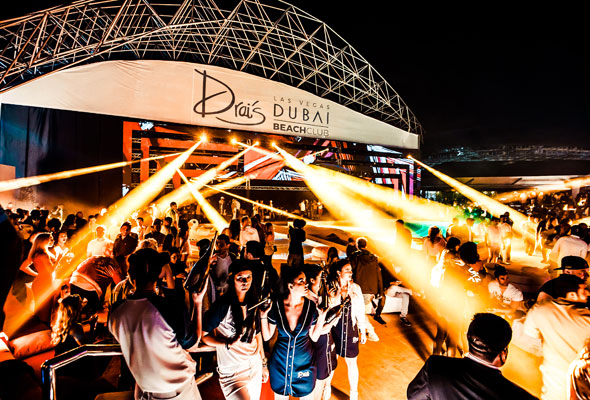 Not to worry, as the star is also performing at White next Saturday March 31 for the World Cup Official After party. This will be the closest afterparty to Meydan this year, as there will be no after race concert.

Flo Rida has enjoyed a string of successful songs since 2007, amassing 11 top ten hits and collaborating with stars including Kesha, Sia and Wynter. He’s most famed for his tracks ‘Right Round’, ‘My House’ and ‘Wild Ones’.

Clubs
Nightlife
EDITOR’S PICKS
UAE holiday dates announced for National Day
READ MORE
Emirates Dubai 7s is back: Here's why we're excited...
READ MORE
Tennis ace Andy Murray to play at Mubadala World Tennis Championship
READ MORE
UAE 50: Where to watch National Day fireworks in Dubai
READ MORE
MOST POPULAR
Omicron update: What the UAE is doing to tackle the new variant
This lively new brunch brilliantly blends Brazilian and Lebanese cuisines
There's a special lights and fountain show at Burj Khalifa tonight
RTA announces free parking in Dubai for National Day
Everything you need to know about Emirates Dubai 7s
YOU SHOULD CHECK OUT
Our website uses cookies and other similar technologies to improve our site and your online experience. By continuing to use our website you consent to cookies being used. Read our privacy policy here.