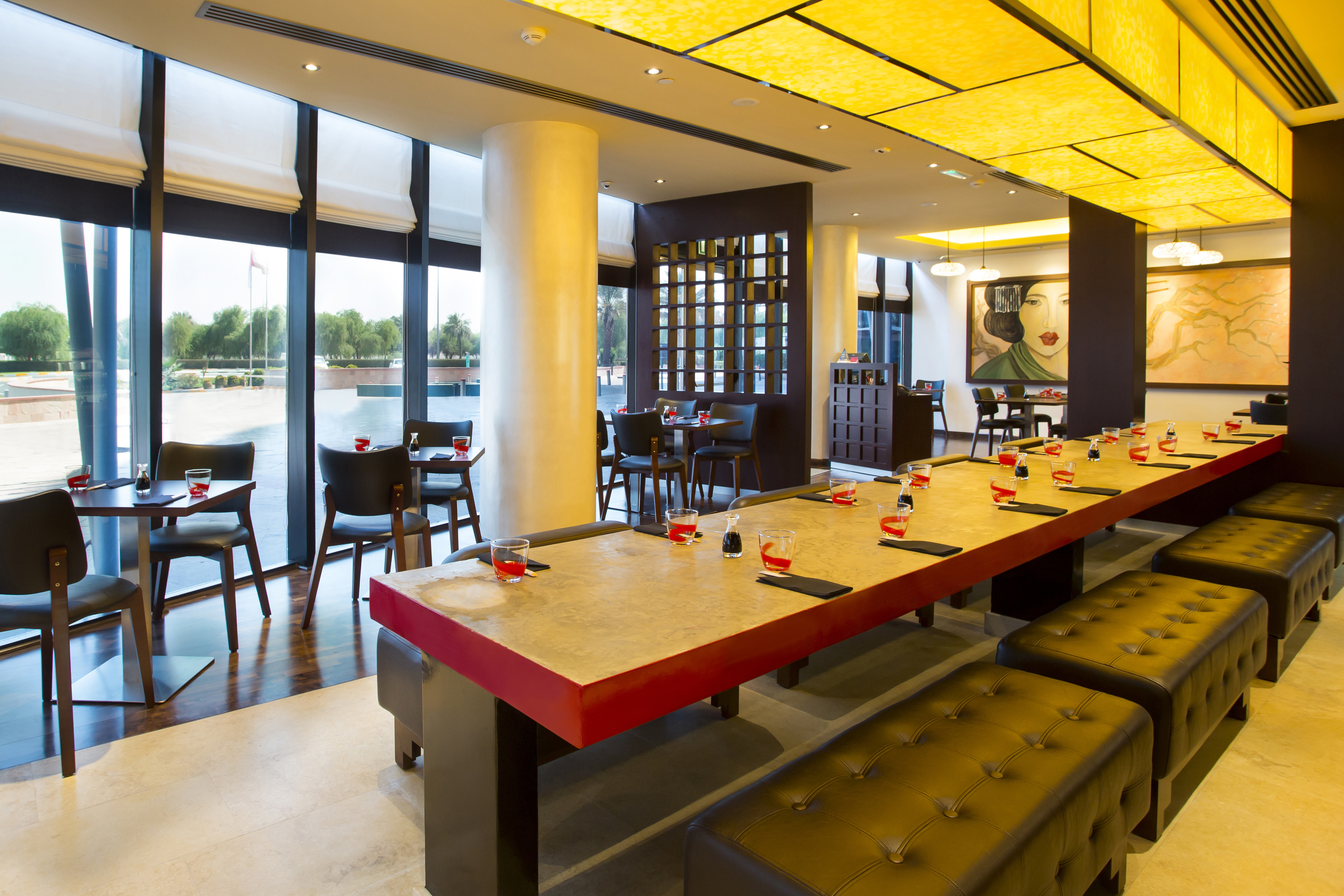 Check out a new exhibition at the Louvre 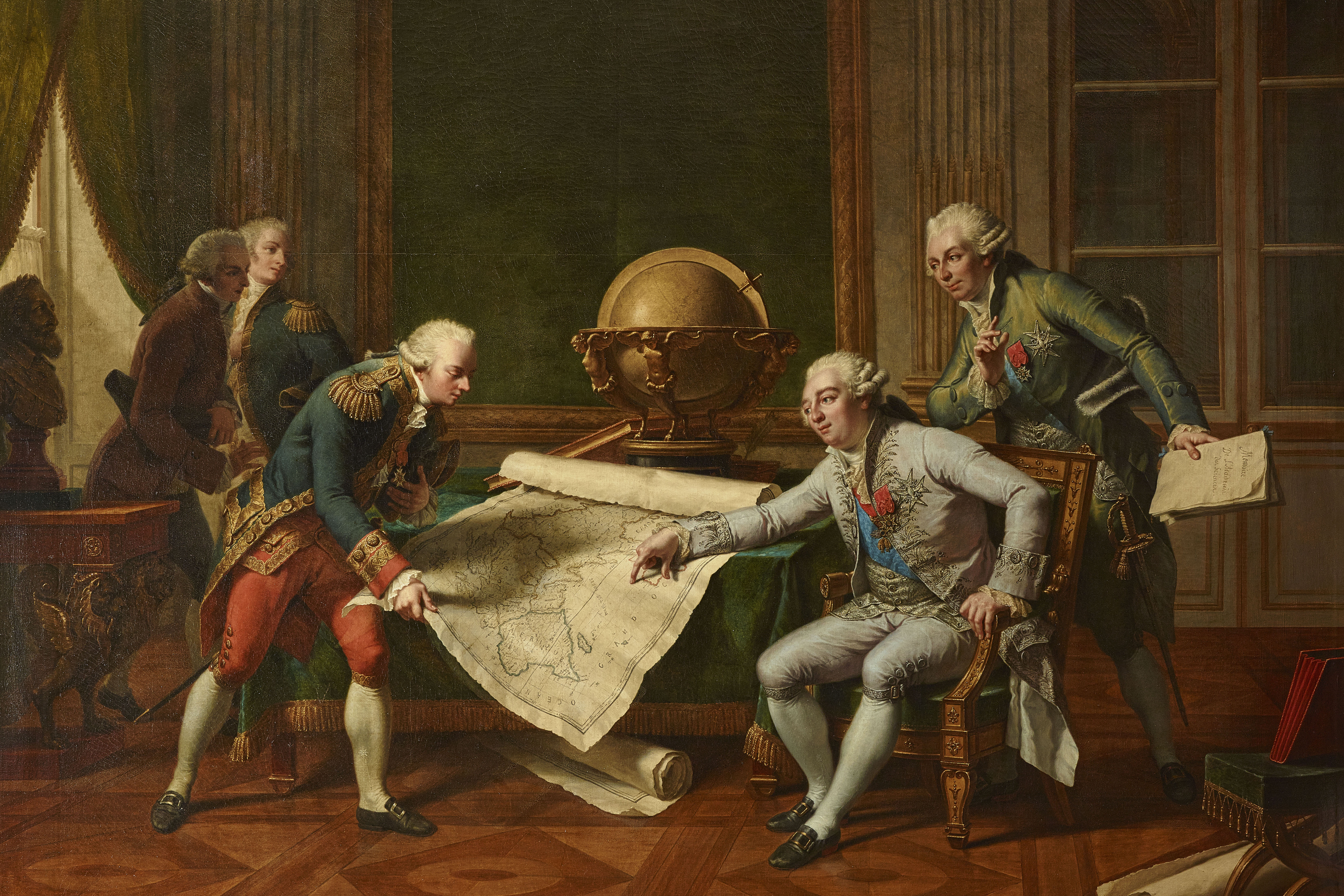 Louvre Abu Dhabi has joined forces with the National library of France for its latest exhibition that examines the history of how humanity has viewed planet Earth as a sphere. Globes: Visions Of The World features more than 40 globes and spheres, some of which date back 2,500 years. In total, the exhibition features 160 works from France’s Bibliothèque nationale.
Until 2 June
Louvre Abu Dhabi, Saadiyat Island, Abu Dhabi, Dhs60, under-12s free. Tel: (600) 565566. Taxi: Louvre. louvreabudhabi.ae 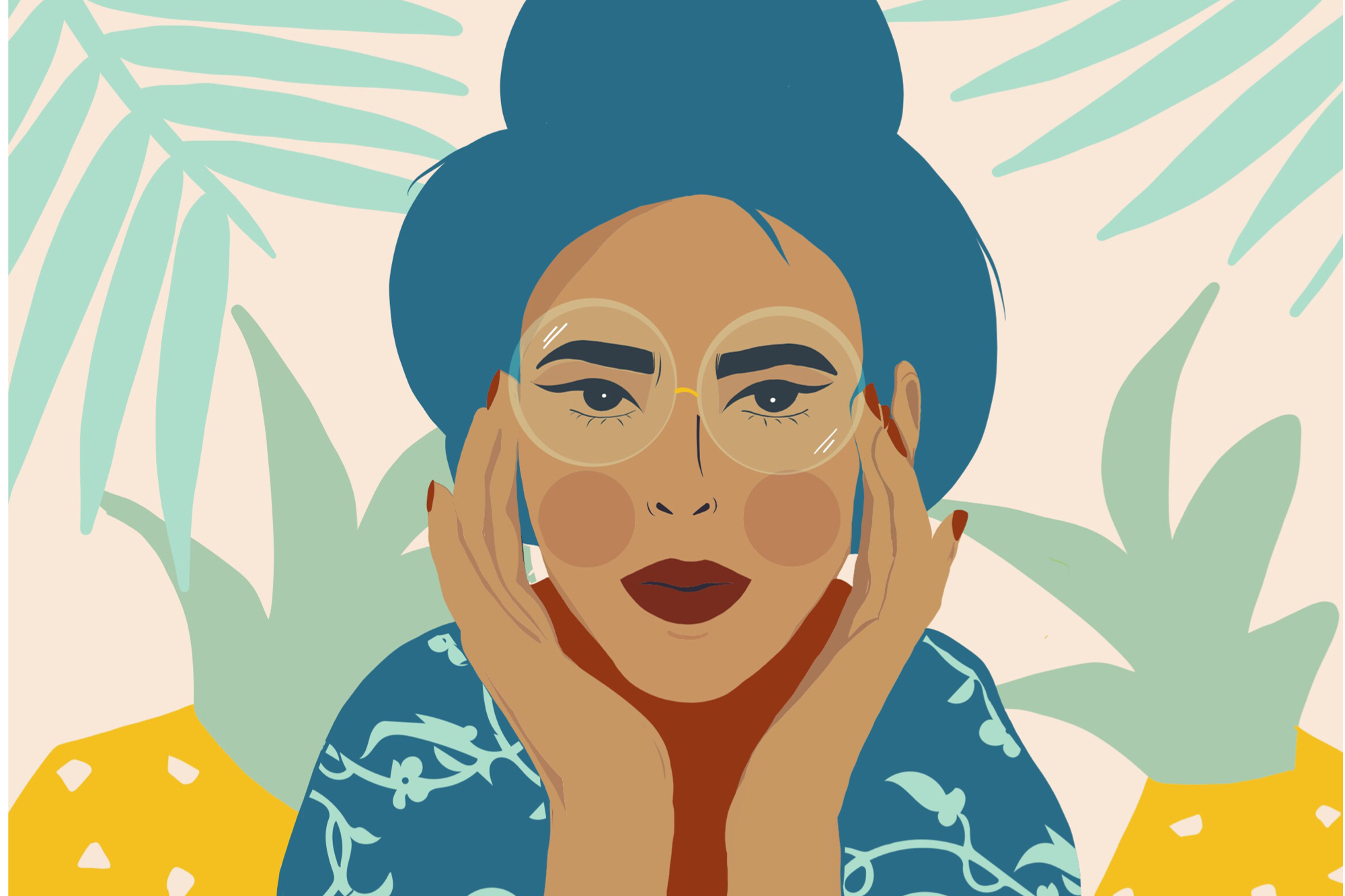 The Garden City is hosting an exhibition of fashion illustrations over the next few months. Lines And Stitches features designs by UAE artists and inside you’ll find 21 pieces, along with eight art installations. There will also be workshops, hosted by fashion designers and illustrators from the UAE, every Saturday while the exhibition is running.
Until June 14
Al Qattara Arts Centre, Al Ain, Sat to Thur, 9am to 8pm, free entry. Tel: (03) 7118225. Taxi: Al Qattara Arts Centre. abudhabievents.ae

Make a splash at ladies’ night

There’s a family festival on at A’l Bahar 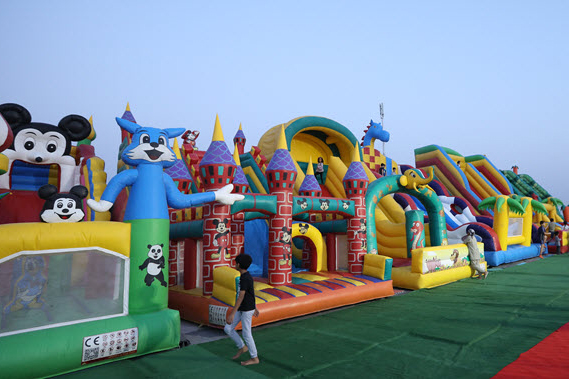 See live comedy at the InterCon 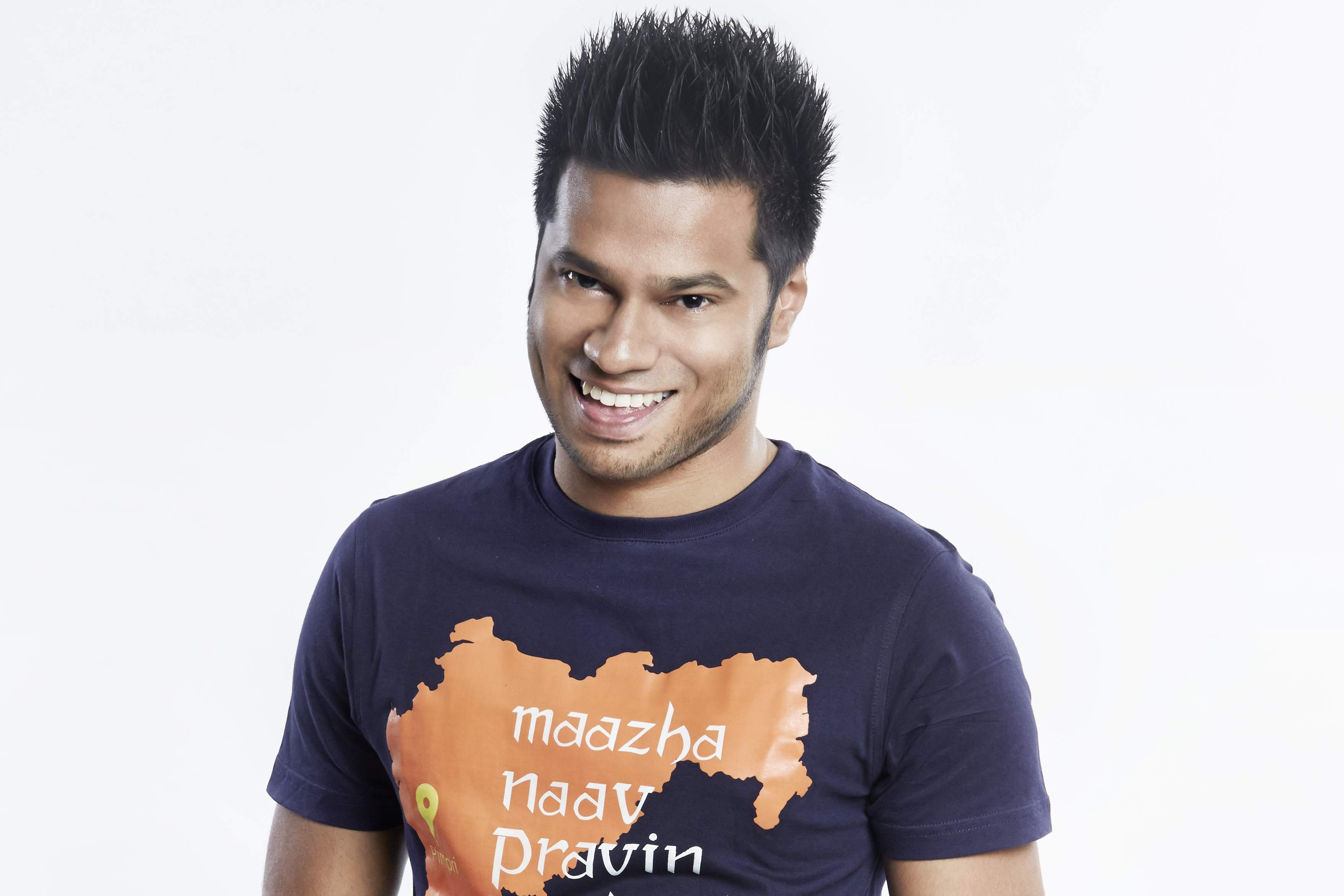 Paw Patrol Live! is on at the du Forum

Do the names Chase, Ryder, Rubble and Skye mean anything to you? If they do, chances are you’re five years old – or a parent with a kid who watches the Canadian cartoon Paw Patrol on Nickelodean. The show, about a kid called Ryder who lives in Adventure Bay with his pals, a group of dogs who help him solve problems, has become a global phenomenon since it launched in 2013. Now you can see Paw Patrol Live!, a stage version of it, this weekend in the capital.
April 13 to 14
du Forum, Yas Island, Abu Dhabi,11am and 3pm, Dhs105 to Dhs315. Taxi: du Forum. thinkflash.ae 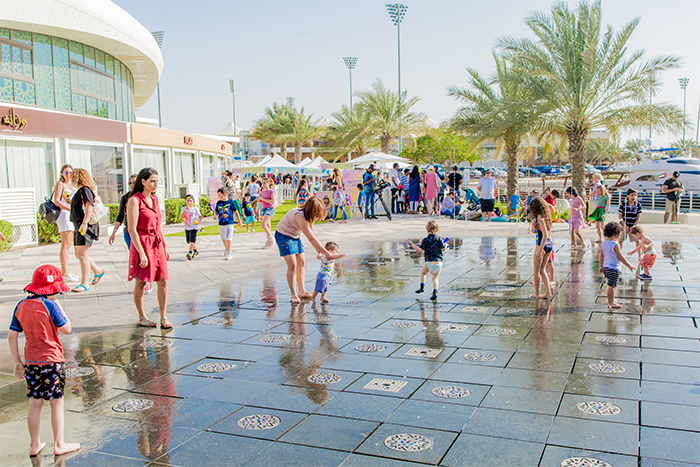 Head to the Pet festival on Yas 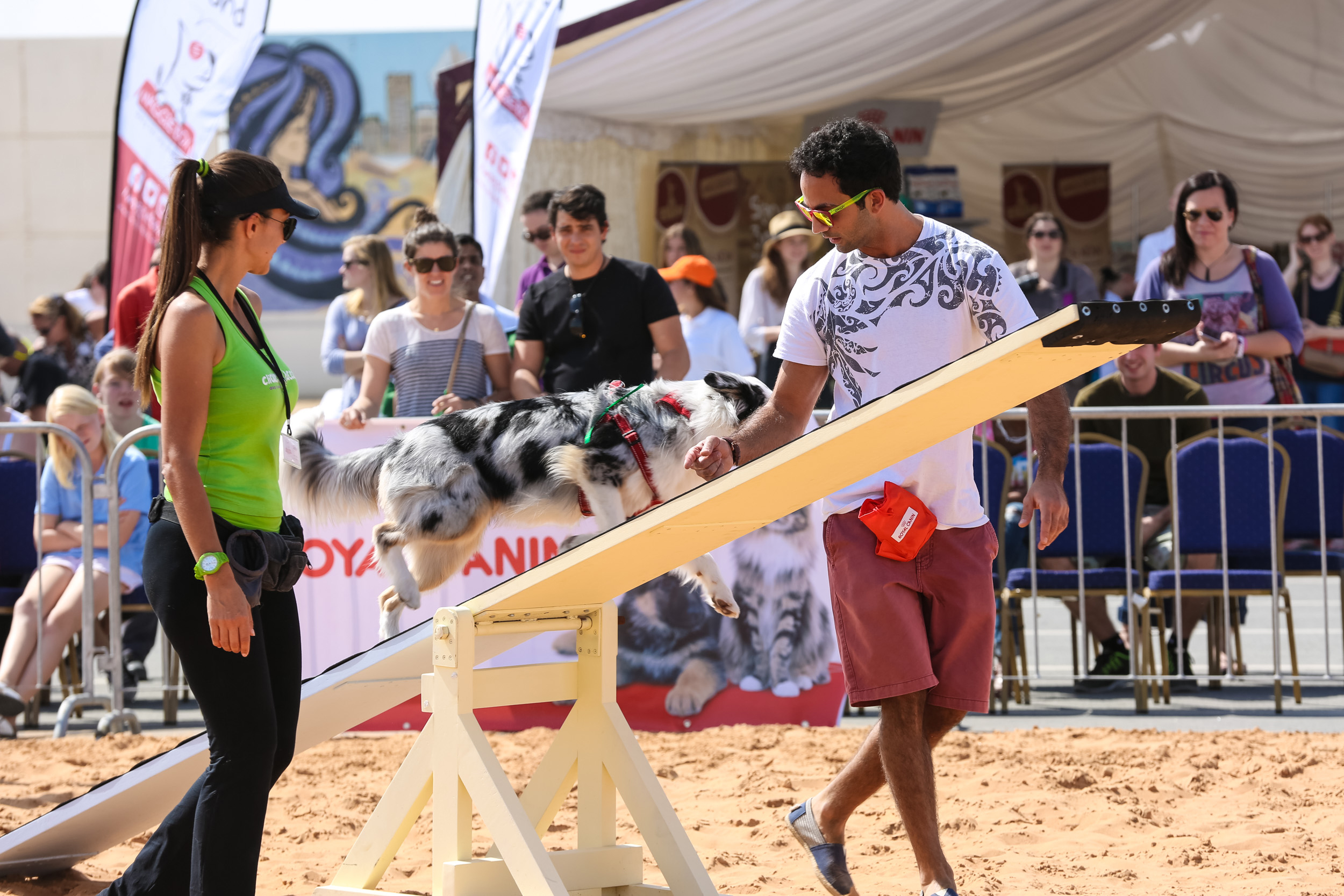 The annual Pet Festival returns to Yas Island, with workshops on pet health, training, nutrition and even fashion shows taking place. Vets will also be in attendance, giving out advice on how to look after your fluffy friend in the UAE. There’ll also be play zones for children and craft bazaars.
April 13
du Arena, Yas Island, Abu Dhabi. Taxi: du arena. petfestival.ae

Send your kids to Mermaid School 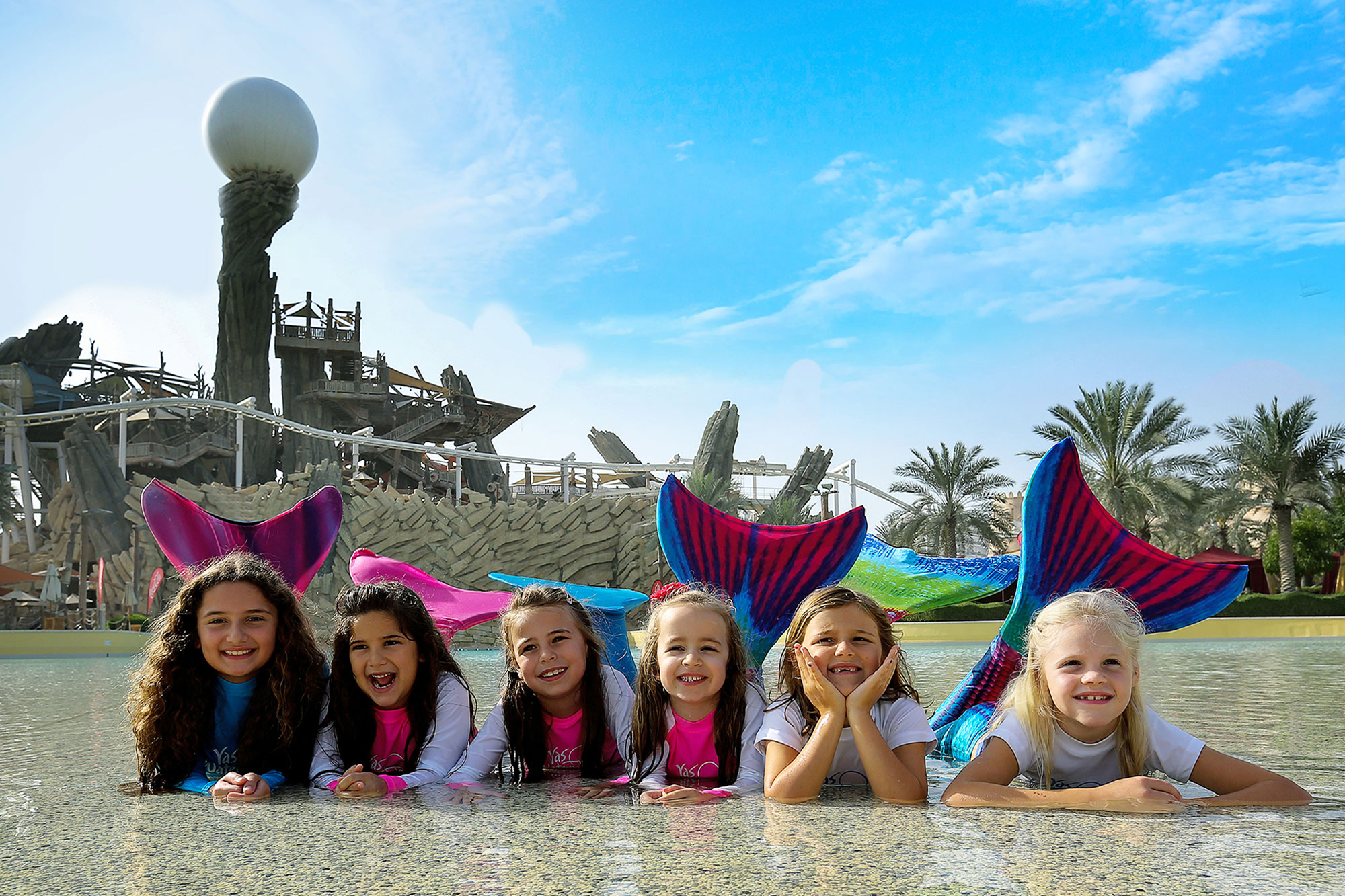 Yes, you read that right – Yas Waterworld is hosting mermaid classes over the next few weekends. Aimed at kids aged six and above, they’ll spend an hour in the morning learning to swim with a tail (the park will supply one if you don’t have a mermaid tail lying around at home). If you don’t have an annual pass for the park, it costs Dhs195 for the mermaids, but the price includes entry into the park for the rest of the day.
April 13 to 14
Yas Waterworld, Abu Dhabi, Fri to Sat, 9am, 10am, 11am, Dhs95 to Dhs195. Tel: (02) 414200. Taxi: Yas Waterworld. yaswaterworld.com 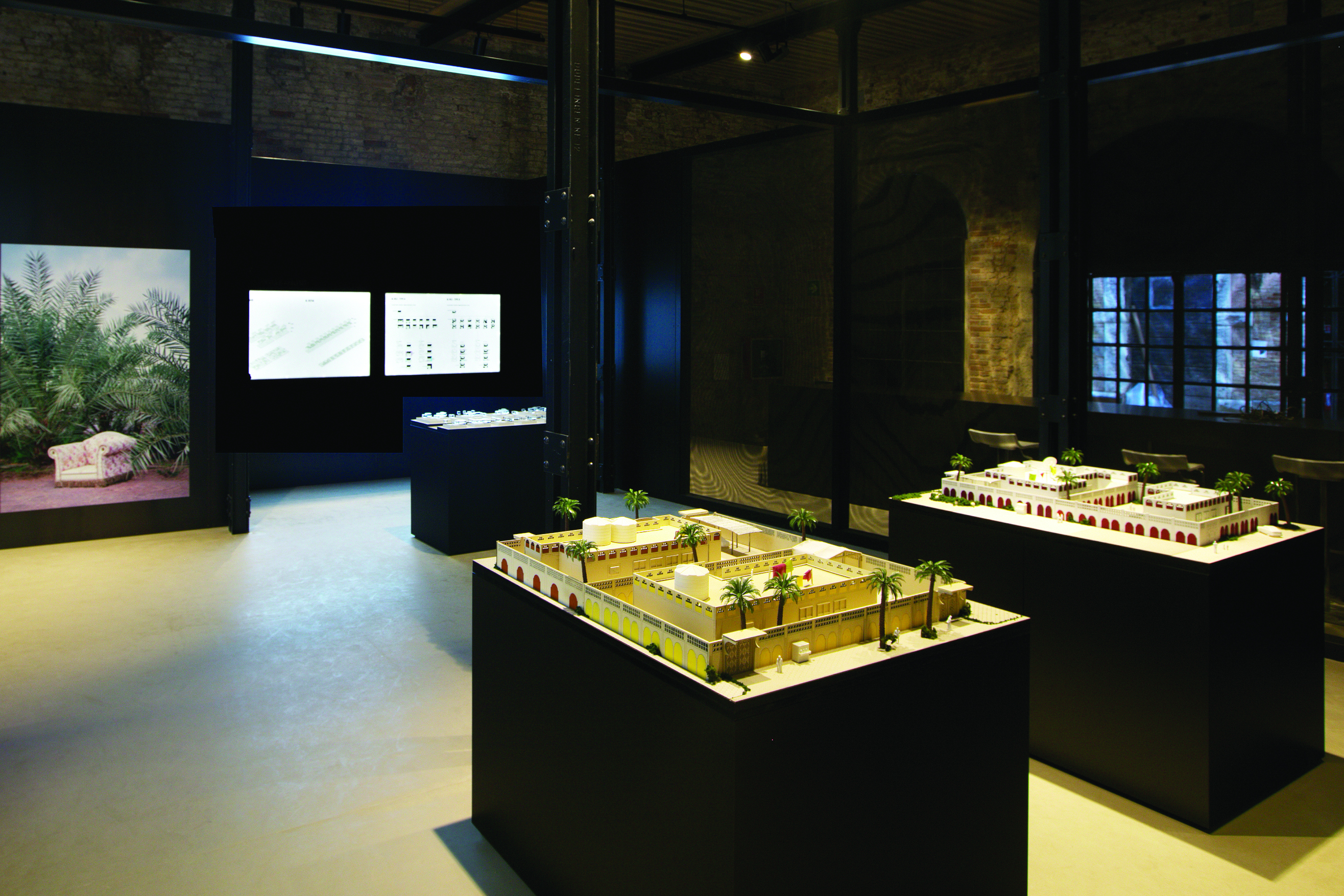 For the past two years, UAE art has been making waves in Italy, and has been exhibited at the renowned Venice Biennale, an arts organisation based in the city. Now, those works are on display at Warehouse421 until June.
Warehouse421, Mina Zayed, Abu Dhabi, free. Taxi: Warehouse421 next to COOP in Mina Zayed. warehouse421.ae

Go glamping in the city 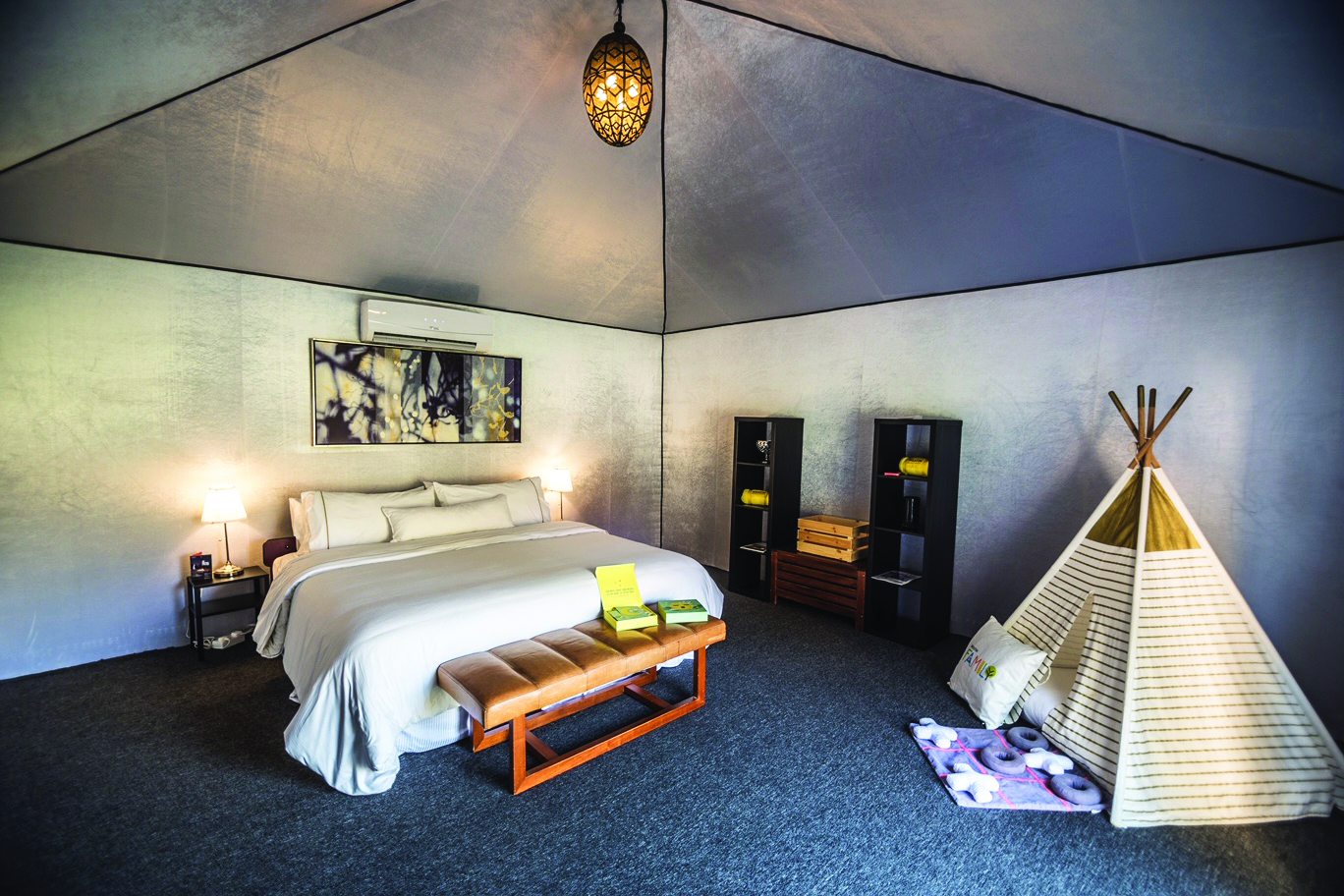 Fancy going camping but don’t like the idea of getting covered in mud and sleeping in a tiny tent? The Westin has launched a new glamping concept in its gardens – you’ll get to spend the night in a huge tent that is big enough to hold a double bed with room to spare, plus it comes with air con. What’s more, you get an Arabic breakfast and a barbecue dinner included in the price.
The Westin Abu Dhabi Golf Resort & Spa, Khalifa City, Abu Dhabi, Dhs650. Tel: (02) 6169999. Taxi: Westin. westinabudhabigolfresort.com 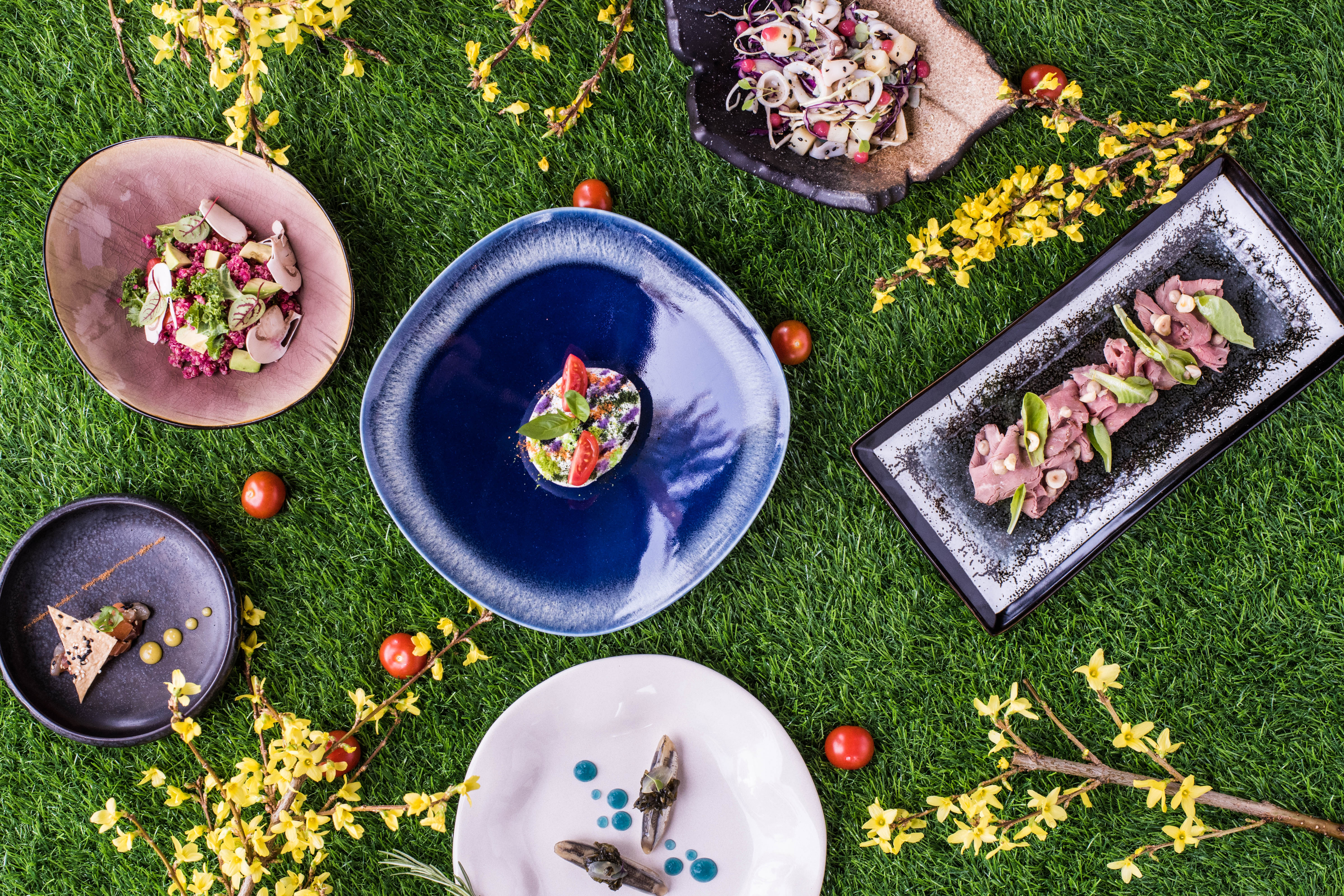 The classy Italian has a family-friendly brunch on Saturdays called Pranzo in Gardino (Lunch In The Garden), which offer an “afternoon picnic vibe” plus activities for kids including face painting. To eat, you’ll get to try the oyster and cocktail bar, share five antipasti dishes, a choice of one main, ice cream, a chocolate platter and signature cocktails.
The Galleria, Al Maryah Island, Abu Dhabi, 12pm to 4pm, Dhs245, kids under free eat for free. Tel: (02) 6279009. Taxi: The Galleria on Al Maryah Island. robertos.ae

Seek out The New Identity 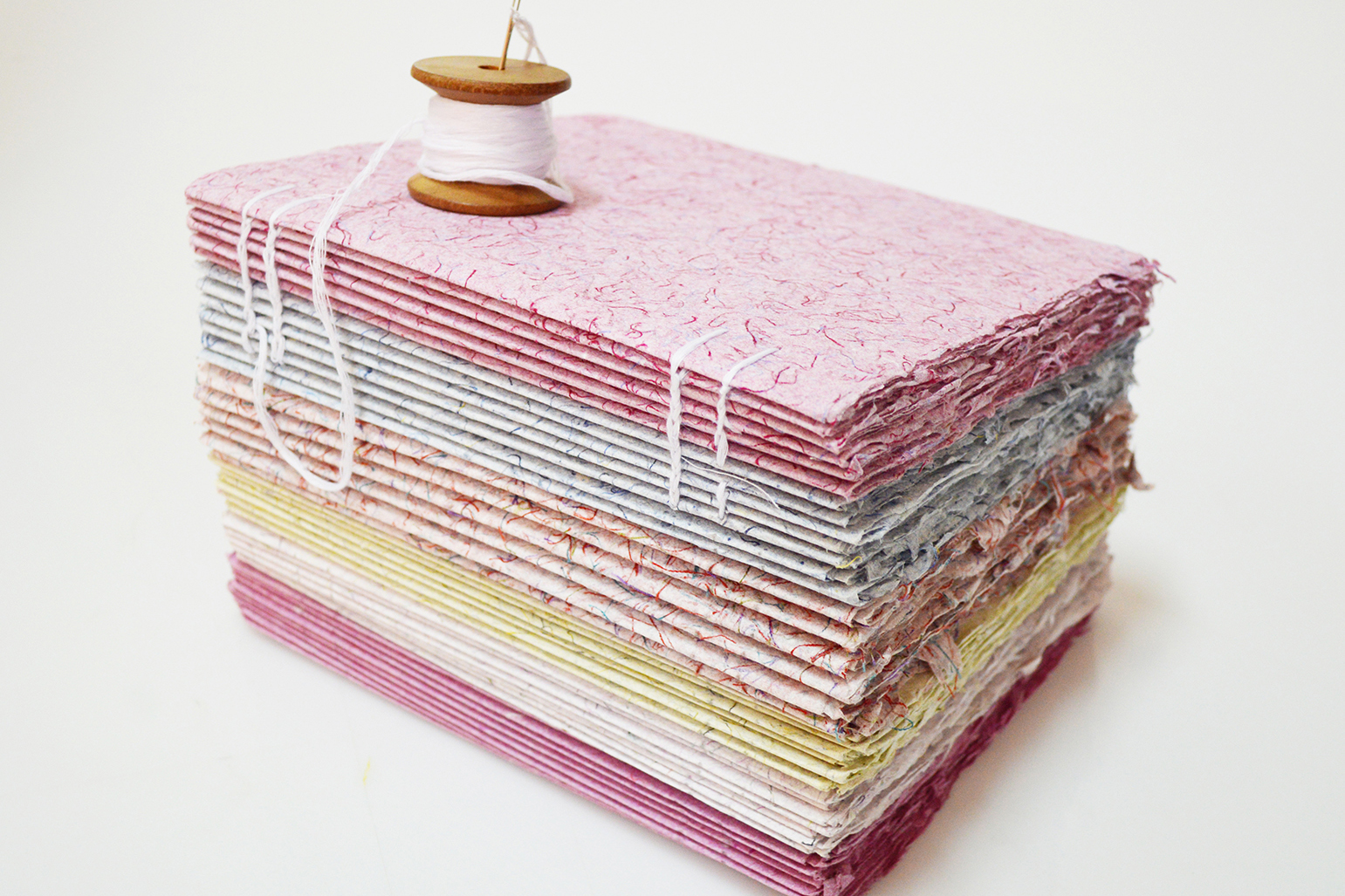 Art
Bars
Brunch
News
Nightlife
Outdoor
Restaurants
Sport & Fitness
Things to do
EDITOR’S PICKS
Ramadan in Dubai: 48 iftars to try
READ MORE
Where can Dubai residents travel? Check out these 14 destinations
READ MORE
Rumours, facts and reveals: New Abu Dhabi bars and restaurants
READ MORE
UAE announces reduced working hours for Ramadan 2021
READ MORE
MOST POPULAR
Breaking: Flights from India to UAE suspended for 10 days
A sweet new Japanese restaurant has opened in The Greens
Book a Yas Hilton Ramadan stay and play package from Dhs396pp
There's a cool new coffee shop to check out in Dubai
A new Irish venue is coming to Dubai with plenty of craic to boot
YOU SHOULD CHECK OUT
Our website uses cookies and other similar technologies to improve our site and your online experience. By continuing to use our website you consent to cookies being used. Read our privacy policy here.