Tom Cruise wraps filming on Mission Impossible in the UAE

The star has been shooting the sixth installment of the spy series in Abu Dhabi.

Tom Cruise has thanked “the amazing people of Abu Dhabi” after wrapping up the shoot of his latest film, Mission: Impossible – Fallout.

Earlier this week the Abu Dhabi Film Commission posted a photo of the actor to its Instagram account, confirming that the sixth installment of the spy series was being filmed in the UAE capital.

On Wednesday, Cruise tweeted that the shoot was complete.

Thank you to the amazing cast, crew and people of Abu Dhabi. That’s a wrap. #MissionImpossibleFallout pic.twitter.com/yKhcO9Cy61

The Hollywood star has been credited as the first actor to bring a major film shoot to the UAE. His 2011 blockbuster Mission: Impossible – Ghost Protocol was filmed in Dubai, with scenes in the desert, and an iconic scene in which Cruise scales the Burj Khalifa. 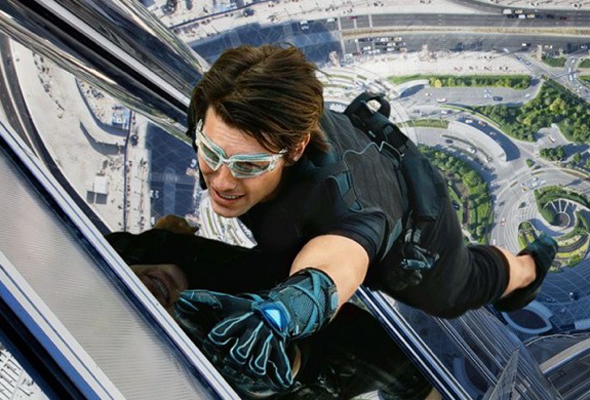 While in the UAE for his latest shoot, Cruise met with top media executive Ahmad Al Shaikh. According to Al Shaikh, the pair discussed “the best ways of making the UAE a hotspot and a magnet for global filmmaking”.

The film is scheduled for release in late July.

News
EDITOR’S PICKS
Here's the full list of UAE public holidays in 2023
READ MORE
23 incredible things to look forward to in the UAE in 2023
READ MORE
Hidden gems: 10 UAE desert pop-ups to discover this winter
READ MORE
Where to travel in 2023: 10 new flight routes from the UAE
READ MORE
MOST POPULAR
Here's what happened at the first What's On the Menu of 2023 at Mosaic, Nadja Street
Alternative ways to celebrate Valentine's Day in Dubai
Date night: The most romantic bars in Dubai
8 lively things to do in Dubai this week: Jan 30 to Feb 2
Address Beach Resort flash sale can save you 45 per cent on stays
YOU SHOULD CHECK OUT
Our website uses cookies and other similar technologies to improve our site and your online experience. By continuing to use our website you consent to cookies being used. Read our privacy policy here.