Summer is coming, but there’s still time to party outside…

This April, we’re kicking off our season bucket list with the ultimate guide of everything you need to do before summer strikes.

Whether it’s al fresco bars, outdoor brunches or the city’s best beach clubs, we’re rounding up the best ways to make the most of being outside while you still can.

And for the party people, there’s only a few weeks left to head to some of the city’s top open-air venues. 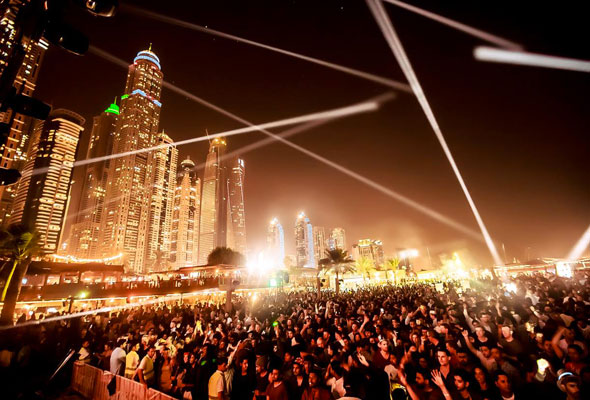 It’s been in Dubai longer than most of Dubai’s residents, but Barasti is a staple in the city’s al fresco partying scene. Whether it’s serving up local live music, a lively Thursday night vibe or the meeting point of the post-brunchers still wanting to carry on the party, Barasti is one venue you’ll want to be sure you make it to before the season is over.

Base Dubai burst onto the Dubai nightlife scene almost a year ago, drawing crowds to Dubai Design District every weekend. It plays host to some of the world’s top acts three times a week, and thanks to a state-of-the-art sound, light and pyrotechnic system, it’s almost like a mini music concert- but still comes with all the usual luxuries of a premium club. 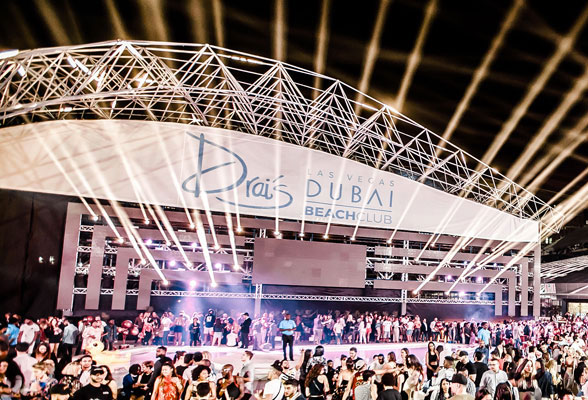 This lists newcomer is already drawing a solid crowd both during the day and after-dark. While we wait on the opening of the indoor club sometime over summer, there’s plenty of fun to be had at Drai’s beach club before it’s too hot. The day-to-night party venue imported from Vegas is set around a central plunge pool and comes complete with an elevated DJ platform. The VIP hotspot is also lined with private cabanas for daytime tanning and turns into a lively party hosted by local and international acts as night falls.

Don’t Miss: Their Tuesday ladies’ day, it’s one of the best new additions to the city’s daytime partying scene

The sky-high, multi-levelled, futuristic rooftop playground at Dubai’s Meydan is rated among one of the top clubs in the world. It’s seen a host of artists both perform and party at the club over the years with everyone from Armin van Buuren to Tinie Tempah making appearances. It’s famed for throwing some of the city’s top productions.

Don’t Miss: The season closing party. It’s not yet been announced, but we’re expecting a huge line-up.

You’re pretty much guaranteed a good time no matter when you go to Zero Gravity. Whether it’s a lazy pool day that turns into a lively party mid-week, one of their beach festivals that play host to some of the world’s top DJs, or their infamous Saturday party brunch, Zero Gravity caters to all crowds.