Star Wars has been a cultural phenomenon since the series launched way back in 1977. Going on to spawn countless sequels, books, toys – you name it – and capturing the hearts and minds of movie-goers young and old.

But with a franchise so steeped in lore, it can be difficult for new fans to get a grasp on the characters and stories that make the Star Wars universe so magical.

Which is precisely why Solo: A Star Wars Story – the latest entry into the mighty Star Wars canon – acts as a fantastic jumping-on point for newcomers.

Solo tells the origin story of a young Han Solo, the franchise’s loveable rogue, as he and his band of rapscallions pull off series of daring escapades deep within a dark and dangerous criminal underworld.

There’s action, drama and enough side-splitting laughs to rival the best on-screen comedies. And here’s why we think Solo: A Star Wars Story is worth watching, whether you’re a diehard fan or new to the series: 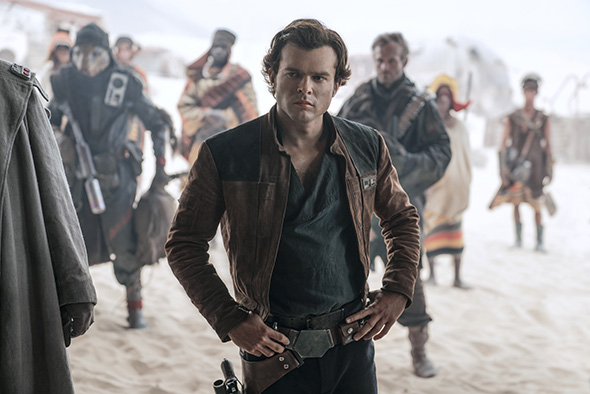 Following in the footsteps of an actor like Harrison Ford (who originally played the character) is no easy feat, but relative newcomer Alden Ehrenreich (Hail Caesar!) pulls it off masterfully. It’s clear that he studied Ford’s work from previous films, yet manages to still bring his own charm and charisma to the role, injecting a youthful exuberance to the character.

Ehrenreich is Han Solo for a new generation of Star Wars fans, from the cocksure swagger to the quippy one-liners.

Actress Emilia Clarke (Me Before You) is no stranger to playing opposite charismatic male leads in her starring role as the ‘Mother of Dragons’ in HBO’s Game of Thrones. In Solo, she plays Qi’ra, Han’s feisty first love, and every time the pair are on screen together it’s positively electrifying.

The will-they-won’t-they nature of their relationship is captivating, made even more so thrilling by the fact that Qi’ra hides a dark secret… 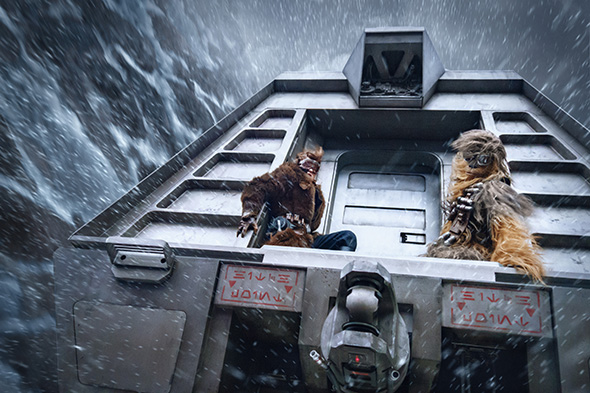 Directed by Hollywood heavyweight Ron Howard (Apollo 13), Solo: A Star Wars Story bounces between epic space battles aboard the iconic Millennium Falcon, and a clever caper movie that is as much Ocean’s 11 as it is sci-fi.

The action comes fast and furious, whether it’s a thrilling train heist or a scrappy throw down with some ill-tempered smugglers, you’ll be on the edge of your seat cheering Han and his crew on.

…and has a killer cast that makes you chuckle 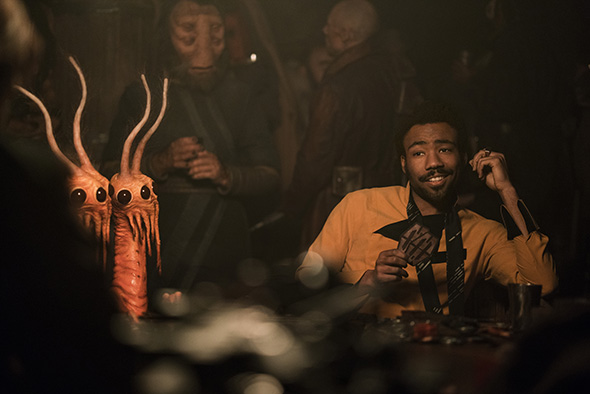 Speaking of Han’s crew: Solo boasts a cast of some of the funniest and most charming actors in the biz.

From Donald Glover’s (The Martian) turn as the suave smuggler Lando Calrissian, to the maverick spirit of career criminal Beckett played by Woody Harrelson (Three Billboards Outside Ebbing, Missouri), it’s a tough call to pick who chews up the most scenery.

If pressed, we’d say it’s a toss-up between the impeccable timing of Han Solo’s right-hand man, and wookie-with-a-heart-of-gold, Chewbacca and the quirky comedy of self-made droid L3-37 played by Phoebe Waller-Bridge (Fleabag).

All of them provide perfect comedic foils for Ehrenreich’s Han, elevating Solo beyond your typical sci-fi flick into something truly hilarious.

Solo: A Star Wars Story is currently screening in cinemas across the UAE.