A Hollywood film is going to be made about Sheikh Zayed

“This project will tell the story of a dynamic, powerful personality who helped create historic change”

2018 marks 100 years since the birth of the late Sheikh Zayed bin Sultan Al Nayhan, and the UAE has dedicated 2018 to remembering his legacy, with the Year of Zayed.

But the rest of the world is set to learn a little more about the UAE’s founding father, as a Hollywood film is going to be made about him. 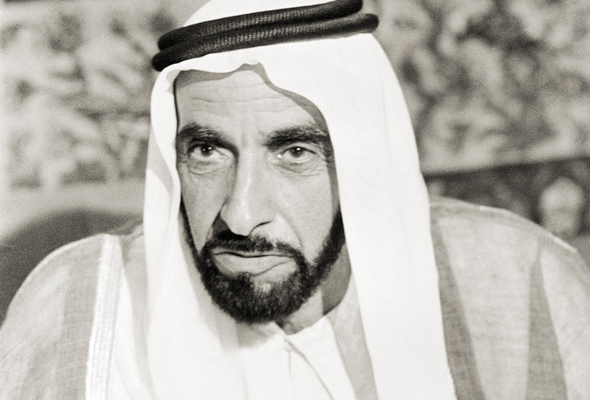 ALSO READ:
2018 will be the Year of Zayed: What does that mean?
9 great quotes from Sheikh Zayed, the founder of the UAE


The movie will be produced by STXfilms, who’s recent releases include I Feel Pretty starring Amy Schumer and the Academy Award-nominated Molly’s Game starring Jessica Chastain and Idris Elba.

Indian director Shekhar Kapur, who helmed Elizabeth: The Golden Age, will direct the film, and the script will be the work of Entourage writer Cliff Dorfman.

“Patterned after great movies like ‘Gandhi,’ ‘Selma,’ and ‘Darkest Hour,’ this project will tell the story of a dynamic, powerful personality who helped create historic change,” said Adam Fogelson, chairman of STXfilms.

The news was first shared by Nour Al Kaabi, the Minister of Culture & Knowledge Development, via Twitter.

Further details, such as who will star in the film, release date, and whether it will be filmed in the UAE, are still unknown.

We can’t wait to find out more, and we’ll be sure to update you as more details are released.

Culture
Film
News
EDITOR’S PICKS
UAE holiday dates announced for National Day
READ MORE
Emirates Dubai 7s is back: Here's why we're excited...
READ MORE
Tennis ace Andy Murray to play at Mubadala World Tennis Championship
READ MORE
UAE 50: Where to watch National Day fireworks in Dubai
READ MORE
MOST POPULAR
RTA announces free parking in Dubai for National Day
Everything you need to know about Emirates Dubai 7s
Marriott Downtown: Half price brunch, spa and dining for Jubilee weekend
6 cool things to do in Abu Dhabi this week: Nov 28 to Dec 1
Travelling from UAE to UK? You'll now need to take a PCR test on arrival
YOU SHOULD CHECK OUT
Our website uses cookies and other similar technologies to improve our site and your online experience. By continuing to use our website you consent to cookies being used. Read our privacy policy here.