As the Year of Giving draws to a close, we’re looking to 2018, which will be the Year of Zayed.

This is because 2018 will mark 100 years since the birth of the founding father of the UAE, Sheikh Zayed bin Sultan Al Nayhan. 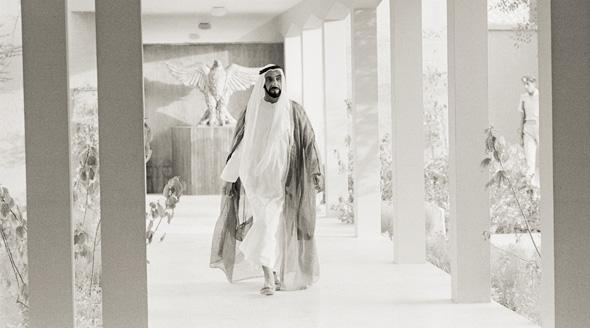 The year will not only be about remembering all that Sheikh Zayed did to form the UAE of today, but it will also, like with the Year of Giving, be about instilling his values across the community.

From what we’ve read so far it sounds like this will mean initiatives, events and awards across the UAE that promote values of tolerance, progression, environmentalism and leadership, as well as charity.

Abu Dhabi’s Crown Prince, H.H. Sheikh Mohammed bin Zayed Al Nahyan has said that 2018 being the Year of Zayed will mean it’s all about “tolerance”.

“The UAE’s image is founded on a core belief system of tolerance and coexistence,” he explained. “Nations across the world call to uphold and strengthen this belief in light of the growing fanaticism and hatred that threatens international peace and security.”

“The late Shaikh Zayed established a global school of tolerance and coexistence because he knew that from the Union’s beginnings, the UAE’s uniqueness lay in its ability to welcome different races, religions, and cultures without abandoning its social and cultural identity. The principles in which the late ruler believed, and strived for, were aimed at creating a world of coexistence and peace,” he added.

*WATCH: 6 amazing places of worship in the UAE*

The UAE’s President H.H. Sheikh Khalifa bin Zayed Al Nahyan, said that the union Sheikh Zayed created between the seven emirates “was based on unity and solidarity to build a progressive society that benefits everyone, and in which people live in security and stability”.

*ALSO READ: 9 great quotes from Sheikh Zayed, the founder of the UAE*

Sheikh Khalifa has said that during the year the people of the UAE will be encouraged to uphold the “noble values instilled in them by the late Sheikh Zayed, including those of wisdom, respect, determination, loyalty, a sense of belonging to the nation, and a willingness to make sacrifices at whatever cost”.

Born in 1918 to the Bani Yas tribe in Abu Dhabi, Sheikh Zayed bin Sultan Al Nahyan became the president of the UAE in 1971, a role he maintained until he passed away in 2004. It’s safe to say that he saw the country completely transform under his rule.

H.H. Sheikh Mohammed bin Rashid Al Maktoum, ruler of Dubai and Vice President of the UAE, explained why Sheikh Zayed very much represents the UAE of today (and tomorrow): “Sheikh Zayed has instilled in us the willpower and determination to challenge and achieve the impossible. This is why we are always convinced that we are capable of being pioneers and to become one of the best countries in the world. He inspired us to see his way to the future, to follow in his footsteps with confidence and insight, and to consolidate the gains and achievements.”

Dubai’s Sheikh Mohammed added that Sheikh Zayed was a model leader: “He was modest, and he personally checked on the needs of citizens. He would visit their homes and attend their occasions, thereby creating a unique bond with the people, becoming an inspiration to many in our region and the world.”

– “The best way to celebrate the Year of Zayed would be by spreading Zayed’s glorious human and cultural legacy via all the people of the UAE, to continue his inspirational and noble values, and introduce these ideals to new generations.” – Sheikh Mohammed bin Zayed Al Nahyan

– Much of the Year of Zayed will continue on from the Year of Giving – in 1971 Sheikh Zayed established the Abu Dhabi Fund for Development, which channelled a slice of the UAE’s oil riches into 40 developing nations in the Arab world, Asia and Africa. He also spent much of the nation’s wealth building schools and hospitals in the UAE, and sustaining orphanages across the globe.

*ALSO READ: 12 facts that show how Emirati women are empowered*

– The Year of Zayed initiatives are also likely to bolster the UAE’s Gender Balance Council, considering Sheikh Zayed was, for his time, very forward-thinking on women’s labour rights and access to education:

Sheikh Zayed, Founder of the #UAE?? was a strong supporter of women’s rights. ? See booksarabia.com to learn more…

The coffee table book Father of Our Nation, Dhs95, is available to buy online now.

– “Sheikh Zayed’s main objective was to invest in building the Emirati person, believing in his or her ability to actively participate in the building of the nation.” – Sheikh Mohammed bin Zayed Al Nahyan

– “We are inspired by Sheikh Zayed’s school of management… this is why we have launched the “UAE Centennial 2071”, which includes a comprehensive government programme with a national strategy to enhance the country’s reputation and soft power and ensure that there are sustainable and diverse sources of government revenues.” – Sheikh Mohammed bin Rashid Al Maktoum.

– According to Gulf News some of the aims of the Year of Zayed will be to invest in education, “build a system of ethical values for our future generations, to boost productivity of the national economy, and to enhance community cohesion.”