A massive EDM festival with a twist is coming to Dubai

A massive mashup festival of Chinese culture and EDM music is set to land at Dubai’s Meydan Hotel this November.

Brought to you by Envie Events (who put on other big EDM festivals such as Unite with Tomorrowland and Sensation), Bao Festival is promising two days of ‘music, dance, fashion, food, carnival, culture & leisure – all celebrating the Chinese culture and its long-standing relationship with the Middle East’.

It might not be the most likely combination, but we’re into it. 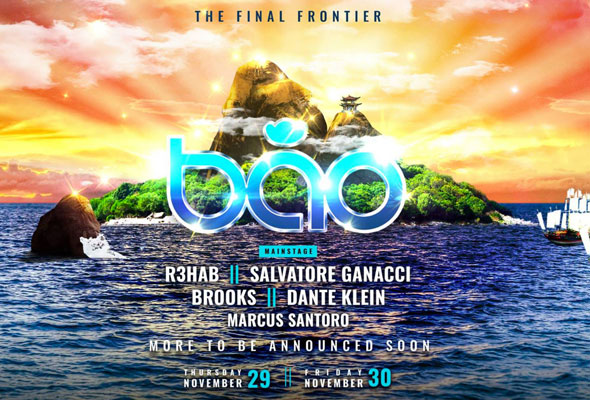 ALSO READ: 2018 in music: All the artists confirmed to perform in Dubai this year

Where did the festival come from? Well, it’s inspired by the voyages of ancient Chinese explorer Zheng He, who led seven voyages during the early 15th century in search of treasures (hence the name Bao, which literally translates to ‘treasure’), one of which was to the Middle East.

Inspired by the seven voyages, there will be EDM artists from each of the regions performing at the festival. Although the full line-up is yet to be announced, Bao festival is currently advertising EDM heavyweights R3hab, Salvatore Ganacci, Brooks, Dante Klein and Marcus Santoro.

Tickets for the two day festival are priced at Dhs550 for entry to both days.

Nightlife
EDITOR’S PICKS
UAE holiday dates announced for Eid Al Adha
READ MORE
Another update: Emirates extends suspension of flights from India to UAE
READ MORE
Coming soon: Everything we know about Ain Dubai so far
READ MORE
Khorfakkan set to open new tourist attraction 580 metres above sea level
READ MORE
MOST POPULAR
It's Dhs350 to brunch, stay and play at the What's On Lock In this weekend
After party: 8 of Dubai's best after-brunch deals on a Friday
Jones The Grocer is bringing its cheese, grape and jazz night to Abu Dhabi
A two-day art festival is taking place in Alserkal Avenue this weekend
Transport to Greece as Opa's monthly brunch returns
Al Qana update: Abu Dhabi mega project announces four new F&B outlets
YOU SHOULD CHECK OUT
Our website uses cookies and other similar technologies to improve our site and your online experience. By continuing to use our website you consent to cookies being used. Read our privacy policy here.