Nelly to perform in Abu Dhabi for F1

News just in: US rap star Nelly has just been added to the bill at Mad on Yas Island over the Abu Dhabi Grand Prix. The Dilemma hitmaker will perform at the indoor super club on Thursday November 22, kicking off a huge four-day line-up at the venue.

The award-winning star has had a huge number of hits across his 25-year career releasing a staggering 47 singles across seven studio albums.

He’s most famed for his hits Hot In Here, Just A Dream and Dilemma, which he released with Kelly Rowland.

No stranger to Mad, Nelly last headlined at the venue back in May last year. 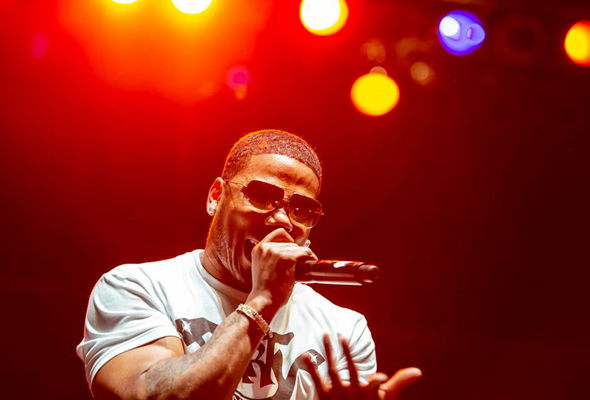 Nelly joins French Montana as part of the Mad on Yas Island line-up, with more artist announcements expected soon. The official after race concerts were announced early in the year, and will see performances from rapper Post Malone, Brit popstar Sam Smith, urban star The Weeknd and the legendary rockers Guns N Roses.

Entry to the super club will be Dhs150 for ladies inclusive of one drink and Dhs300 for guys including two drinks.

With the Abu Dhabi Grand Prix fast approaching, some big name stars are expected to headline across the emirate during the weekend of celebrations.

Who else are you hoping will join him?

Clubs
Nightlife
EDITOR’S PICKS
Ramadan in Dubai: 40 iftars to try
READ MORE
Where can Dubai residents travel? Check out these 14 destinations
READ MORE
Rumours, facts and reveals: New Abu Dhabi bars and restaurants
READ MORE
UAE announces reduced working hours for Ramadan 2021
READ MORE
MOST POPULAR
3 mega-venues opening in Dubai that you need on your radar
6 fun things to do in Abu Dhabi this week: April 18 to 21
Book an unforgettable escape to Mӧvenpick Resort Kuredhivaru Maldives
Review: Is Lucky Fish worth its salt at West Beach?
Not in the office? The best cafes and restaurants to work from in Dubai
YOU SHOULD CHECK OUT
Our website uses cookies and other similar technologies to improve our site and your online experience. By continuing to use our website you consent to cookies being used. Read our privacy policy here.