3 festive markets in Dubai you can still visit after Christmas

Christmas Day might be done and dusted for another year, but that doesn’t mean the festive cheer is finished.

At these three Dubai Christmas markets, you can still get your festive fix even after Christmas Day. 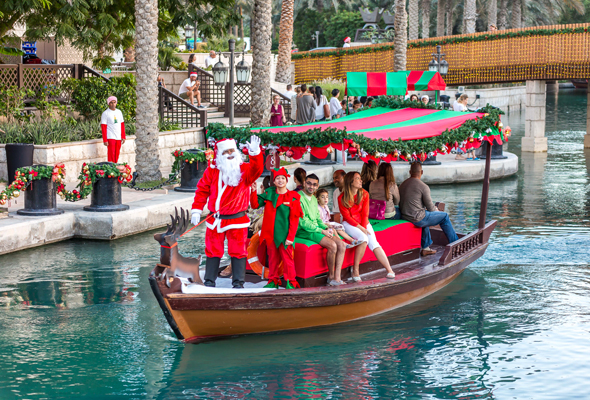 Dig out your Christmas jumper and loosen up those carol-singing vocal chords as the Madinat Jumeirah festive market is running until December 28. The Fort Island festivities will run for nine days and will feature a traditional German market, food stalls, the opportunity to ride an abra with Santa, and of course, the stunning Christmas tree. 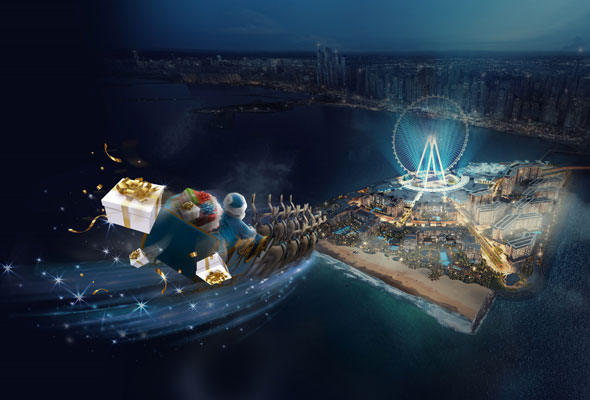 If your idea of the perfect silly season includes a festive market, live music, a huge Christmas tree, and snow then you might want to make your way to Bluewaters. Described as Santa’s Secret Island, Bluewaters now has a 12-metre-tall bespoke Christmas tree at its entrance, plus three giant snow machines that will shower snow throughout the day. A festive market, set among snow-laden trees, will feature themed kiosks selling unique gifts, alongside food and drink stalls.

Bluewaters, off JBR, Dubai Marina, 1pm to 11pm on week days, and 1pm to midnight on weekends, December 13 to January 5. Facebook.com/Bluewaters 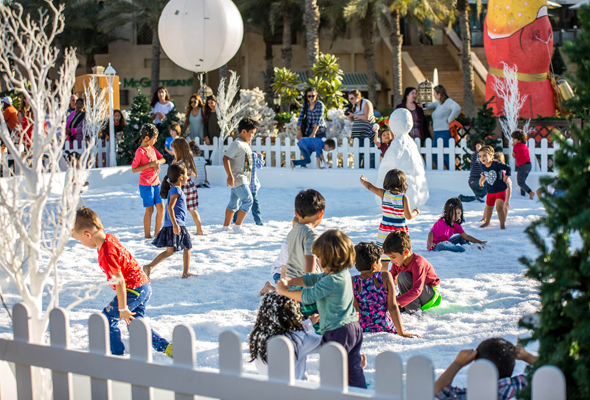 Transforming into a winter wonderland this year, is Jumeirah Creekside Hotel. The hotel garden will feature a German market, a mini train ride headed for the North Pole, face painting and a two-lane bungee jump. You’ll also be able to tuck into a selection of seasonal food and drink as you make your way around the market.

Christmas
EDITOR’S PICKS
13 Sheikh Hamdan-approved restaurants in Dubai
READ MORE
Dubai brunches temporarily banned in new preventative measures
READ MORE
12 upcoming Dubai mega-projects we can't wait for
READ MORE
16 of the best beach bars in Dubai for sundowners
READ MORE
MOST POPULAR
Abu Dhabi restaurants where you can celebrate your love of Spritz
6 great beachside breakfast spots to try in Dubai this weekend
7 great deals to check out in Original Wings & Rings in March
Throwback: Check out these photos of the UAE's first hotel
5 empowering ways to celebrate International Women's Day in Dubai
YOU SHOULD CHECK OUT
Our website uses cookies and other similar technologies to improve our site and your online experience. By continuing to use our website you consent to cookies being used. Read our privacy policy here.