Jess Glynne, G-Eazy and DJ Snake to perform at RedFestDXB 2019

The headliners have just been announced for the Thursday of RedFestDXB, and whether you’re a pop, rap or house fan, you’re in for a treat. 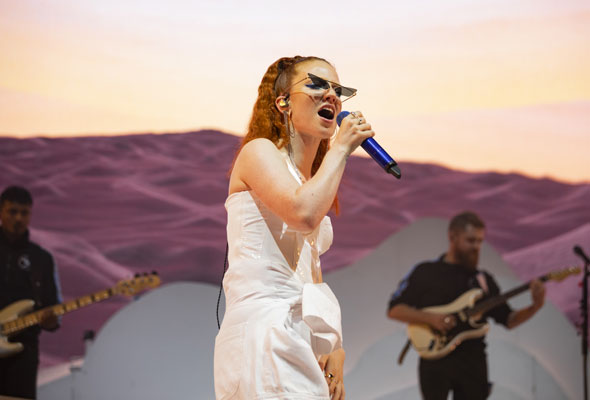 They join the already announced Camilla Cabello, Macklemore and Jax Jones, who will all take to the stage on Friday February 15 at the two-day festival.

Tickets for the gigs, which take place every year at Media City Amphitheatre, are now on sale from Dhs395 for one day, or Dhs695 for both days.

No stranger to Dubai, Jess Glynne was last in the city to perform in 2016. The London-born star has had two number one albums and a string of hits over the last few years, and we can’t wait to see her perform songs including Hold My Hand, Don’t Be So Hard On Yourself, and newer releases including Thursday and All I Am.

It’s also not the first time G-Eazy has hit the stage in Dubai – he was here earlier in the year performing at clubs including Base Dubai and Cavalli. The American rapper has collaborated with stars including Halsey and Bebe Rexha on hits such as Him & I and Me, Myself and I.

DJ Snake will also be making his return to Dubai in 2019, having performed last at Nasimi in 2016. The French-born DJ has collaborated with some of the greatest hip-hop and pop artists in the industry, including Diplo, Lil Jon and Lady Gaga.

It’s going to be a big month for music in February 2019, as RedFest DXB will take place the weekend before Dubai Jazz Festival. Last month the line-up for the annual music festival was revealed, and will see Alicia Keys, Snow Patrol and Jamiroquai all take to the stage from February 20 to 22.

Nightlife
EDITOR’S PICKS
Ain Dubai will open with fireworks, live music and a drone show
READ MORE
Incredible Aura SkyPool to open in Palm Tower this November
READ MORE
Brit Grand Slam hero Emma Raducanu confirmed for Mubadala Tennis
READ MORE
What’s On Nightlife Awards 2021: Here are the nominees...
READ MORE
MOST POPULAR
The most up to date information for entering Abu Dhabi: Oct 2021
First look: Instagram breaking 2D cafe, Forever Rose opens in Yas Mall
Emirates warns passengers to arrive early to DXB airport this weekend
Pics of the week: Your best photos of the UAE
Take a look inside the brand new Madame Tussauds Dubai
YOU SHOULD CHECK OUT
Our website uses cookies and other similar technologies to improve our site and your online experience. By continuing to use our website you consent to cookies being used. Read our privacy policy here.