Qasr Al Hosn to open with a full week of celebrations

The historic site is extending its opening hours for the first week.

It’s been over a decade in the making, and on Friday, Qasr Al Hosn will finally re-open to the public.

The newly renovated landmark is the oldest and most significant heritage site in Abu Dhabi. The site is made up of two buildings – the inner fort, which dates back to 1795, and the outer palace, which was built in the 1940s. 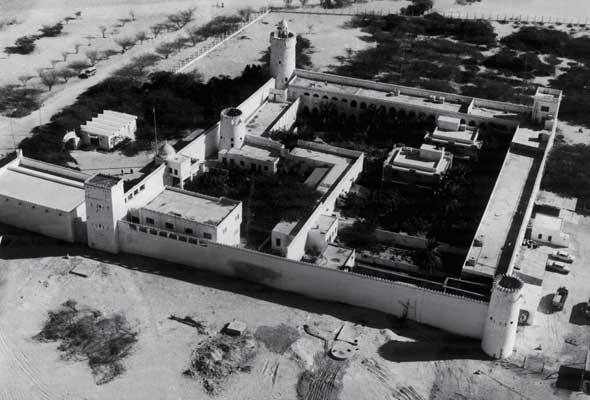 But now, it will begin the next chapter of its colourful history as a museum, tracing Abu Dhabi’s development from fishing village to modern metropolis.

The wider Al Hosn cultural site will also be home to the Cultural Foundation, the National Consultive Council building, and the House of Artisans.

During opening week, the site will extend its opening hours from 10am to 10pm Sunday to Thursday, and until 11pm on Friday and Saturday.

The site will normally be open from 9am to 7pm Saturday to Thursday, and from noon to 10pm on Fridays.

Entry to the Qasr Al Hosn permanent exhibition (the museum) costs Dhs30, but you can enter the general site to have a look around for free.

Free tours, workshops, and musical performances will take place during opening week, to help bring the site’s history to life.

At the House of Artisans, you’ll find local artisans offering workshops and demonstrations of traditional Emirati crafts including Tali embroidery and Al Sadu weaving from 9am to 7pm Saturday to Thursday, and 2pm to 10pm on Friday.

For more information on Qasr Al Hosn, visit the website.

News
Things to do
EDITOR’S PICKS
Ain Dubai will open with fireworks, live music and a drone show
READ MORE
Incredible Aura SkyPool to open in Palm Tower this November
READ MORE
Brit Grand Slam hero Emma Raducanu confirmed for Mubadala Tennis
READ MORE
What’s On Nightlife Awards 2021: Here are the nominees...
READ MORE
MOST POPULAR
Nancy Ajram and Ragheb Alama are performing at Expo 2020 Dubai in November
Miami Beach-inspired luxury resort Th8 Palm is opening in November
Watch your next film under the stars as outdoor cinemas return to Dubai
This new ladies' night offers a free open bar every Tuesday
This Sicilian rooftop party brings Godfather glamour to Dubai
YOU SHOULD CHECK OUT
Our website uses cookies and other similar technologies to improve our site and your online experience. By continuing to use our website you consent to cookies being used. Read our privacy policy here.