Work has begun on a brand new “supertall” tower that will house a luxury hotel, high-end restaurants, health spas and residences.

The 78-storey Uptown Tower, is aptly located in the upcoming Uptown Dubai district (formerly known as the Burj2020 district), which is located within walking distance of JLT. The stunning new addition to the Dubai skyline will also feature a faceted glass façade to mimic the brilliance of diamonds.

Belhasa Six Construct, the developer of the supertall tower, has not yet revealed its height. 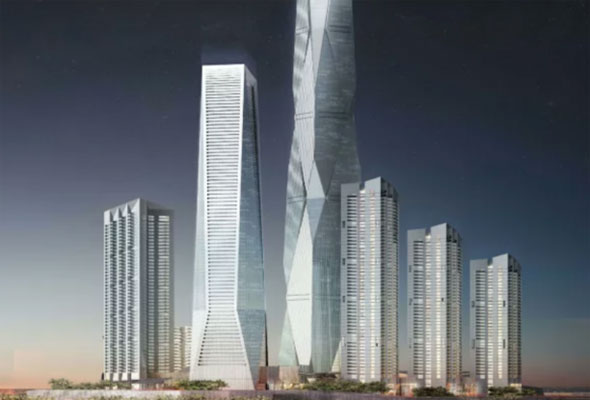 You can see what the tower will look like above (it’s pictured to the left of the super tall Burj 2020 tower).

As well as offering breathtaking Dubai skyline views, inside the tower will be high-end restaurants, a luxury spa, offices, residences and a luxury hotel. It has already been confirmed that AccorHotels’ luxury brand So/ will be located in Uptown Tower. The hotel is set to open in 2020, and will be the brand’s first location in the Middle East.

It’s one of two supertall towers designed by architects Adrian Smith and Gordon Gill (who are also behind the 1km-high Kingdom Tower currently under construction in Jeddah) that will make up the focal point of the area.

ALSO READ:
A new Dhs1.3 billion residential development has been unveiled for JLT

What do we know about Uptown Dubai? 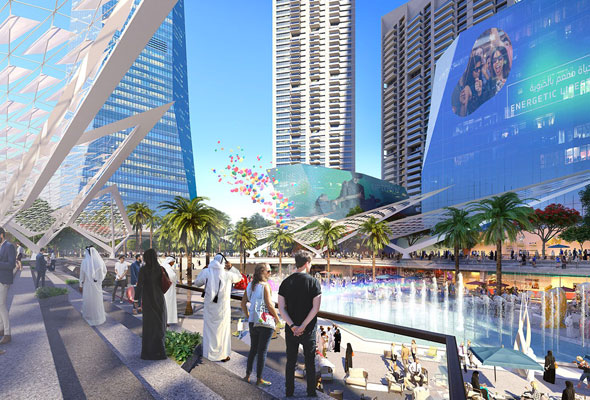 The district will feature more than 200 retail outlets and restaurants, as well as 3,000 residences, across 10 million square feet.

A two-level central plaza, that DMCC is saying will be larger than Times Square in New York, will sit atop the area’s main podium, 28 metres above ground, and house retail outlets and a mall, as well as provide direct access to both towers.