Want to get super fit and be on TV? Apply for Fighting Fit Dubai. Let’s go champ…

The creators of Fighting Fit Dubai – a reality TV show that follows a group of everyday men and women on a physical and mental journey into the world of amateur boxing – need you.

Now in its third series, Fighting Fit Dubai, the homegrown TV hit is about to launch its new 28-episode season on ESPN.com. Applications are still open online until February 24, with producers expecting the cast of the show’s third season to be its most diverse yet.

Male and female contenders between 25 and 57 years of age who have never fought as a white collar, amateur or professional boxer in a boxing match, can apply online by visiting Fighting Fit Dubai social channels (@fightingfitDXB). All those who apply and meet the basic criteria will be invited to initial trials which start on March 1.  Over its past two seasons, the homegrown series has seen contestants transform not only physically, but also mentally.

What happens during the competition?

Potential contestants will battle through six weeks of grueling training and challenges, leading to a final Fight Night on April 26 at Zabeel House by Jumeirah, The Greens, which will determine the winning team. 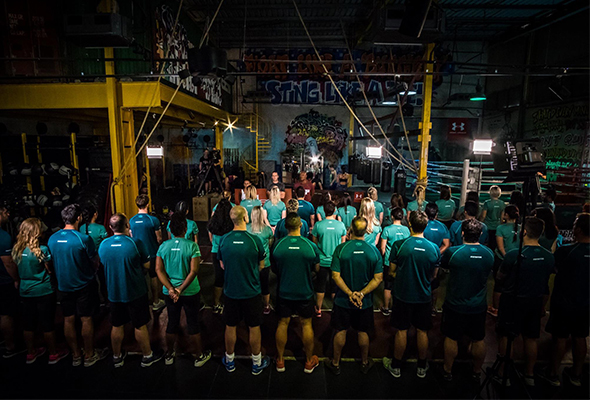 From trials beginning on March 1, two teams of six people and 12 reserves will be selected, with teams facing weekly challenges and showdowns in the ring, not only fighting for glory but for their chance to stay in the show.

Check out facebook.com/FIGHTINGFITDXB for more, if you think you’re hard enough…

Sport & Fitness
TV
EDITOR’S PICKS
9 royal-approved Dubai restaurants
READ MORE
12 incredible rooftop pools in Dubai to check out
READ MORE
16 of the best beach bars in Dubai for sundowners
READ MORE
Covid-19 rules in Dubai: all the updates you need to be aware of
READ MORE
MOST POPULAR
Join us for a preview of Fairmont Bab Al Bahr's Valentine's dine around
FlyDubai launches flights to Doha, Malta and Salzburg
Teatro Abu Dhabi has launched a special healthy menu
Four reasons why you should check out Asil this month
Win a BMX in the new Hudayriyat Circuit X youth time trial event
Hello, Glo: The new bar and lounge now open in DIFC
YOU SHOULD CHECK OUT
Our website uses cookies and other similar technologies to improve our site and your online experience. By continuing to use our website you consent to cookies being used. Read our privacy policy here.