10 of Dubai's best chefs (who actually live and work here)

There’s no shortage of celebrity chefs with restaurants in Dubai. In fact, the city has firmly established itself as a hotspot for culinary A-listers to bring their signature menus to the region, and it’s a market every high profile chef seems to want to conquer.

But at What’s On, we’re all about championing local talent too – and we sure have plenty of it. With restaurants all over the city, and experience that’s taken them across the globe, here are 10 Dubai-based chefs you should know about. 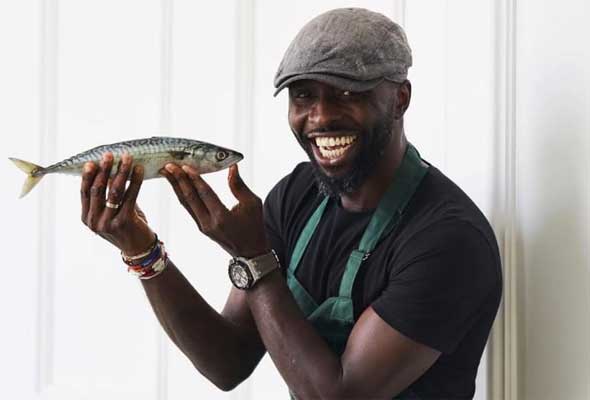 Each year, a few chefs imprint their names in the culinary language of their cities. Sometimes it’s because their new restaurant reshapes the city’s dining culture. Often, it’s just because their food is so incredible, we want to eat it over and over – and that is at the heart of what Izu Ani is capable of. He can put his hand to anything, whether that’s simple but delicious café food, fine dining French cuisine, or classy Greek dishes. He also serves one of the best shakshoukas we’ve ever had, and just so happens to be one of the nicest guys in town. 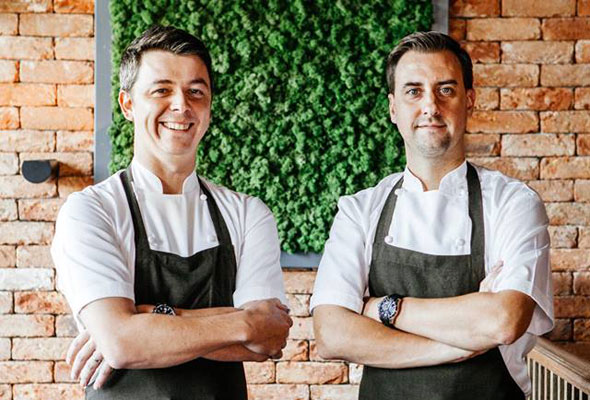 They were crowned Chef[s] of the Year at the 2017 What’s On awards, and for good reason. Nick Alvis and Scott Price have been integral to propelling the UAE’s status as a foodie destination as the brains behind Table 9 and Taste Kitchen. Their latest venture, Folly at Souk Madinat Jumeirah, is probably their best yet. It has quickly become one of the best restaurants in the city, with outstanding views to match a spectacular modern European menu. 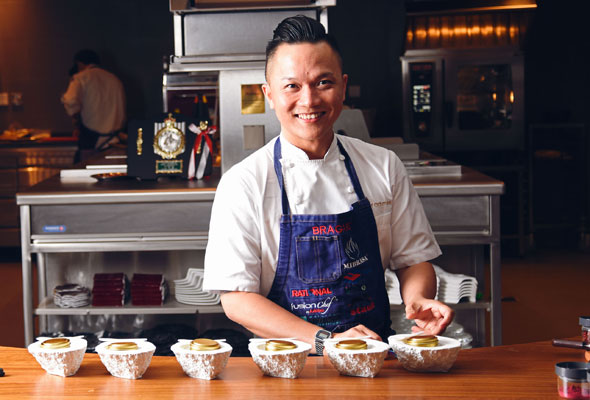 Few local chefs garner the attention of the masses the way Reif Othman has. In fact, referring to Reif Othaman as just a ‘chef’ almost seems offensive (though he wouldn’t have it any other way). To us, Reif is a scientist, an artist and one of the most passionate people we’ve ever met. After leaving Zuma in 2015, he ventured on his own, churning out ‘Mediterrasian’ dishes at Play Restaurant & Lounge, and then on to Sumosan. After departing Sumosan, Othman has been hosting pop-ups across the city at Waka in Business Bay, Roti Rollers in La Mer and this week Akiba Dori in d3, bringing exciting four hands dinner concepts and tasting menus to lesser known hotspots in the city. 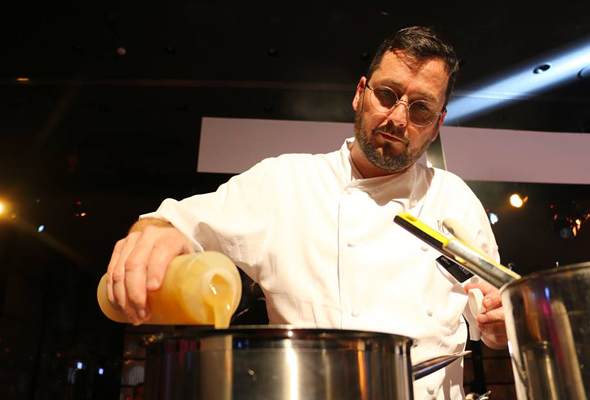 Chef Colin Clague is famous in Dubai for running some of the best restaurants in the city, including Jean Georges, Zuma and Qbara. Ruya, located in the Grosvenor House Dubai, serves up truly delicious Turkish food. His dedication to his craft is clear: he can always be seen in the kitchen conducting his team. He even travelled the length and breadth of Turkey to find the best Anatolian dishes to bring modern versions of them to Ruya in Dubai. He’s since gone on to open his Dubai restaurant in the UK, with the arrival of Ruya London. 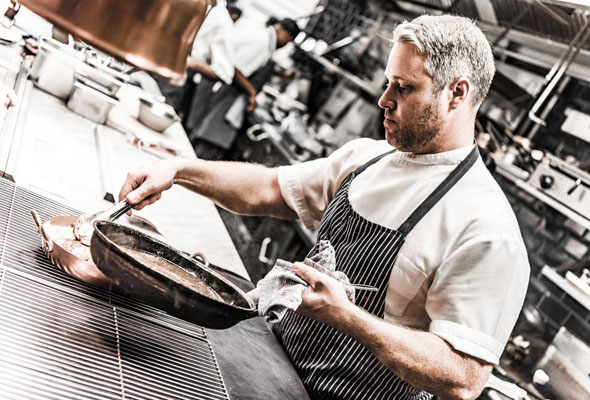 You may not have heard of Timothy Newton, the executive chef behind famed French fine-dining-meets-party spot Bagatelle. And that’s probably because that’s exactly how Newton likes it. Preferring the lights of the pass to the bright lights of Dubai’s social dining scene, this executive chef lets his food do the talking. His 15 years of industry experience have taken him around the world, and his culinary talents now lead him to producing some of Dubai’s finest French fare, from escargot to whole roast chicken with foie gras. 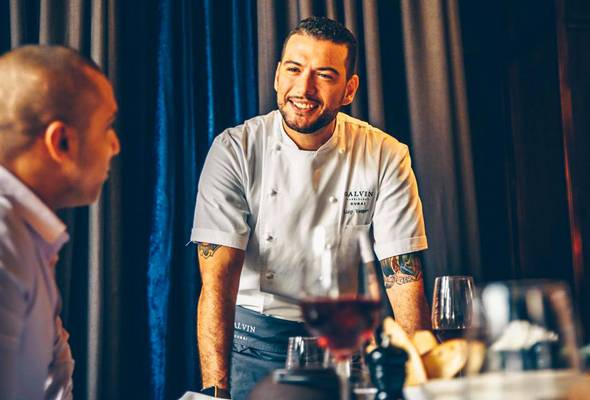 While the famed Galvin brothers man their highly successful restaurants abroad, it’s left to executive chef Luigi Vespero to helm the kitchen at their City Walk bistro. Vespero has worked alongside the brothers in London for many years and is as dedicated to producing quality food as they are. The modern bistro produces a menu of consistently great offerings, and its executive chef is certainly one to watch.

No stranger to Dubai’s ever-changing foodie scene is Tom Arnel. One part of the original Tom & Serg duo, he’s the culinary mastermind behind the original Tom&Serg which opened in 2014, and some of the city’s top cafes and casual dining spots including Common Grounds, The Sum of Us and Brunswick. You can often find him inside one of his Dubai venues, changing menus or mixing up new dishes at the city’s best hipster hangouts.

The creative mind behind Waka Dubai, chef Roberto Segura can be credited with bringing Peruvian cuisine to the forefront of Dubai’s dining scene. Famed for its beautifully presented dishes and exciting flavour combinations, you can regularly find Segura at the helm of his Business Bay kitchen. He’s also the mastermind behind wholesome casual eatery Craft Cafe, showing his creativity and culinary flair extends past his passion for Latin American cuisine.

Another chef that shies away from the spotlight is Craig Best, who is now at the helm of Gordon Ramsay’s latest Dubai restaurant, Hell’s Kitchen. He came through the ranks at Marina Social, where he was previously head chef, and has perfected British and European food served with French flare.

Bookmark this list, as we will definitely be adding to it…