The UAE Food Bank collects surplus fresh and canned food which is then distributed to those in need, both in and outside of the UAE.

The UAE Food bank is one of the country’s best humanitarian initiatives. The non-profit organisation partners with hotels and restaurants, food-manufacturing companies and supermarkets to take surplus food and distribute it to those in need.

Now, the non-profit charitable organisation, which launched on January 4 back in 2017 has just announced the opening of its third site in Al Muhaisnah-2 in Dubai after Al Quoz, Al Bada’a. 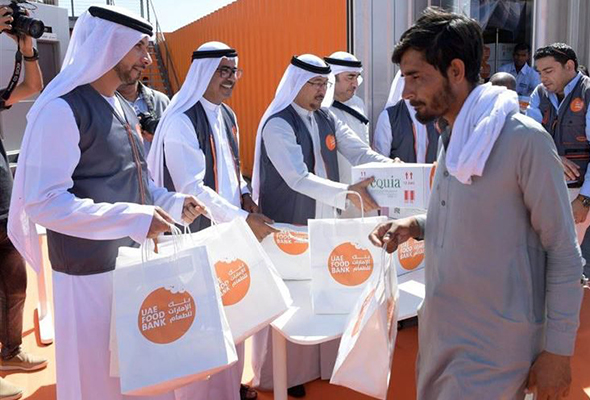 The organisation operating under the umbrella of the Mohammed Bin Rashid Al Maktoum Global Initiatives collects surplus fresh and canned food which is then distributed within the country in cooperation with local and international food establishments and charitable and humanitarian organisations.

The first branch of the UAE Food Bank opened in Dubai’s Al Quoz area in April 2017, after the initiative was launched by UAE Prime Minister and Dubai’s ruler Sheikh Mohammed bin Rashid Al Maktoum as part of the UAE’s Year of Giving.

Since its inception it has collected and distributed around 4,500 tonnes of food.

“Through this institution, we aim to involve the largest number of community organisations and volunteers in a new charity system,” said Dawoud Al Hajri, director general of Dubai Municipality and deputy chairman of UAE Food Bank.

The UAE Food Bank is also looking to develop its network to include a large number of partnerships as well as to build regional and international partnerships.

If you want more information on the UAE Food Bank and how it operates, check out our explainer.

News
EDITOR’S PICKS
UAE holiday dates announced for Eid Al Adha
READ MORE
Emirates extends suspension of flights from India to UAE again
READ MORE
Coming soon: Everything we know about Ain Dubai so far
READ MORE
Khorfakkan set to open new tourist attraction 580 metres above sea level
READ MORE
MOST POPULAR
UAE is finally moved from the UK's 'red list' to 'amber'
A cool new hotel is opening in Jumeirah Village Circle in September
Resident returning to the UAE? Here's the approval form
WizzAir Abu Dhabi will start flying to Italy with fares from Dhs129
Get two-for-one on Friday brunch at this popular Dubai pub
YOU SHOULD CHECK OUT
Our website uses cookies and other similar technologies to improve our site and your online experience. By continuing to use our website you consent to cookies being used. Read our privacy policy here.