A retreat for people of determination was signed in Abu Dhabi to launch 31 sports, health, culture and education programmes in a bid to promote the integration of people with disabilities in society. 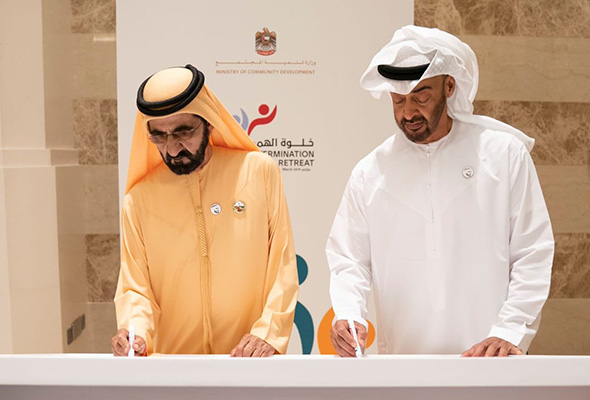 On Twitter, Sheikh Mohammed bin Zayed said, “Mohammed bin Rashid and I took part in the People of Determination Retreat. Our mission is to mobilize a global effort to empower them. Building societies properly requires the contribution of all its members & they are an important segment. We wish them a bright future.”

The cauldron was lit by the Torch of Hope, which has been on a tour of all seven emirates. The journey began on March 4 in Fujairah and has now reached Abu Dhabi, it’s final destination, ahead of the Special Olympics World Games Abu Dhabi 2019 Opening Ceremony on March 14.

My brother Mohammed bin Zayed and I lit the Flame of Hope as part of the Special Olympics World Games taking place in Abu Dhabi. The capital welcomes 7,000 participants from 170 countries in the Olympics that the Middle East hosts for the first time. Welcome to the UAE. pic.twitter.com/fAK9V2TLdC

The torch arrived from Athens on February 28 and has visited iconic locations in Dubai including Burj Al Arab, Dubai Frame, Al Seef Village, Atlantis Hotel and Burj Park. Special Olympics athletes known as Guardians of the Flame have been proudly tasked with carrying the torch around the UAE. 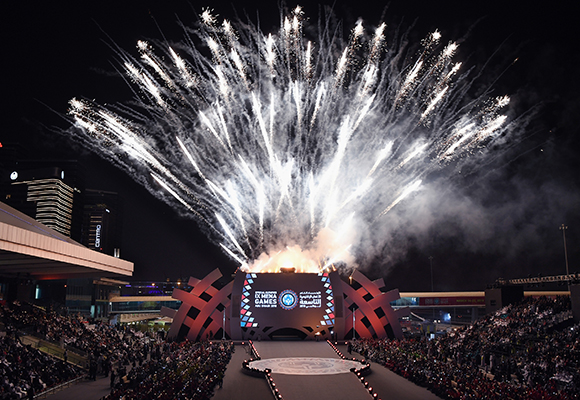 Culture
EDITOR’S PICKS
Ramadan in Dubai: 48 iftars to try
READ MORE
Where can Dubai residents travel? Check out these 14 destinations
READ MORE
Rumours, facts and reveals: New Abu Dhabi bars and restaurants
READ MORE
UAE announces reduced working hours for Ramadan 2021
READ MORE
MOST POPULAR
UAE: Strict restrictions may soon be in place for those who aren't vaccinated
Review: Rainforest camping at The Green Planet Dubai
The rules for children wearing face masks have been updated in UAE
Etihad sale: Surprise gift boxes and a chance to win 50 times your airfare
Break your fast in style at W Dubai - The Palm this Ramadan
YOU SHOULD CHECK OUT
Our website uses cookies and other similar technologies to improve our site and your online experience. By continuing to use our website you consent to cookies being used. Read our privacy policy here.