Popstar, songwriter and lead singer of No Doubt, Gwen Stefani is set to perform at the Dubai World Cup horse race on Saturday March 30.

The Hollaback Girl hitmaker will close a glamorous day of racing as Dubai World Cup returns to Meydan at the end of the month. Stefani is scheduled to take to the stage at 9.30pm.

No stranger to Dubai, Gwen last performed in the UAE to much fanfare at the opening party of Renaissance Downtown Hotel, Dubai in December 2017. She entertained a delighted crowd with an incredible back catalogue of hits stretching back to her No Doubt days – many called it the concert of the year. 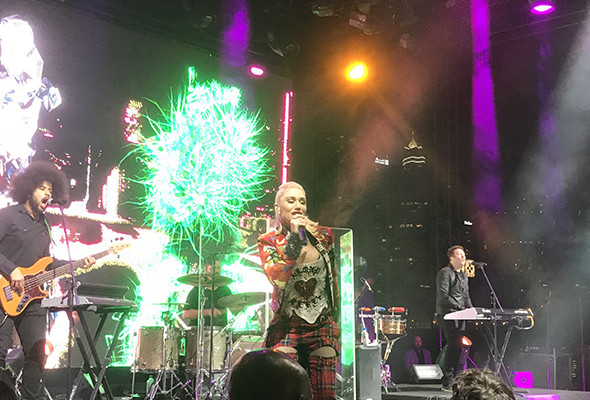 Packages for the race start from Dhs350, which grants race-goers to access to Apron Views, where Stefani will be performing. A variety of other tickets are available, depending on seat location and facilities.

The most premium package is tickets to the luxury Grandstand Suite, priced at Dhs5,750 per person.

Each year, the Meydan race welcomes a superstar performer to finish the event with a bang and with Stefani just announced, we’re confident that 2019 will be no different.

Previous acts have included popstars such as Sia, Janet Jackson, Kylie Minogue and Jennifer Lopez, so the event is no stranger to hosting talented pop divas.

The famous race is known as the ‘richest day in horse racing’, and has been an annual event since 1996, when it was created by HH Sheikh Mohammed bin Rashid Al Maktoum, Vice President and Prime Minister of the UAE and Ruler of Dubai.