Drifting down Jebel Jais, racing round Yas Marina Circuit… all in a weekends work for Will Smith…

Will Smith loves the UAE. Previously, he’s even called Dubai ‘his favourite city on earth’. So when he began his new Facebook Watch series, Will Smith’s Bucket List, it was no surprise the first episode was all about Dubai.

But in the latest episode, the 50-year-old actor is back in the UAE, this time taking part in a healthy racing car driving competition with son, Trey Smith.

And where better to do it than Yas Marina Circuit?

During the 20-minute long episode, Will Smith is invited to wave the flag at the 2018 Abu Dhabi Grand Prix, the final race of the season, and uses it as the perfect opportunity to kickstart a father-son competition with his eldest son Trey. 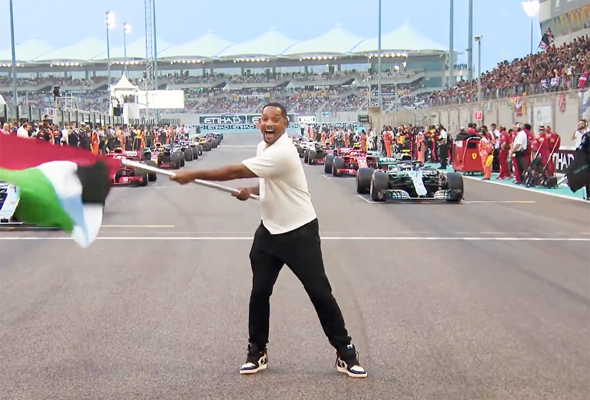 While the episode kicks off at the Abu Dhabi Grand Prix, with the Smiths catching up with F1 champion Lewis Hamilton, later on the two head to another emirate, Ras Al Khaimah.

It’s here that will and Trey go drifting down Jebel Jais.

Reaching electrifyingly fast speeds, the duo take it turns to drift through the mountains with experienced drivers by their side. 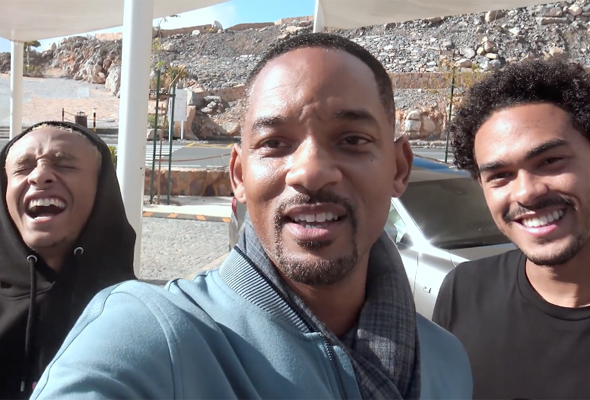 “This is what I love to do with my life” Trey tells the camera as the car races round each corner.

After getting their adrenaline fix at Jebel Jais, the duo, joined by Will’s younger son Jayden, head back to Abu Dhabi to prepare for their race.

And who better to give them some tips than five-time F1 champion Lewis Hamilton? Hamilton talks Will through the track, as well as giving him some top tips for winning the race. 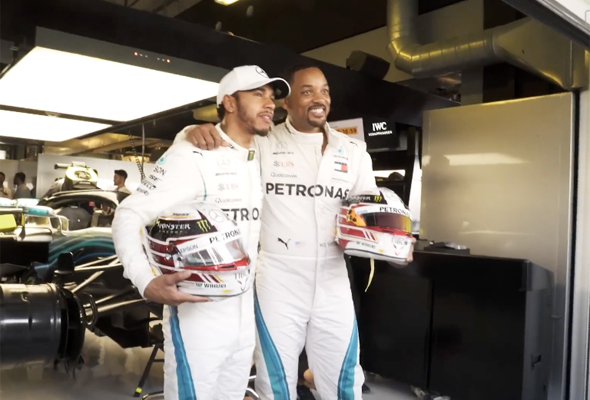 So, who wins the race? Well, by a few mili-seconds, Trey Smith beats his father to clinch the victory at Yas Marina Circuit, although agrees to share the victory with his father.

You can watch the full episode here: