If you weren’t already impressed with the list of supercars that are owned by the Dubai Police, the elite fleet now includes an Italian Coupé, Maserati Gran Turismo.

The luxury four-seater Maserati GranTurismo is equipped with a 4.7-liter and a 460-horsepower engine, and is able to reach incredible speeds of up to 300 km/h.

An inauguration ceremony was held at the Dubai Police Headquarters with HE General Abdullah Khalifa Al Marri, Commander-in-Chief of Dubai Police on May 14, introducing the supercar.

But this isn’t the first time a supercar has been introduced to the Dubai Police fleet of cars.

Late last year, the Dubai Police unveiled the ‘most advanced police vehicle in the world’, aptly named the ‘Beast Patrol’ at Gitex Technology Week in Dubai.

The 4X4 supercar not only looks impressive, but it’s being dubbed as one of the most advanced police vehicles in the world, and is kitted out with the latest technologies. 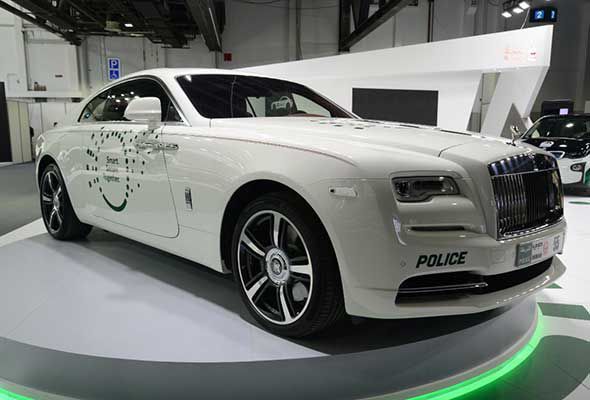 The impressive fleet of Dubai Police cars already include Aston Martins and Lamborghinis, luxury Bentleys and even a Dhs1.2 million worth Rolls-Royce Wraith.

But there’s more to come with the impressive line-up continuing to expand: By 2020, the Dubai Police are also set to add a fleet of driverless cars to their impressive collection.