Get 50 percent off everything at Mr Miyagi's this Friday

There’s also going to be three special editions of their famous party brunch, priced at Dhs199…

Making plans for the weekend? Well, you’ll want to get this in the group chat immediately: Mr Miyagi’s, the cheeky Media One hotspot is turning two years old on Friday August 2 and to celebrate, they’re giving you 50 percent off everything until 9pm.

When we say 50 percent off everything, we mean everything, including their super sized bucket cocktails, ping pong towers and the food menu too.

They’ll also be throwing not one, not two, but three editions of their ‘Wok and Roll’ party brunch, priced at a bargain Dhs199 including bubbles.

For the party people that like to kick things off early, there’s a 12pm to 3pm edition, a second round from 4pm to 7pm, and the big birthday bash gets into full swing with the final edition from 8pm to 11pm. 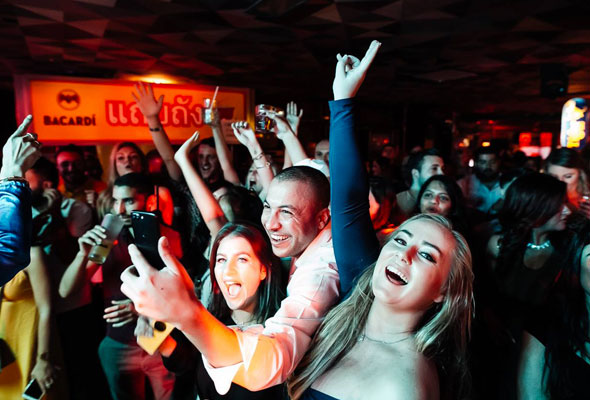 Included in the three hour package is five courses of their signature pan-Asian dishes, as well as free flowing drinks, which includes an array of house beverages and bubbles.

In true Mr Miyagi’s style, we can expect the entertainment to be loud, brash and a little bit outrageous with crowd karaoke and live cabaret from resident performers, N-Shrync. Add a bit of sparkle to your look with a trip to the glitter station, and dance the night away to the live DJ who’ll be spinning all the best throwback hits.

Get on your dancing shoes, we reckon this is going to be a good one…

Bars
Brunch
Nightlife
EDITOR’S PICKS
Exclusive Reveal: Topgolf Dubai is here and ready for action
READ MORE
65 of the best outdoor bars and terraces in Dubai
READ MORE
7 brilliant dining deals in Dubai this month
READ MORE
18 of Dubai's most Instagrammable breakfast spots
READ MORE
MOST POPULAR
The stunning Hermès Carré Club is now open in Alserkal Avenue
Pics of the week: Your best photos of the UAE
Watch: A look inside Conor McGregor's Dhs20,000 per night Dubai villa
Discover the art of yoga at Louvre Abu Dhabi
Exclusive reveal: Off the Wall is an artsy, one-of-a-kind cocktail bar in Dubai
YOU SHOULD CHECK OUT
Our website uses cookies and other similar technologies to improve our site and your online experience. By continuing to use our website you consent to cookies being used. Read our privacy policy here.