I say! There's a Faulty Towers dining experience coming to the QE2

Events
Theatre
Things to do

Fans of British sitcom Fawlty Towers, clear your diaries in September for an immersive theatre-meets-dining experience that’s coming to the QE2 Dubai.

Running from September 18 to 20, settle in at The Grand Lounge, where you’ll be served a three course dinner along with free-flowing drinks, by Basil, Sybil and Manuel and find yourself at the centre of all their shenanigans during the two-hour immersive theatre performance.

Priced at Dhs375, shows will take place from 8.30pm to 10.30pm every night from Wednesday September 18 to Friday September 20 and tickets are available to buy now online. 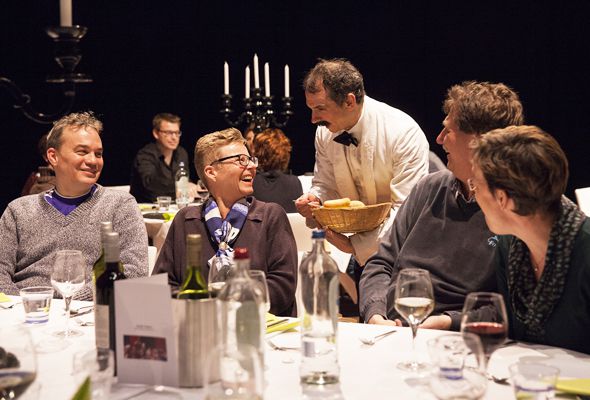 ALSO READ: All aboard boyband fans! A boyband tribute is coming to the QE2

The tongue-in-cheek British sitcom ran from 1975 to 1979 and remains ever popular to this day, with its reputation solidified as arguably one of the greatest British television programmes of all time. So what better setting for this immersive theatre production to take place than the iconic and quintessentially British QE2?

The Faulty Towers stage production has been successfully running since 1997 and has a permanent residency at London’s West End. It’s won critical acclaim and entertains fans in more than 20 countries every year.

A fully immersive theatre and dining experience – will you “ever have been in such a place in your life?”

Events
Theatre
Things to do
EDITOR’S PICKS
13 Sheikh Hamdan-approved restaurants in Dubai
READ MORE
Dubai brunches temporarily banned in new preventative measures
READ MORE
12 upcoming Dubai mega-projects we can't wait for
READ MORE
16 of the best beach bars in Dubai for sundowners
READ MORE
MOST POPULAR
St Patrick's Day 2021: The best deals and celebrations in Dubai
Dubai Police add a new supercar to their fleet
Run even faster with Under Armour's groundbreaking new trainers
Dubai Culture to grant 1,000 long-term cultural visas
This Abu Dhabi island brunch offers an amazing family friendly escape
YOU SHOULD CHECK OUT
Our website uses cookies and other similar technologies to improve our site and your online experience. By continuing to use our website you consent to cookies being used. Read our privacy policy here.