Here's what the purpose-built UFC 242 arena in Abu Dhabi will look like...

UFC 242 is set to be one of the most exciting matches in the boxing calendar as Khabib Nurmagomedov returns to the sport after almost nine months – and it’s taking place in Abu Dhabi.

But ahead of the fight, which will take place on September 7, renders have been released of what the purpose-built arena will look like, and they’re seriously impressive. Currently under construction on Yas Island, the super-sized arena will have space for more than 13,000 attendees. 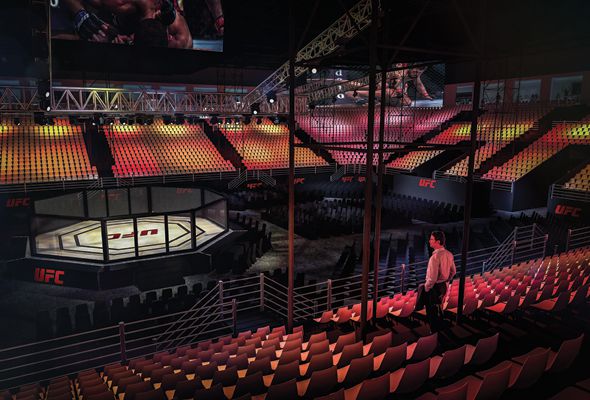 According to The National, the arena will be completed mid-August, ahead of the first fight. 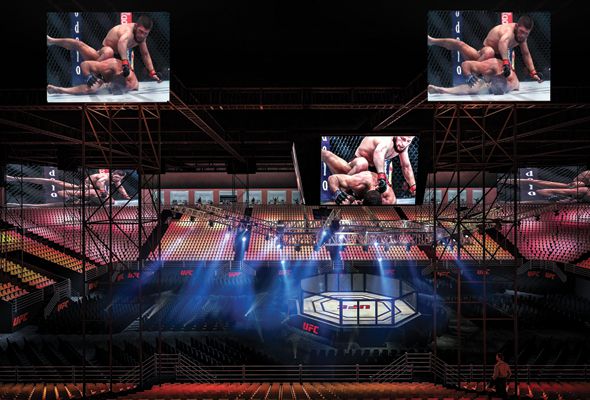 The reigning UFC lightweight world champion Khabib Nurmagomedov will battle interim champ Dustin Poirier in the title unification bout at the new arena on September 7. Tickets for the fight, which is already being touted as one of the biggest events in UFC history, are sold out on Ticketmaster, although staycation packages are available at a number of Abu Dhabi hotels that include tickets to the fight night. 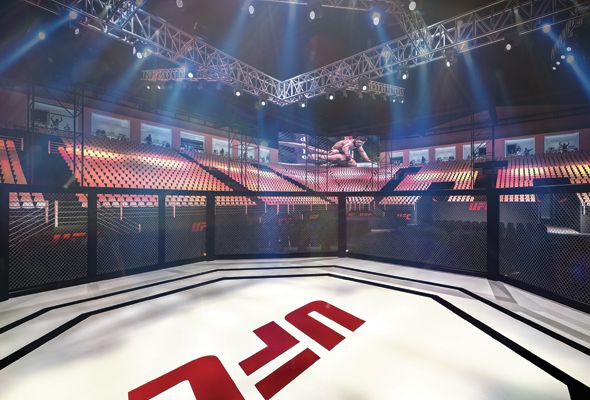 Packages including tickets start from Dhs1,300 per night at Radisson Blu Yas Island, and Dhs1,950 at the Yas Hotel, where a minimum of two-night stay is required.

The event marks the long-awaited return of Nurmagomedov, who was suspended for instigating the post-fight scuffle that followed his fourth-round submission victory over Conor McGregor at UFC 229 in Las Vegas last October. But now Nurmagomedov is back, and ready to put his undisputed world title on the line against Poirier.

UFC 242 will be the first event in a five-year partnership between UFC and the Department of Culture and Tourism that will bring regular UFC events to Abu Dhabi, and the newly built arena, until 2024.

“The demand from our fans to bring UFC back to Abu Dhabi has been overwhelming, and over the next five years, DCT Abu Dhabi will help us deliver some spectacular UFC championship fights to the UAE,” confirmed UFC president Dana White.

Abu Dhabi hosted its first UFC fight, UFC 112 in 2010, and made history as the promotion’s first event held outdoors. UFC returned to Abu Dhabi on April 11, 2014,  for UFC Fight Night: Nogueira vs Nelson at du Arena.

Sport & Fitness
EDITOR’S PICKS
Bla Bla: Dubai's huge new beach club is set to open this Thursday
READ MORE
16 of the best beach bars in Dubai for sundowners
READ MORE
Watch: A look inside Conor McGregor's Dhs20,000 per night Dubai villa
READ MORE
Where to get the Covid-19 vaccine in Dubai, Abu Dhabi and across the UAE
READ MORE
MOST POPULAR
10 awesome things to do in Dubai this weekend: Jan 21 to 23
Where to dine under the DSF lights at The Beach this year
Over two million vaccine doses administered in the UAE so far
White Dubai relaunches two of its best brunches
Big Bad Wolf: The world's biggest book sale is back this January
YOU SHOULD CHECK OUT
Our website uses cookies and other similar technologies to improve our site and your online experience. By continuing to use our website you consent to cookies being used. Read our privacy policy here.