The long weekend is almost here and it’s set to be an epic one, we’ve already given you a host of exciting things to do, but how about one more? Soho Garden have announced an epic line-up of DJs to perform this weekend.

On Thursday August 8, make sure you check out Code, where you’ll find Lehar going b2b with Musumeci. Alternatively, head over to Tokyo Vibes where Adam Graca and Jean B will be getting you dancing throughout the night.

On Friday, Soho Garden will be closed due to the dry night. 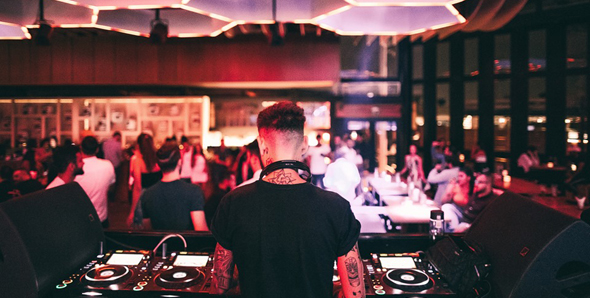 ALSO READ: Are The Kooks set to perform in Dubai? It looks like it…

At the head of the bill is Pete Tong, a DJ who has been at the forefront of electronic and dance music for almost 40 years. He will be taking the stage on Saturday August 10, after much-loved resident DJ Adam Graca warms up the crowd.

Get down to Soho Garden early, where between 8pm and 11pm, Tokyo Vibes will have 50 per cent off their sushi and Japanese menu, and Glasshouse will have two for one on cocktails.

If you’re still looking for a fun way to enjoy the Eid break, from Sunday 11 to Tuesday 13 August, Glasshouse by Soho will have a range of tempting drinks offers. From 8pm to 11pm, you’ll be able to get two for one on cocktails, 25 per cent off organic wine, and the chance to try their ‘cocktail of the week’.

Wednesday is ladies’ night at Soho Garden, where girls can get unlimited complimentary wine from 8pm to 1am at Glasshouse and Tokyo Vibes. R&B music will be provided by DJLiutik & Adam Graca in Glasshouse, while Tokyo Vibes will be nothing but house tunes.

Clubs
EDITOR’S PICKS
Ain Dubai will open with fireworks, live music and a drone show
READ MORE
Incredible Aura SkyPool to open in Palm Tower this November
READ MORE
Brit Grand Slam hero Emma Raducanu confirmed for Mubadala Tennis
READ MORE
What’s On Nightlife Awards 2021: Here are the nominees...
READ MORE
MOST POPULAR
Here's what you'll be eating at SushiSamba when it opens in November
Chic Mediterranean beach bar Ula is now open on the Palm Jumeirah
7 art exhibitions in Dubai to check out this October
27 of Dubai's best rooftop bars with some epic sunset views
Win at Monday with unlimited sushi and an open bar at this chic soiree spot
YOU SHOULD CHECK OUT
Our website uses cookies and other similar technologies to improve our site and your online experience. By continuing to use our website you consent to cookies being used. Read our privacy policy here.