What’s new on Netflix in the UAE this September

Culture
Tech
Things to do

From documentaries to real life stories and romantic comedies, there’s just so much to watch on Netflix.

Netflix is the ultimate go-to for a binge-worthy unwind, and we’ve selected some of the best new movies and TV shows for you to check out in September.

If you love hip-hop, or if your curious to know the history of this popular music style, then Hip-Hop Evolution is the one series to catch. The documentary series features interviews with influentials MCs, DJs and moguls who trace the genre from its inception back in the 1970s. Hosted by rapper and broadcaster Shad (Canadian alternative hip hop recording artist), the documentary series won a Peabody Award and an International Emmy.

Hip-Hop Evolution seasons 1 and 2 are currently available on Netflix. 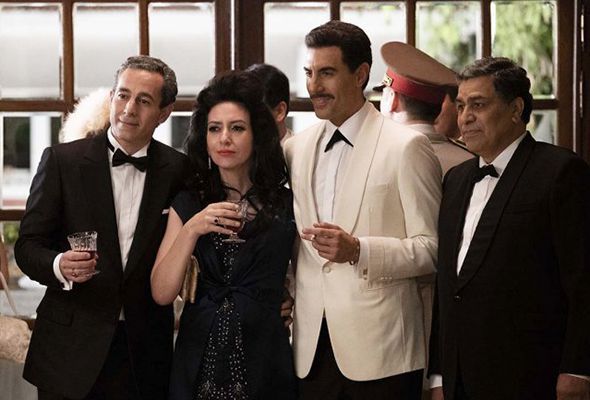 The Spy is based on the true life story of Eli Cohen (Eliyahu Ben-Shaul Cohen), an Israeli clerk-turned-secret agent spy. In the 1960s Eli went deep undercover inside Damascus, Syria on a perilous, years-long mission to spy for Mossad. His tips helped the Israel learn about Syria’s air-defenses and secret bases – knowledge Eli gained when he became adviser to Syria’s defense minister.

Have you heard of the Fyre Festival? It was supposed to be a luxurious music festival taking place over two weekends, where guests were promised luxury accommodation, the best food, amazing music and so much more. It turned out to be a flop, with guests receiving tents and cheese sandwiches. Taking inspiration from Fyre Festival, Netflix’s The I-Land starts off with as a tropical paradise, but when 10 people wake up on the island they soon realise not all is as it seems, and the fight to survive begins.

Netflix also has another has a documentary on the Fyre Festival titled ‘Fyre: The Greatest Party That Never Happened’ – it is available to watch on Netflix. 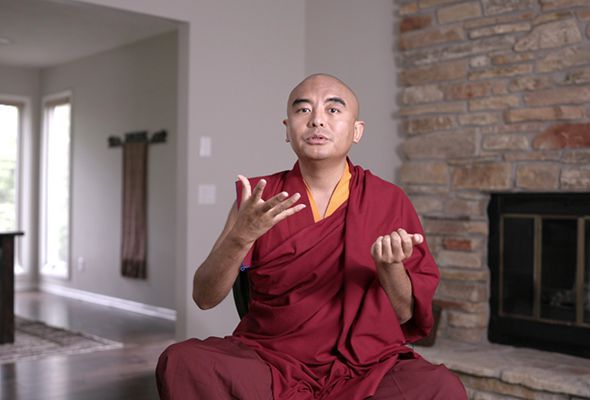 Love a good docuseries? Here’s one you should catch this month on Netflix: The Mind, Explained dives deep into our minds – from dreaming to anxiety, the series explores how the brain works and just how complex it really is. Oh, and if the voice over sounds familiar – it’s Oscar winner Emma Stone.

Chilling limited series Unbelievable is inspired by real life events and follows the story of an 18-year-old woman named Marie, who was raped and then accused of lying by the police because her story didn’t add up. She was eventually pressured into re-tracking the case, conceding it might have been just a vivid dream. Simultaneously, two female detective who work in a different state investigate a spate of eerily similar rape attacks on women and connect a suspect to Marie’s case, finally bringing the rapist to justice.

All little children dream of being someone someday – be it a pilot, an actor, or even a singer. But Payton has one goal in mind, and that is being the president of the United States, and nothing (and we mean nothing) will stop him from reaching his goal. But first, he’ll have to navigate the most treacherous political landscape: high school. Stars in this series include Ben Plat, Gwyneth Paltrow, Zoey Deutch, and Jessica Lange. 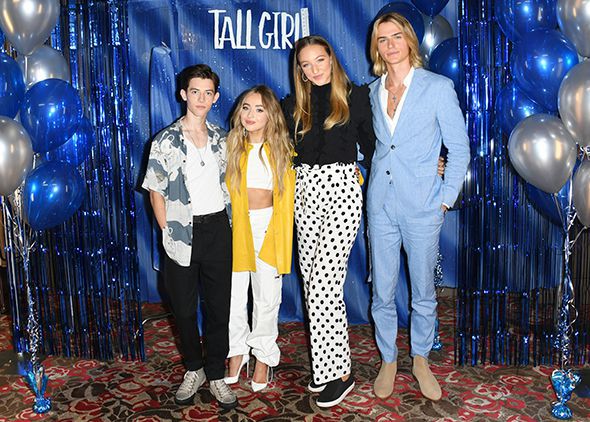 We’ll give you one guess as to who the two main stars of the ‘Tall Girl’ are. Sorry, no hints

Nope, no mirrors or camera tricks (well, maybe a low camera angle for that extra dramatic effect) but Ava Michelle who plays Jodi, is actually 6 foot 1, the tallest girl in her high school and unfortunately, uncomfortable in her statuesque skin. She ends up meeting a literally ‘tall, dark, and handsome’ boy – a foreign exchange student named Stig. However, Jodi gets embroiled in a surprising love triangle, which helps her realize she’s far more than her insecurities about her height have led her to believe. 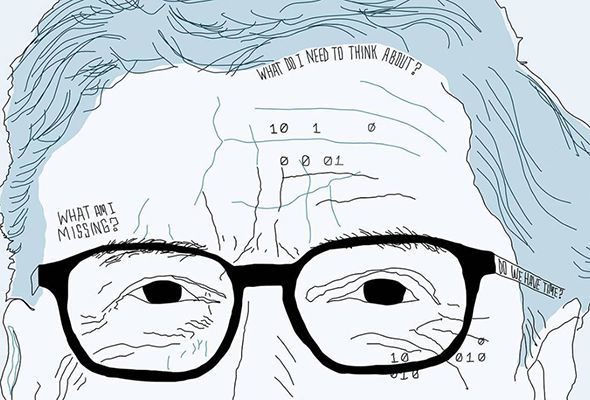 Academy Award-winning director Davis Guggenheim (director of An Inconvenient Truth and He Named Me Malala) comes Inside Bill’s Brain: Decoding Bill Gates. The limited series is a new three-part documentary that explores the mind and motivations of celebrated tech visionary, business leader, and philanthropist Bill Gates. The docuseries follows the story of Bill Gates as he steps down as CEO of Microsoft and begins focusing his time on solving some of the world’s most persistent problems, using the same skills and technique that he used while at Microsoft.

Jeff Dunham: Besides Himself

You’ve probably heard of Jeff Dunham, the ventriloquist? If you haven’t, you really need to check out the clip above from one of Jeff’s previous shows – it’s guaranteed to have you chuckling. Netflix is bringing Jeff Dunham and his happy band of dolls including Walter, Peanut, Jose Jalapeno (on a stiiick!) and Achmed to our screens with a special filmed in Dallas.

A brilliant agent who served under the recently murdered Sadiq Sheikh, Kabir was expelled from RAW because of a disastrous mission in Balochistan ten years prior. Kabir, along with courageous analyst, Isha Khanna, and a sleeper agent, Veer Singh, must take on a covert mission in Balochistan when four Indian spies are captured. First however, Kabir must revisit the demons from his past, avenge his mentor and face his deadliest enemies back in Balochistan, all while racing against time to save both his country and his long lost love.

Culture
Tech
Things to do
EDITOR’S PICKS
What’s On Nightlife Awards 2021: Here are the nominees...
READ MORE
It's back! What's On Lock In returns to Media One Hotel
READ MORE
Arts and culture: 5 spots we can't wait to visit at Expo 2020 Dubai
READ MORE
UAE petrol prices are set to decrease in September 2021
READ MORE
MOST POPULAR
Towards the next 50: Five transportation systems coming to the UAE
Celebrity hotspot Caviar Kaspia to open in Dubai this October
Want to revamp your home? Check out Dubai Home Festival at Dubai Festival City Mall
Review: The little-known brunch at Sayad, is one of the capital's best
Why Armani/Mediterraneo needs to be on your Dubai dining bucket list
YOU SHOULD CHECK OUT
Our website uses cookies and other similar technologies to improve our site and your online experience. By continuing to use our website you consent to cookies being used. Read our privacy policy here.