Music megastar Bruno Mars has been confirmed as the headline act for the New Year’s Eve concert at du Arena in Abu Dhabi this year.

The 11-time Grammy award-winning star will take to the stage on Tuesday December 31.

Famed for hits including Just The Way You Are, Grenade, Uptown Funk and When I Was Your Man, fans can expect to sing along to all his biggest tunes when he takes to the stage at du Arena at the end of the year.

It’s been more than six years since Bruno Mars was last in the UAE, having made his debut at Dubai Media City Amphitheatre in 2013.

Tickets for Bruno Mars in Abu Dhabi start from Dhs350, and will be available from midday on Monday September 16. For 48 hours only, there will be a 20 per cent discount on tickets for du customers.

Bruno Mars will headline Resolution by Night on New Year’s Eve, which will be the first day of a two-day festival headed to Abu Dhabi to celebrate New Year’s. 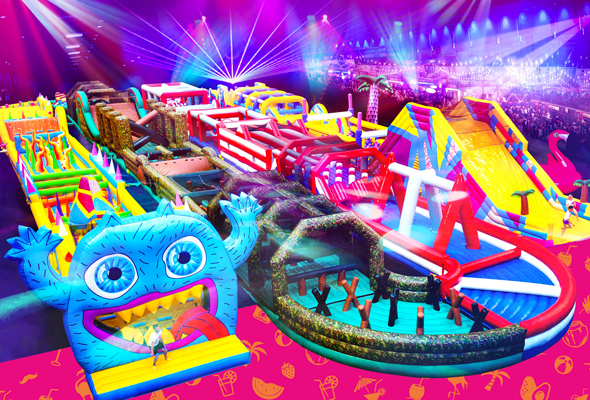 “We are thrilled to be introducing the Resolution festival which has been created to entertain fans of all ages with a jam-packed New Year celebration on Yas Island. Flash Entertainment has developed long-term partnerships with strategic stakeholders with the aim to further drive and shape the entertainment industry in the UAE and consequently place Abu Dhabi on the world-map as the favourite destination for New Year’s Eve and Day,” said John Lickrish, FLASH Entertainment CEO, said.

Christmas
Nightlife
EDITOR’S PICKS
What’s On Nightlife Awards 2021: Here are the nominees...
READ MORE
It's back! What's On Lock In returns to Media One Hotel
READ MORE
Arts and culture: 5 spots we can't wait to visit at Expo 2020 Dubai
READ MORE
UAE petrol prices are set to decrease in September 2021
READ MORE
MOST POPULAR
7 awesome things to do in Abu Dhabi this weekend: Sep 23 to 25
10 awesome things to do in Dubai this weekend: September 23 to 25
White Dubai to reopen as a dining and entertainment lounge
Review: The special 20 year anniversary menu at Hakkasan Abu Dhabi
See Andrea Bocelli perform live when he returns to Dubai in November
YOU SHOULD CHECK OUT
Our website uses cookies and other similar technologies to improve our site and your online experience. By continuing to use our website you consent to cookies being used. Read our privacy policy here.