Sponsored: From dining to clubbing and some huge artists performing, Soho Garden DXB is the ultimate entertainment destination…

Can’t decide between a catch up over dinner and a big night out? Well actually, you don’t have to, as Soho Garden DXB has everything you need to blend your night seamlessly from one to the other.

Al fresco dining? Check. Epic open-air club? Check. Instagram-worthy pool? Triple check. This destination is the cool dining-to-club concept that’s bound to become your go-to this season for a top night out, whatever your mood.

Not just an outdoor hotspot, over the summer Soho Garden opened not one, but three brand new venues; brasserie-style restaurant, The Glasshouse, cool Japanese eatery, Tokyo Vibes and new club, Code which has seen some massive names headline so far this year. 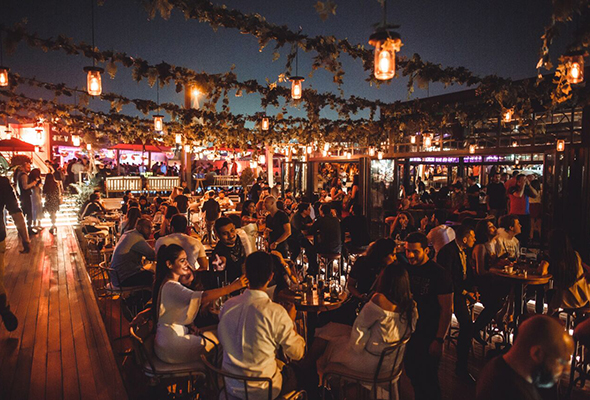 So what can we expect from the new season?

Soho Social Wednesdays, their ever-popular ladies’ night, is back offering free flowing house wine from 8pm to 1am for ladies at both The Glasshouse and Tokyo vibes, plus 50 per cent off the food menu from 8pm to 10pm. There’s also two-for-one on cocktails at Tokyo Vibes on Fridays from 9pm to 11pm, which runs on the same evening as their Cafe Mambo residency, which kicks off on Friday October 4 with Faithless.

Soho Beach DXB is the venue’s huge open-air club and has hosted some incredible events since opening, including sets from Solomun and huge festival takeovers from Elrow and ANTS. 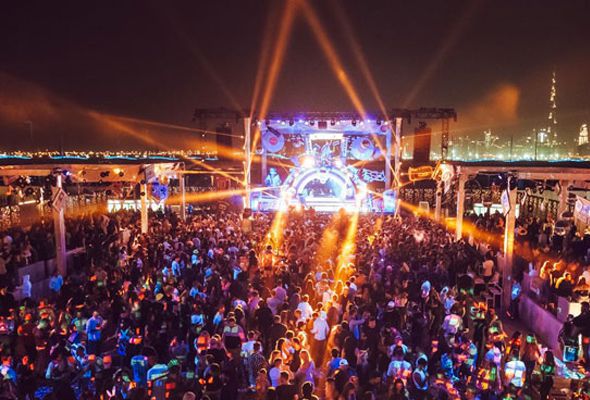 After a summer hiatus, their huge season opening party on Friday, October 11 will see legendary British house DJ, Carl Cox on the decks.

Of course, one of Dubai’s other well-known clubs, Toy Room, resides in the vicinity too, where you can party with their legendary naughty bear, Frank, and girls can take advantage of unlimited free drinks on two nights of the week.

Then October 18 brings two party stalwarts together for the first time as Ibiza party night, Glitterbox, takes over Soho Garden, while at neighbouring Code, the famed Defected brand takes the partying up a notch. Best of all, guests will be able to go between the two events, meaning two parties in one epic session.

Plus, there venue is about to drop a huge Halloween line-up, and although they’re keeping it tightly under wraps for now, we’re told to expect some massive names and events.

We know where we’ll be this season…

Nightlife
EDITOR’S PICKS
13 Sheikh Hamdan-approved restaurants in Dubai
READ MORE
Dubai brunches temporarily banned in new preventative measures
READ MORE
12 upcoming Dubai mega-projects we can't wait for
READ MORE
17 of the best beach bars in Dubai for sundowners
READ MORE
MOST POPULAR
President Sheikh Khalifa releases 439 prisoners ahead of Ramadan
100 million meals: Sheikh Mohammed launches the largest campaign of its kind
Social by Heinz Beck transforms from fine dining to fun dining
Where can Dubai residents travel? Check out these 14 destinations
Etihad to give away 50,000 prizes as part of UAE jubilee year celebrations
YOU SHOULD CHECK OUT
Our website uses cookies and other similar technologies to improve our site and your online experience. By continuing to use our website you consent to cookies being used. Read our privacy policy here.