Looking for a bar with incredible views? One of Asia’s best known – and most impressive – rooftop bars, CÉ LA VI, is set to open in Dubai later this year. CÉ LA VI will open on the 54th floor of the Address Sky View, at the poolside of the incredible infinity pool that links the two hotel towers.

The stunning new space will be split between a contemporary Asian restaurant, a striking sky bar, chic club lounge and the dramatic pool deck. Of course, we can be sure that it’ll also come with panoramic views of the city from its breathtaking location atop the new hotel.

The restaurant will be helmed by executive chef Howard Ko, who brings more than 11 years of experience at Michelin starred restaurants around the world to his soon-to-open Dubai outpost. 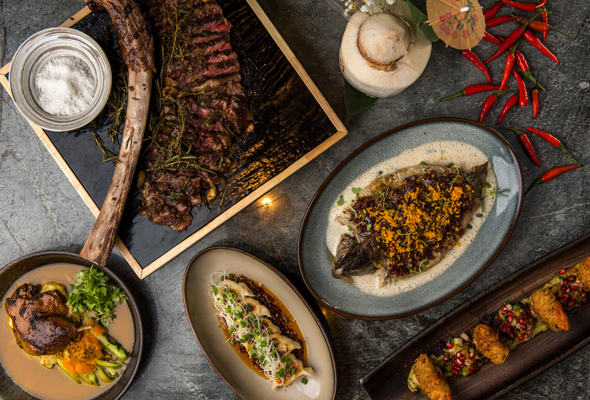 “I am delighted to be opening CÉ LA VI, a globally renowned dining and entertainment concept in one of the most incredible cities in the world. Dubai is bustling with international restaurant brands and CÉ LA VI’s exceptional food and full entertainment offering will be a great addition to the region.” he said of the opening. 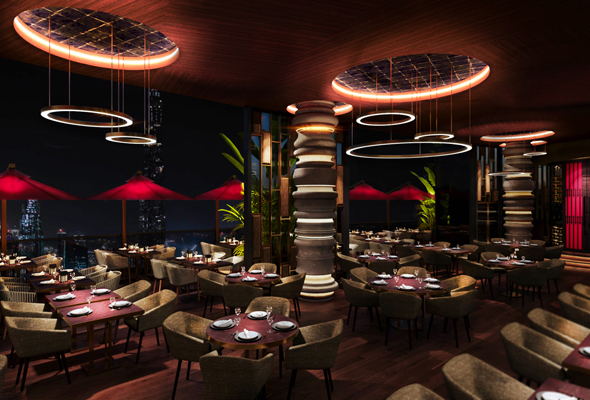 Although an opening date hasn’t yet been revealed, it’s set to open before the end of the year. When open, the restaurant and lounge will open for lunch from 12pm to 3pm and afternoon tea from 3pm to 6pm through the week, and dinner service will be from 7pm to midnight daily. The venue will host brunch on both Fridays and Saturdays, although the a la carte menu will also be available on Saturdays.

The sky bar will open each day from 12pm to 3am, with a dedicated post-brunch party on Fridays from 4pm to 7pm as the sun sets. Guests can expect to party at the nightclub from midnight to 3am Tuesday to Friday.

The pool deck will open daily from 9am to 11pm, with pool access available only until 7pm.

CÉ LA VI Dubai will be the 7th opening around the world. The brand already has wow-worthy rooftop bars in Hong Kong, Colombo, Taipei, Shanghai, Tokyo and arguably it’s most famous location, Singapore, where it’s found on the rooftop of the legendary Marina Bay Sands Hotel.

CÉ LA VI is one of a string of international concepts set to open their doors in Dubai this year. Before the end of 2019, Dubai will see arrivals from Indochine, which arrives in Dubai by way of New York, Amazonico, which hails from Madrid, Verde by Yeeels, a lively French restaurant that will open in Four Seasons Jumeirah alongside Mykonos beach club, Nammos.

Eat & Drink
Nightlife
EDITOR’S PICKS
Here's the full list of UAE public holidays in 2023
READ MORE
23 incredible things to look forward to in the UAE in 2023
READ MORE
Hidden gems: 10 UAE desert pop-ups to discover this winter
READ MORE
Where to travel in 2023: 10 new flight routes from the UAE
READ MORE
MOST POPULAR
26 of Dubai's best beachfront restaurants
8 wonderful things to do in Dubai this week: Feb 6 to 9
Where to go to get your Al Baik fix in the UAE
Reset and recharge with a relaxing staycation at this stunning Dubai hotel
The most expensive apartment in Dubai just sold for Dhs410 million
YOU SHOULD CHECK OUT
Our website uses cookies and other similar technologies to improve our site and your online experience. By continuing to use our website you consent to cookies being used. Read our privacy policy here.