What’s new on Netflix in the UAE this November

There are more than 70 new original movies and shows out. Here are our top picks…

Netflix is the ultimate go-to for a binge-worthy unwind, and we’ve selected some of the best new movies and TV shows for you to check out in November.

Based on the acclaimed Broadway play of the same name, this riveting drama tells the story of a black mother, Kendra Ellis-Connor, at the waiting room of a police station, desperately wanting to know what happened to her missing teenaged son. Apathetic to her plight when alone, the uncaring white cop ask her unscrupulous questions, that is until her white ex-husband turns up. As time goes on, the parents try to piece together the truth of the whereabouts of their missing son. Prepare yourself for a dose of reality filled with heartbreak when this one drops on Friday November 1, 2019.

The Devil Next Door

This riveting true crime Netflix docu-series follows John Demjanjuk, a 66 year old Ukrainian, whose US dream was shattered when the US government claimed he was Ivan the Terrible  – one of the cruelest men to ever exist on earth. Ivan Marchenko was a notorious guard at the Treblinka extermination camp during the Holocaust who tortured and killed nearly one million Jewish prisoners during World War II. The docu-series follows Demjanjuk trial in Israel with survivors testifying against the 66 year old grandfather who claims he is pure and innocent. Whether or not Demjanjuk was innocent or not, we’ll unfortunately never truly know, but we guess the directors have left the decision up to the viewers themselves.

Greatest Events of WWII in Colour 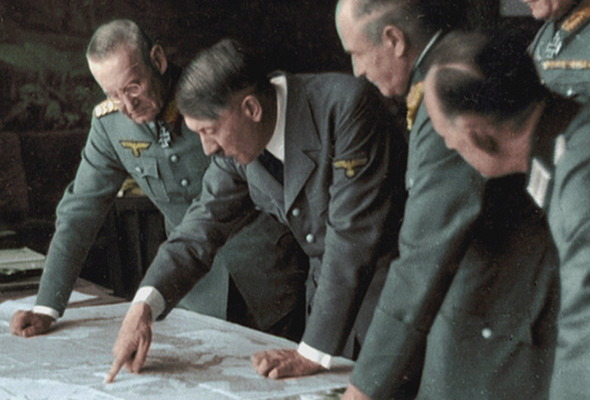 Another one for the history buffs out in Netflix-land. Greatest Events of WWII in Colour Season 1 brings to you rare footage of major events from World War II – all expertly colorised. From the attack on Pearl Harbour to the Normandy landings (or D-Day as its more commonly referred to – the largest seaborne invasion in history) to Hitler’s power hungry reign. You can head here to catch a glimpse of what to expect.

Netflix’s first ever Thai original Netflix series follows a group of private school students who are abandoned on a remote island following a tsunami. A series of mysterious events start to take place and it dawns on the students that they are on their own, and that it’s up to them to get off the island.

ALSO READ:  Here’s what you can expect to watch on Netflix in UAE this Christmas

Not only will The Crown be dropping a whole new season when released in November, but there will be a whole new cast as well. The trailer previews not only the Queen’s jubilee, but also the future king, Charles’s relationship with Camilla Shand (who we will be introduced to in this season), Erin Doherty’s performance as Princess Anne, Princess Margaret’s crumbling marriage, and a changing political climate. If you haven’t yet seen Season 1 and 2 of The Crown, it’s available on Netflix and you have a good half month to catch-up before season 3 comes out on November 17.

Fans of Martin Scorsese will absolutely love The Irishman. Based on the 2004 book I Heard You Paint Houses by Charles Brandt, this epic crime is about Frank “The Irishman” Sheeran. Frank is a World War II veteran turned truck driver… turned hitman… turned union leader… That last one was thanks to his involvement with mobster Russell Bufalino and his crime family. It follows his story as he recounts his alleged jobs, including his time working for (and against) Jimmy Hoffa, a powerful mobster tied to organized crime.

This love story follows Ada, a 17 year old girl who is in love with a young construction worker named Souleiman, who is part of a team building a futuristic tower that looms over a suburb of Dakar. Unfortunately, Ada has already been promised into marriage with another man. At the same time, Souleiman and his co-workers, who haven’t been paid their wages in three months, vanish mysteriously at sea after they demand for their pay. Days later, mysterious events start to occur, such as a fire that ruins Ada’s wedding, mysterious fevers, and more. Is Souleiman back to be reunited with Ada? Possibly, but the other workers seem to have a different agenda altogether – to get revenge on the developers until their wages have been paid.

Culture
Things to do
EDITOR’S PICKS
Ramadan in Dubai: 40 iftars to try
READ MORE
Where can Dubai residents travel? Check out these 14 destinations
READ MORE
Rumours, facts and reveals: New Abu Dhabi bars and restaurants
READ MORE
UAE announces reduced working hours for Ramadan 2021
READ MORE
MOST POPULAR
Sheraton Mall of the Emirates has a lot to offer this Ramadan
Looking for a cosy long stay residence in Dubai? Check this out...
Have you spotted the new Talabat Patrol team on Abu Dhabi roads?
Iftar home delivery for one? Here are some options...
Stunning Australian restaurant Hunter & Barrel is now open
YOU SHOULD CHECK OUT
Our website uses cookies and other similar technologies to improve our site and your online experience. By continuing to use our website you consent to cookies being used. Read our privacy policy here.