Here's what you can expect to watch on Netflix this Christmas

Christmas
Culture
Things to do

All I want for Christmas is Netflix…

Even though Christmas is still about two months away, the festive spirit is slowly building up, and you can’t help but be excited. Netflix has jumped on the sleigh-wagon and has already announced it’s Christmas line-up for the festive season guaranteed to get you in the mood.

So whether you’re putting your Christmas tree up next month, or not before December 24, head to Netflix and add these Christmas goodies to your ‘My List’ ASAP!

Holiday in the Wild

Kate Conrad is an Manhattanite who booked a little present for herself and her husband to help keep her spirits high when her son leaves for college. Unfortunately, this was not met well by her husband who rather than being thrilled, decided to bring their marriage to a screeching halt instead. Kate decides to go on her vacation anyway and ends up meeting Derek Holliston, and the two don’t quite hit it off, at first that is. But when Derek, the pilot of Kate’s private safari tour makes a forced detour to rescue an orphan baby elephant – Kate assists. Together, they nurse the baby elephant back to health at the local elephant sanctuary and Kate starts to slowly fall in love with the sanctuary and with Zambia, which leads her to extending her stay through Christmas time. Will her love for her new environment extend to the man who shared her journey? Guess we’ll find out November 1! 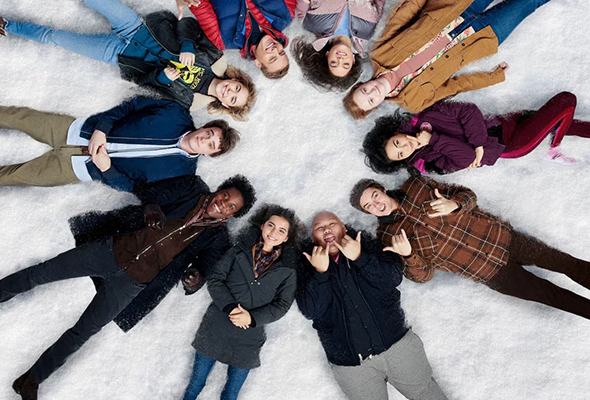 Let it Snow is based on a novel of the same time by author John Green. It follows the tale of a group of high school seniors and their lives after a snowstorm hits Gracetown, a small midwestern town on Christmas Eve. Friendships, love lives and the future the high school seniors are put to the test in this Netflix release, which also comes with a stranded pop star, a stolen keg, a squad of competitive dancers, a mysterious woman covered in tin foil, and an epic party at the local Waffle Town.

When Jesper establishes himself as the postal academy’s worst student, he gets stationed on a frozen island above the Arctic Circle, where the feuding locals hardly exchange words, let alone letters. Frustrated, Jesper is about to give up when he meets Klaus, a mysterious carpenter who lives alone in a cabin full of handmade toys he made. He manages to convince Klaus to donate his old toys, which he will deliver for free to the children on the island. The toys excite the children of the island who in turn start to write letters to Mr. Klaus, making requests for new toys. Not everyone is all that thrilled with the concept though, as the dwellers of Smeerensburg, dubbed ‘the unhappiest place on earth’ are adamant on believing that Klaus and Jesper are out to brainwash their dark town. But Klaus strongly believes he can beat the odds and return the laughter back to Smeerensburg with Jesper’s help.

The Knight Before Christmas 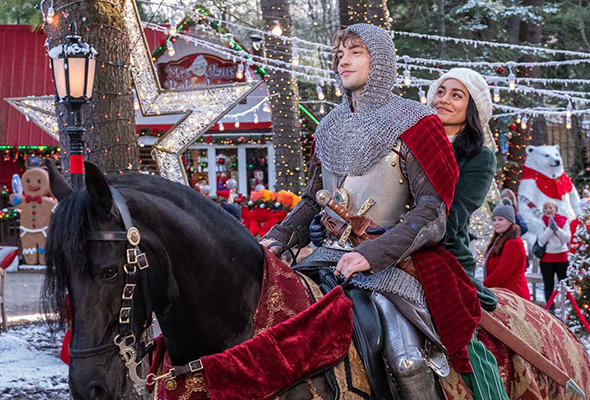 A typical cheesy Christmas love story that involves a medieval English knight named Sir Cole. He is magically transported by an evil sorceress to the present day, where he falls for a high school science teacher, Brooke, who is disillusioned by love. Brooke helps the disoriented Sir Cole fulfill his mysterious quest to help get him back time, but as time goes by, Sir Cole begins to wonder just how much he wants to return to his old life. Will the chivalrous knight in shining armor come to the rescue of the damsel in distress just in time for Christmas to help restore her trust in love? Guess we’ll find out on November 21! 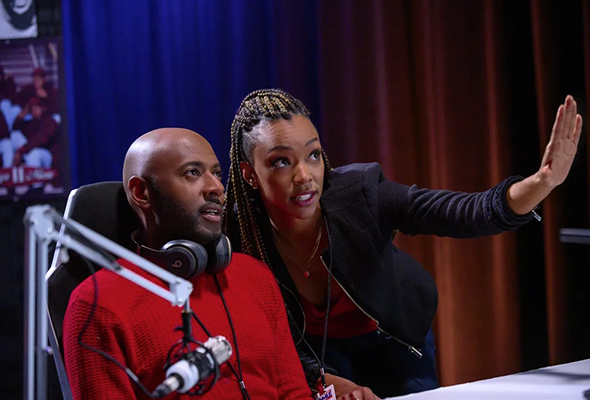 Brace yourself… this one’s a tear jerker. A radio DJ widower and father of four loses his job right before Christmas, leaving him unsure of how he’ll still be able to afford spoiling his children rotten, something he’s done ever since their mom passed away. Around the same time he loses his job, his children share with them their unfortunately pricy Christmas list. In a bid to keep Rush on the air, his producer Roxy Richardson and his aunt Jo plan to help him buy another station – that is if the Williams family can downsize fast and embrace a simpler life. 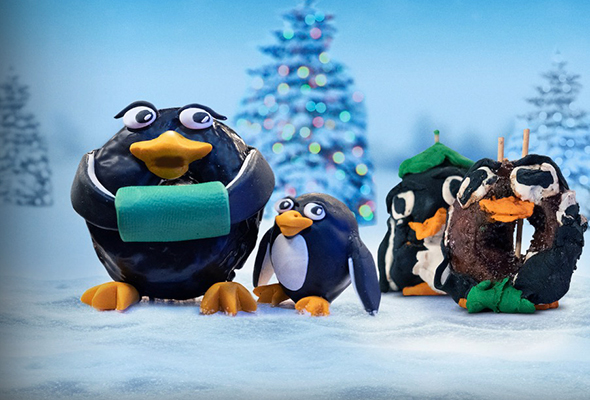 The Nailed It – Holiday Edition is back for a second season. If you’re a fan of the show, it follows the same concept. Three home bakers compete against each other to win $10,000 and a ‘Nailed it’ trophy but things get a bit more of a festive touch in the Holiday Edition. Think cake pop nativity scenes, a cake which depicts Santa Claus going down a chimney and much more. Watch it for laughs, a few baking tips (from renowned pastry chef Jacques Torres, not the contestants), or to make yourself feel better about your baking skills. 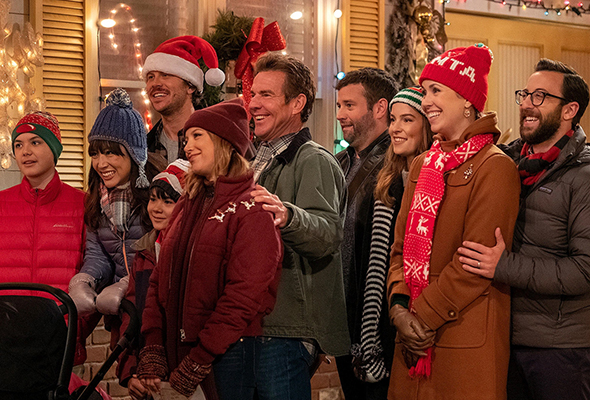 Christmas – fun and festive yes, but it can be stressful with the family visits, dinner preps, gift shopping etc. But just when you thought it couldn’t get any more hectic for father Don in this festive Netflix series, his daughter comes home with a boyfriend. 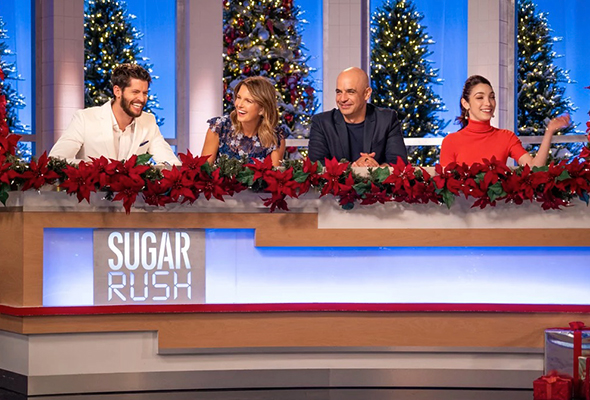 Another one for the bakers out there in Netflix land. This show sees four teams of two professional bakers (they are really really good!) compete against each other to see who excels in flavor, presentation and baking techniques. Given a theme, the pairs are expected to create something to really wow the four judges. Past episodes have seen the bakers create upside down three tier cakes, cakes inspired by the teams favourite holiday, a fashion inspired cake, and more. You can bet that this Christmas edition will have a holly jolly holiday twist to it. Fair warning: you will crave cake when you watch this show.

A Christmas Prince: The Royal Baby 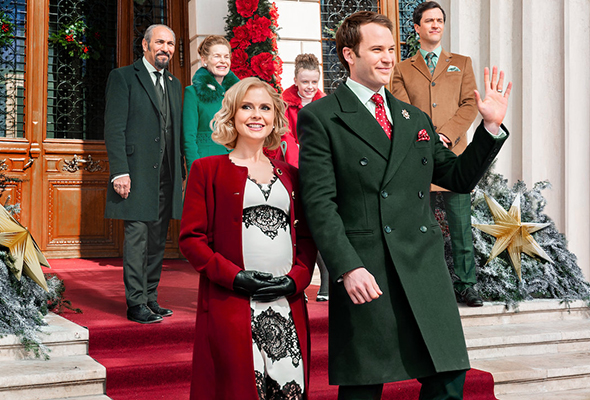 It’s Christmastime in Aldovia, and the country is about to receive possibly the ultimate gift – a royal baby. Before Queen Amber and King Richard get ready to take some time off to prepare for their first child’s arrival, they need to host they have to host King Tai and Queen Ming of Penglia to renew a 600-year-old sacred truce. But when the priceless treaty goes missing, peace is jeopardized and an ancient curse looms. Amber will have to figure out who the thief is before the clock strikes midnight on Christmas Eve, for the safety of her family and the kingdom.

Christmas
Culture
Things to do
EDITOR’S PICKS
13 Sheikh Hamdan-approved restaurants in Dubai
READ MORE
Dubai brunches temporarily banned in new preventative measures
READ MORE
12 upcoming Dubai mega-projects we can't wait for
READ MORE
16 of the best beach bars in Dubai for sundowners
READ MORE
MOST POPULAR
Ladies, here's how you can win a chance to showcase your talent at Radisson Red
Dubai influencers must now declare free gifts to UAE tax authority
Wit woo: Check out Boomah, Abu Dhabi's first owl cafe
This stunning new restaurant brings Australia to Dubai
There's a dry night in Dubai coming up this week
YOU SHOULD CHECK OUT
Our website uses cookies and other similar technologies to improve our site and your online experience. By continuing to use our website you consent to cookies being used. Read our privacy policy here.