Virgin Galactic, founded by Sir Richard Branson, is currently preparing to launch its first commercial flights into space in 2020. For the first time ever, you won’t need to go through months of gruelling training to become an astronaut, if you want to visit space.

The passengers, dubbed as Virgin Galactic Future Astronauts, will be carried on the SpaceShipTwo spacecraft when it is ready for launch in 2020. The group of space explorers contains more than 50 nationalities, which Virgin Galactic have said includes ‘a handful of UAE residents’.

@virgingalactic is looking to revolutionise human spaceflight with the world’s first commercial spaceport exhibited at the @DubaiAirshow, where a handful of UAE residents bought tickets with the aim to become space tourists next year. pic.twitter.com/k1Kp94euks

As you might expect, tickets on board this once-in-a-lifetime opportunity don’t come cheap, with each space on the eight-seater spacecraft costing a reported $250,000 (Dhs918,000). According to Virgin Galactic’s website, all the seats onboard have now been filled.

There’s no clear date yet on when the first flight will take place, but a Virgin Galactic representative confirmed to Dubai Tourism at Dubai Airshow that commercial operations will begin next year. 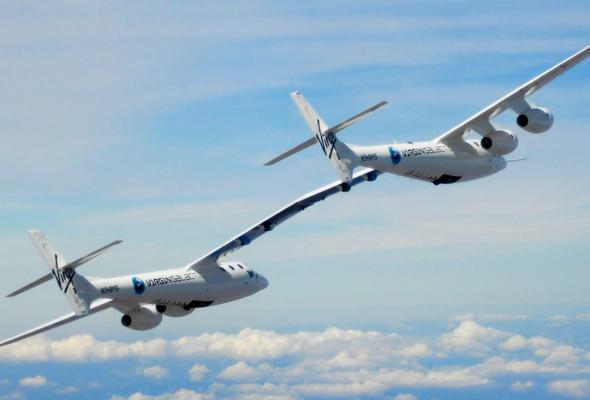 So, how does it work?

Passengers will undergo a three-day training programme where they will learn how to be safe and have fun while in microgravity. They will be fitted with custom flight suits, and board the SpaceShipTwo, which is mated with a carrier aircraft called WhiteKnightTwo.

After taking off from the runway, when it reaches an altitude of ~50,000 feet, the spaceship will be released from the carrier and the engines will launch the rocket into space. When it’s time, the pilots will switch off the engines so the passengers can experience true weightlessness.

The pilots will manoeuvre the spaceship so the passengers can get a good look around them and back down to earth, before gliding back to 50,000 feet – ready to return. The rocket’s wings will move into the feather position to safely land back at the spaceport.

The whole flight experience will last around 90 minutes.