We’ll have what Sheikh Mohammed and Sheikh Hamdan are having, thanks.

Want a feast fit for a king? Or at least a steak fit for a… sheikh?

From burger joints to kebab shops (yes, some of them might surprise you), here are 10 eateries where Dubai’s royals have been spotted…

Earlier this month, Sheikh Hamdan was among the first diners to visit Fika, a health-focused Mediterranean concept in Jumeirah Beach Hotel. Another concept by chef Izu Ani – it’s clear Dubai’s Crown Prince is a fan, as he’s already been spotted at Carine, Gaia (several times), The Lighthouse and Izu’s latest concept, Aya. Fika took to Instagram to share a photo of Sheikh Hamdan, describing his visit as “a pleasure”.

Three days after opening, Avli by Tashas in Four Seasons DIFC was visited by Dubai’s Sheikh Hamdan. During his visit, Dubai’s Crown Prince warmly greeting owner and restauranteur Natasha Sideris, with the venue sharing this picture of the two together in the restaurant.

We reckon Dubai’s Crown Prince must be a fan of Greek food. Earlier this year he was spotted dining at Gaia, then at Avli by Tashas, and only a month later, he paid a visit to Rixos Premium JBR and it’s beachside restaurant, Ammos. Ammos said ‘it was a great honour’ to have been visited by Dubai’s Crown Prince, as they took to Instagram to share a picture of Sheikh Hamdan with their head chef and restaurant manager. 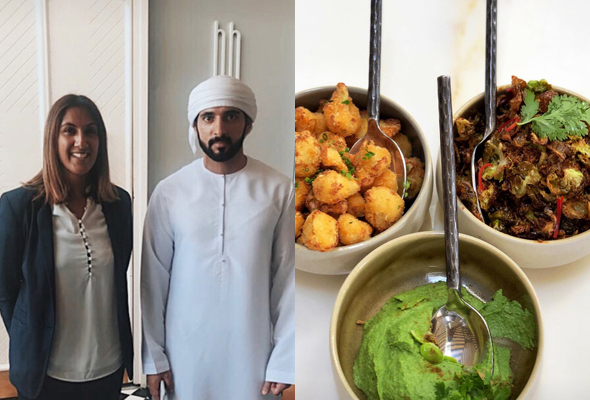 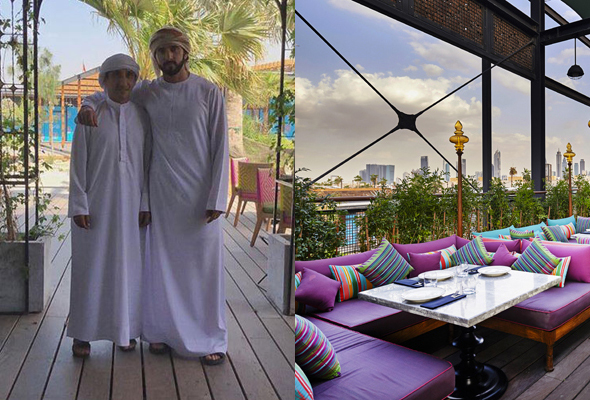 Always one to stay on top of the latest Dubai hotspots, in February 2018, Sheikh Hamdan was also spotted at Masti, the modern Indian restaurant at La Mer. The royal enjoyed the ‘gram-worthy tuna bhel tartare, as well as the picture-perfect lotus tiramisu. 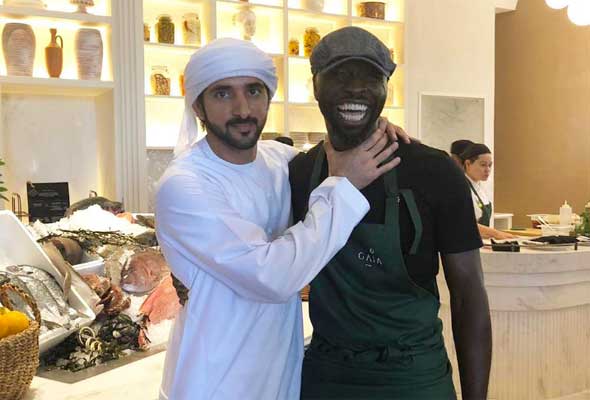 The Greek restaurant in DIFC by Chef Izu Ani has been visited several times by Sheikh Hamdan, and even by Sheikh Mohammed on one occasion. The Crown Prince is clearly a fan of Chef Izu – he has previously visited two of the chef’s other restaurants; Izu Brasserie and The Lighthouse, and since been spotted at Aya, Fika and Carine. 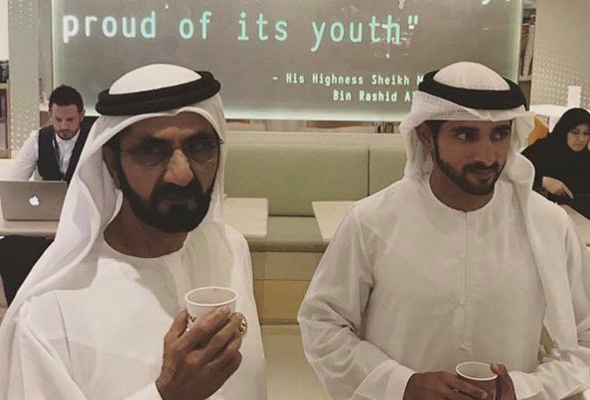 “We are a young country, proud of its youth.” It was this Sheikh Mohammed quote that inspired Flow, a healthy-eating cafe in Jumeirah Emirates Towers staffed entirely by young people. Sheikh Mohammed and Sheikh Hamdan popped in for a cup of coffee in May 2017. 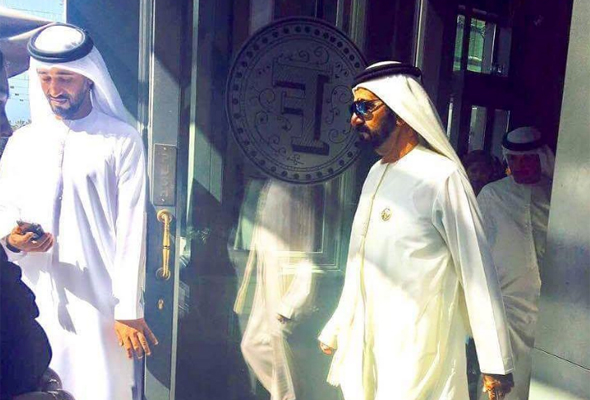 Farzi Cafe is a bit of a Sheikh Mohammed fave – he’s been spotted at the modern Indian bistro at least four times since it opened in June 2016. The chic City Walk spot is an offshoot of the flagship restaurant in New Delhi, founded by “prince of Indian cuisine” Zorawar Kalra. 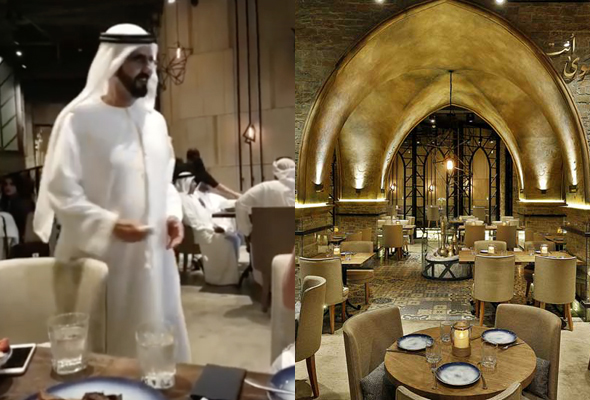 Located in Souk Al Bahar, this fine-dining Emirati fusion restaurant is another one of Sheikh Mohammed’s favourites. The restaurant even has Arabic calligraphy and poems written by Sheikh Mohammed adorning the walls. 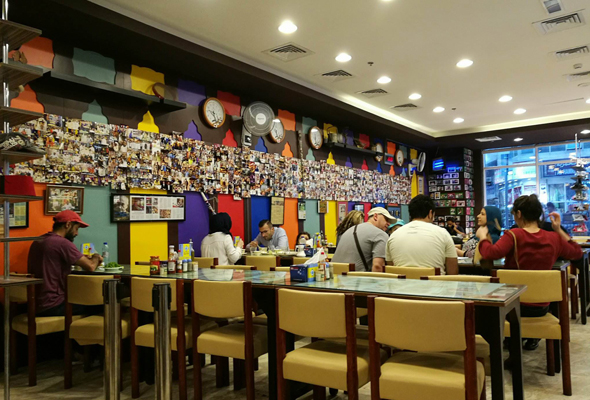 Legendary Iranian restaurant Al Ustad Special Kabab has been serving up its mouth-watering kababs since 1978, making it one of Dubai’s longest-running restaurants. The walls are covered with photos of some of its high-profile diners – including Sheikh Hamdan.

Eat & Drink
EDITOR’S PICKS
All the new restaurants, bars and pool clubs still to open in Dubai 2020
READ MORE
17 of the best coffee shops and roasters in Dubai
READ MORE
Jubail Mangrove Park to reopen next week with exciting new additions
READ MORE
All the DPI rapid Covid test centre locations in the UAE and how to book them
READ MORE
MOST POPULAR
Avail incredible deals and discounts with this Radisson foodie festival
Jumeirah at Etihad Towers to relaunch as Conrad Abu Dhabi Etihad Towers
Lunch plans? Check out 3 new deals in Dubai this week
8 great things to do in Dubai this week
Watch: Two whale sharks spotted in an Abu Dhabi canal
YOU SHOULD CHECK OUT
Our website uses cookies and other similar technologies to improve our site and your online experience. By continuing to use our website you consent to cookies being used. Read our privacy policy here.