There's so much happening at Nakheel Mall this weekend

On Thursday November 28, the stunning new Nakheel Mall on the Palm Jumeirah is opening its doors.

Promising to be a one-stop shopping, dining and entertainment destination, the eagerly-awaited new mall will open from 10am to 10pm on weekdays and 12pm to 12am on Thursdays, Fridays and Saturdays.

The mall consists of five retail floors, which will have more than 300 shops, restaurants and entertainment outlets. Just some of the names confirmed so far are H&M, Puma, Waitrose, Trampo Extreme, a 14-screen VOX cinema, Fabyland and there’s even a Fitness First.

The opening comes just in time for the UAE National Day weekend and there will be lots of live entertainment and promotions on to celebrate the 48th anniversary of the uniting of the seven Arab Emirates. 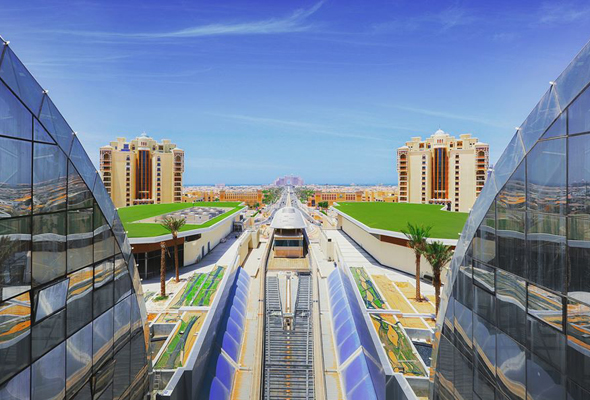 Dhs1 million worth of prizes are up for grabs for anyone who spends Dhs250 at the mall between November 28 and December 7, including a Maserati. Kids will be kept entertained with live shows and workshops and there’ll be a live band roaming around all weekend.

Wondering how to get there? If you drive, you’ll be able to leave your car in one of the 4,000 parking spaces at the new mall and the Palm Monorail station will be operational on opening day too, with free rides for mall visitors for three months after the opening date.

And there’s still more to come. A viewing platform is currently being built at the top of The Palm Tower, next door. Accessed via Nakheel Mall, when it opens in 2020, The View at The Palm will offer visitors panoramic views out across The Palm and beyond.

Culture
Eat & Drink
Things to do
EDITOR’S PICKS
Ramadan in Dubai: 50 iftars to try
READ MORE
Where can Dubai residents travel? Check out these 14 destinations
READ MORE
Rumours, facts and reveals: New Abu Dhabi bars and restaurants
READ MORE
UAE announces reduced working hours for Ramadan 2021
READ MORE
MOST POPULAR
There's a 30 per cent sale taking place during the long weekend on LegalHomeDelivery.com
Pics of the week: Your best photos of the UAE
Here's why you need to visit Mimi Kakushi's new Friday lunch
New films to watch in cinemas this week: May 13 to 19
Torno Subito's new lunch menu offers a quick mid-week vacation
YOU SHOULD CHECK OUT
Our website uses cookies and other similar technologies to improve our site and your online experience. By continuing to use our website you consent to cookies being used. Read our privacy policy here.