You can now explore this 'haunted' palace in Ras Al Khaimah

The mysterious building hasn’t been lived in for 35 years…

Since 1985, Ras Al Khaimah has been home to a mysterious palace which has remained empty for the majority of that time. Rumour has it that the family of the late Sheikh Abdulaziz bin Humaid Al Qasimi who it was built for, moved out after one night claiming the property was haunted.

After years of speculation and mystery, the Al Qasimi Palace is now open to the public. Visitors can explore the four-storey property for themselves and discover the hidden secrets behind closed doors, although photography inside the palace is banned and could land you a fine of Dhs200.

Inside you’ll venture around the 35 rooms, which have been designed with marble floors, glass chandeliers and a few peculiar artworks. There’s also a room with a huge pyramid structure that sits at the top of the mansion. 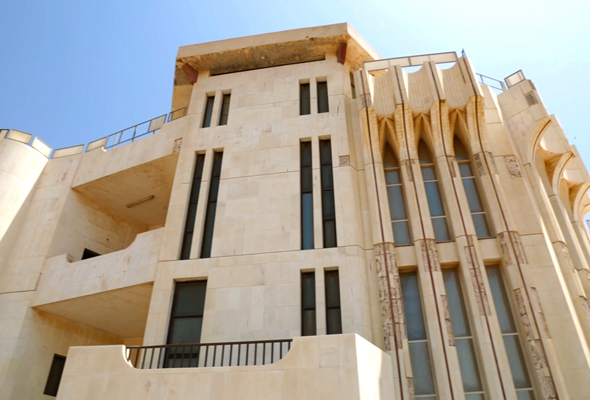 According to signage at the site of the palace, the public will only be able to access the mansion for a limited time, before it undergoes ‘large development work’. After-which the space will become a ‘horror adventures’ attraction with restaurants, cafes and hotel rooms.

Al Qasimi Palace, also known as Al Qasr Al Gamedh, isn’t the only spooky site in Ras Al Khaimah. Take a 20 minute drive from the palace, and you’ll find Al Jazirah Al Hamra which is known as the Haunted Village or ‘ghost town’, thanks to its deserted buildings.

Tickets for Al Qasimi Palace are priced at Dhs75 for individuals, or families and groups can enter for Dhs50 per person. The palace is currently open to visitors from Sunday to Thursday, 9am to 7pm. However you might want to get in there quick as it’s not yet clear when the renovations will begin.