Here's why you need to celebrate St. Patrick's Day at McGettigan's

When it comes to partying, no one knows how to do it better than the Irish. With St. Patrick’s Day just around the corner, it’s time to start planning how you’ll be shaking your shamrock on the big day. St. Patricks Day falls on Tuesday March 17, but you can celebrate the weekend before at McGettigan’s.

On Thursday March 12 and Friday March 13, McGettigan’s across the city will be hosting plenty of fun celebrations to get involved with. At McGettigan’s JLT, you’ll find two incredible live music concerts, with performances on Thursday March 12 from folk rockers Hermitage Green, and The Coronas who are sure to play hits such as San Diego Song and Someone Else’s Hands.

Entrance to Thursday night’s gig will be priced at Dhs180, including one house beverage. 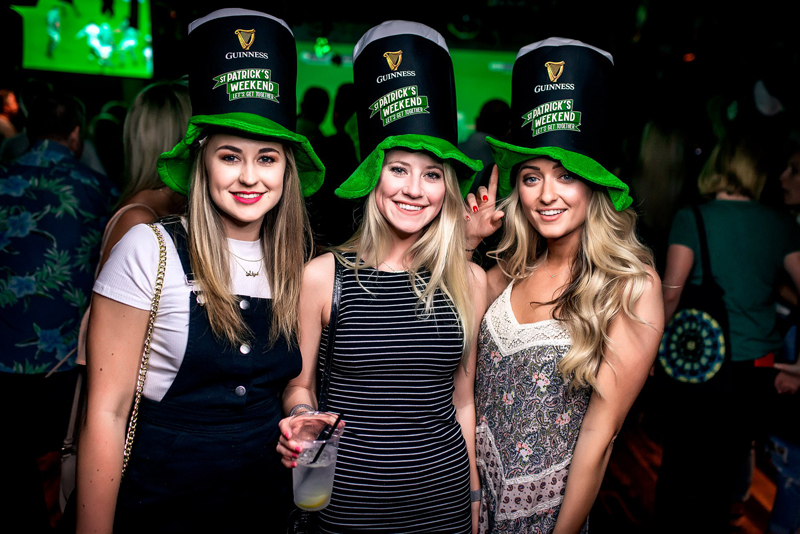 Make sure you’re there on the 13th, when you’ll find a four-hour brunch at McGettigan’s DWTC (Dhs400), JLT (Dhs450) and Souk Madinat (Dhs475). From 1pm to 5pm you can enjoy an unlimited selection of tasty bites and refreshing drinks, before taking the shuttle bus to JLT for the evening’s exciting musical performances.

The gig will kick off at 6.30pm where a host of live talent will be taking the stage. From 8pm you’ll be able to see one of Ireland’s most exciting bands, The Academic. Following their epic set will be the night’s headliners, Picture This. Only brunch-goers will be permitted access to the concert.

To celebrate on the official day, McGettigan’s will be offering drinks for just Dhs17 between 12pm and 6pm on March 17 at their JLT, JBR, DWTC and Souk Madinat locations. Even if you’re not Irish, you can get involved with the deal just by wearing something green. Sláinte!

You can expect traditional entertainment in the form of Irish dancers at JLT and Souk Madinat and U2 tribute band, The Joshua Tree in McGettigan’s JLT.

Bars
EDITOR’S PICKS
Ramadan in Dubai: 48 iftars to try
READ MORE
Where can Dubai residents travel? Check out these 14 destinations
READ MORE
Rumours, facts and reveals: New Abu Dhabi bars and restaurants
READ MORE
UAE announces reduced working hours for Ramadan 2021
READ MORE
MOST POPULAR
UAE: Strict restrictions may soon be in place for those who aren't vaccinated
Review: Rainforest camping at The Green Planet Dubai
The rules for children wearing face masks have been updated in UAE
Etihad sale: Surprise gift boxes and a chance to win 50 times your airfare
Break your fast in style at W Dubai - The Palm this Ramadan
YOU SHOULD CHECK OUT
Our website uses cookies and other similar technologies to improve our site and your online experience. By continuing to use our website you consent to cookies being used. Read our privacy policy here.