Over a dozen drafts on tap, and 60 bottled beers – finally a legit beer garden is here…

At first blush, Soho Beer Garden might seem like one of those Instagram-bait bars that have become ubiquitous over the past few years. But beyond the retro lamp lights and wooden swing benches, there are legitimately great things happening here, particularly in terms of the beer selection. The suds are as ample as the patio space: 13 draft lines and more than 60 bottled beers, ciders and speciality brews like Laguinitas, Brooklyn IPA, Hobgoblin, and Delirium Tremens all grace the menu. The backyard is large enough that there’s a strong chance you’ll actually be able to grab a seat without having to jostle for space. 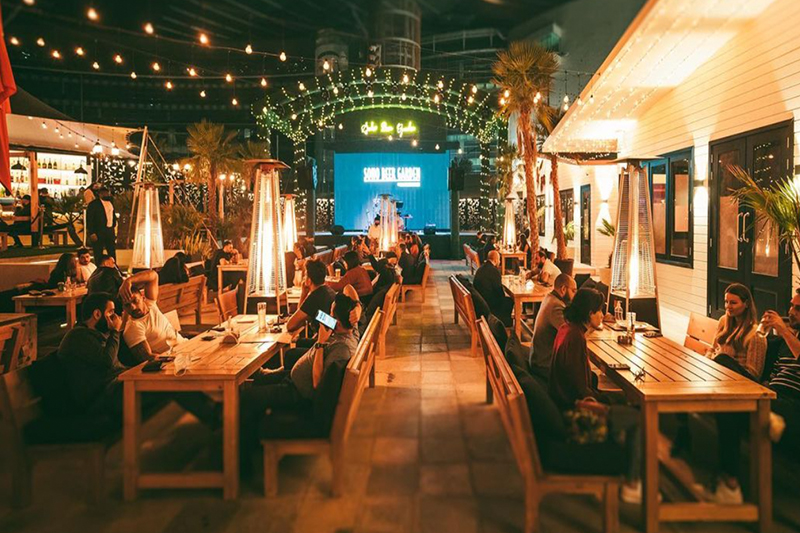 The food menu also elevates typical beer-garden fare. There are two enormous menus to look through: the one specifically for Soho Beer Garden, and another from Foxglove restaurant, which is the new indoor space right next to the beer garden. 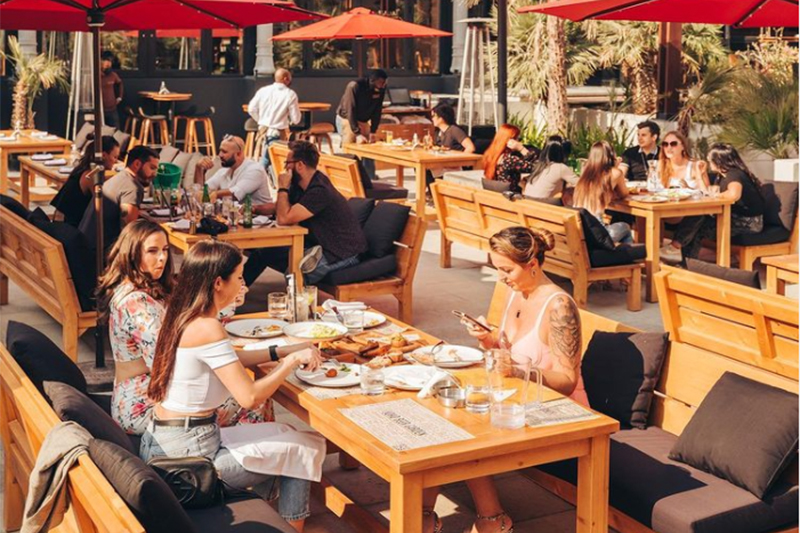 Highlights from the Beer Garden menu include wood fired pizzas (from Dhs60), the sausage selection, which features veal bratwurst (Dhs75), and beef chorizo (Dhs75), among others. German pretzels (Dhs55), poutine (Dhs55) and chicken sausage rolls (Dhs55) top the bar snacks. We particularly liked the wood-fired Margherita, which was slightly smaller than most pizzas around town, but arrived with a deliciously charred crust. 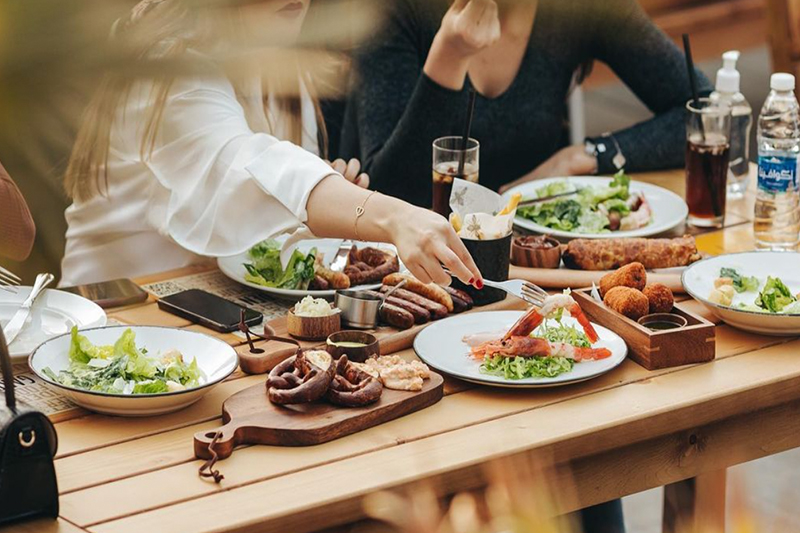 14 of the best beer gardens in Dubai

Time your trip right to Soho Beer Garden and you might catch one of its live music sessions. Once the Covid restrictions ease, Monday nights will see resident band Talk of The Town perform at the Garden’s huge stage while you tuck into the burger and pint deal for Dhs99. On Wednesdays it’s ‘80s and ‘90s music, and there’s a brand new Friday brunch from 1pm to 5pm for only Dhs299 with food, beer garden games and more. Well worth a visit any night, we think.

Eat & Drink
Restaurants
Reviews
EDITOR’S PICKS
UAE holiday dates announced for Eid Al Adha
READ MORE
Another update: Emirates extends suspension of flights from India to UAE
READ MORE
Coming soon: Everything we know about Ain Dubai so far
READ MORE
Khorfakkan set to open new tourist attraction 580 metres above sea level
READ MORE
MOST POPULAR
It's Dhs350 to brunch, stay and play at the What's On Lock In this weekend
After party: 8 of Dubai's best after-brunch deals on a Friday
Jones The Grocer is bringing its cheese, grape and jazz night to Abu Dhabi
A two-day art festival is taking place in Alserkal Avenue this weekend
Transport to Greece as Opa's monthly brunch returns
Al Qana update: Abu Dhabi mega project announces four new F&B outlets
YOU SHOULD CHECK OUT
Our website uses cookies and other similar technologies to improve our site and your online experience. By continuing to use our website you consent to cookies being used. Read our privacy policy here.