Where are the best cultural sites in Abu Dhabi…?

And if you’d like to find out a little more about Abu Dhabi’s cultural credentials, the What’s On walking tour is about to depart. Please keep your eyes inside the margins, and the noise down to a whisper, off we go… 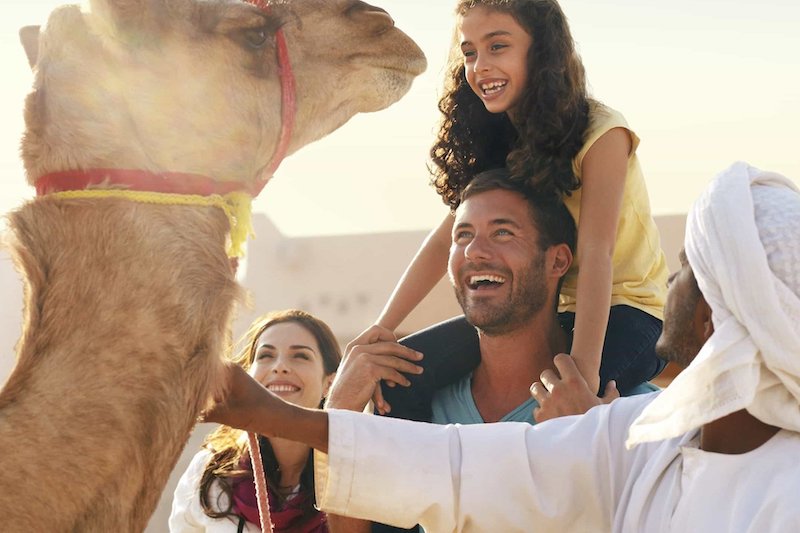 You’ll find this dromedary expo about 15 minutes outside of downtown Al Ain. The camel is of central importance to the UAE story, and their trade still takes place in these bustling market places today. Lucky guests might get the opportunity to see camels flexing their A-game in demonstrations of racing pedigree. You’ll have to brave some pretty formidable scents, but it’s rare to find examples of traditional Middle Eastern life, this authentic and open to the public. It also affords a perhaps unmatched opportunity to catch a candid camel selfie.

Al Ain, daily 6am to 7pm (although most of the trading happens first thing). visitabudhabi.ae

This 1,200-hectare desert oasis is found in the middle of Al Ain and attained UNESCO World Heritage status in 2011. It contains more than 147,000 date palms, trees bearing mangos, oranges, bananas, figs and jujube. With its whimsical shaded pathways beneath fractal canopies it’s a place that provides a shuddering contrast to the urban jungle of Abu Dhabi’s cityscape. If you fancy a trek round it, you can also swing by the Eastern Fort on the edge of the property, it was completed around 1910 by the late Sheikh Sultan bin Zayed. There’s also an Eco-Centre that offers insight into the conservation efforts at the oasis, and a look back at its history. 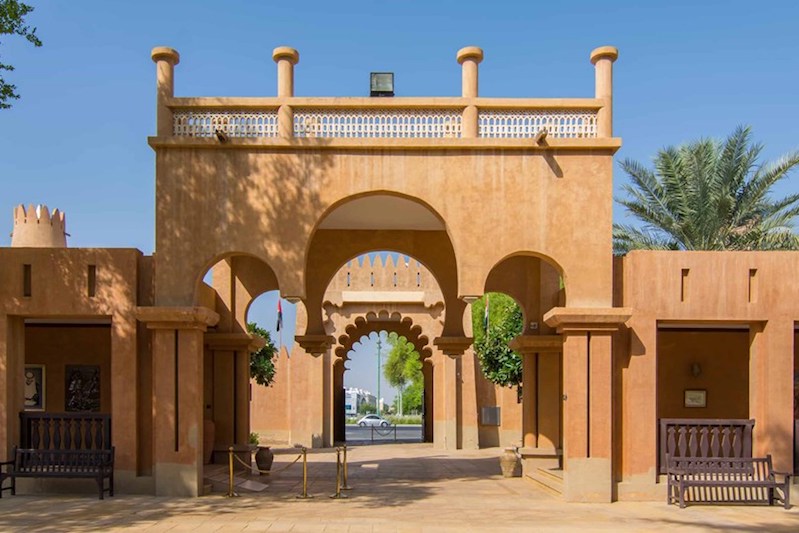 This re-instated fort was once home to the Founding Father of the UAE, the late Sheikh Zayed bin Sultan Al Nahyan, who lived here before moving to Abu Dhabi in 1966. The bedouin-style structure houses a culturally immersive experience of life in the emirate before the discovery of oil, exhibits that give insights into the origin story of the Founding Father, and a room devoted to the Holy Quran including teachings of the Prophet Muhammad (Peace Be Upon Him), inscribed on the ceiling. 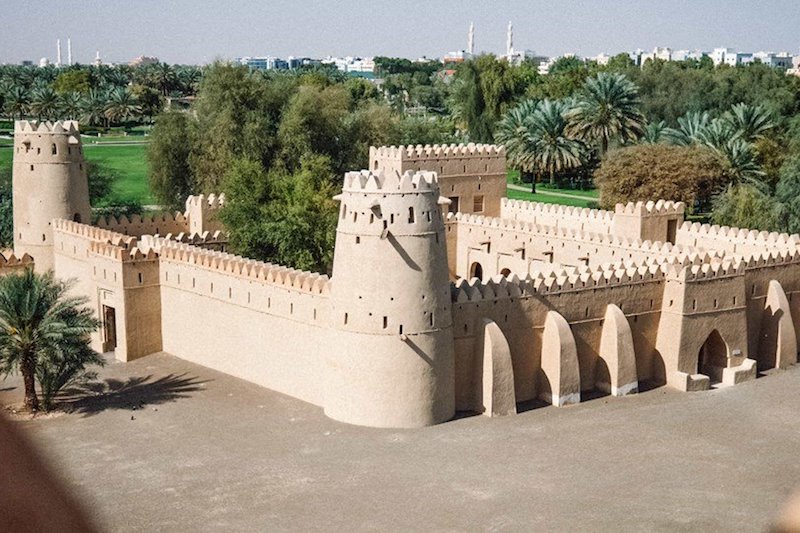 Home to exhibitions, surrounded by lush gardens and representing an entrancing architectural aesthetic, this Al Ain fort won a Terra Award for Internal Design and Layout in 2016. It was originally built at the end of the 19th century, on the orders of the ruling Al Nahyan family. There’s currently one permanent exhibition running at the fort, a celebration of the adventures of Sir Wilfred Thesiger (also known as Mubarak bin Landan, ‘Blessed One of London’), who made multiple crossings of the Empty Quarter (Rub’ al Khali), in the 1940s. 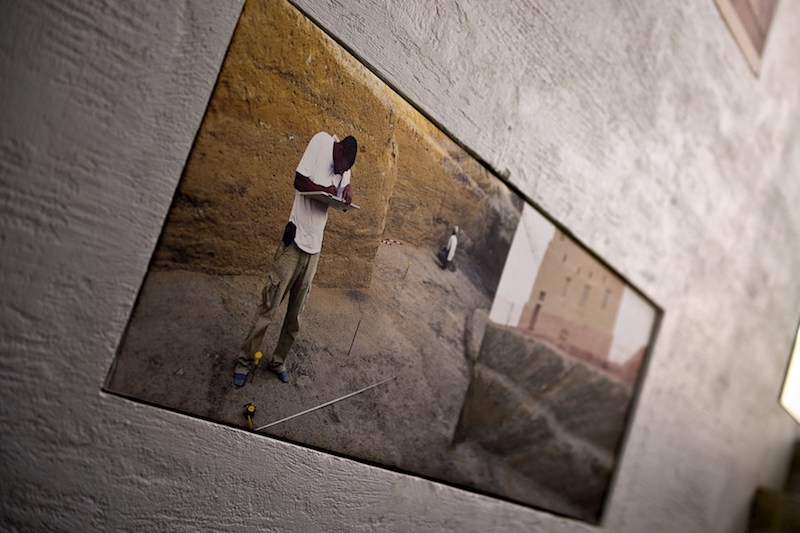 Housed in a traditional mud-brick ‘BinʿAti Al-Darmaki’ tower house, the mission of this Al Ain-baed arts centre is to both provide a stage for the creative works of locally-based talent, and a place to create it. Inside you’ll find art, archaeological and heritage exhibits; studios for music, handicrafts, drawing and painting; workshopping space; a digital room for photography; and a Calligraphy Studio. In addition to the busy itinerary of classes, there are also ongoing cultural exhibitions. 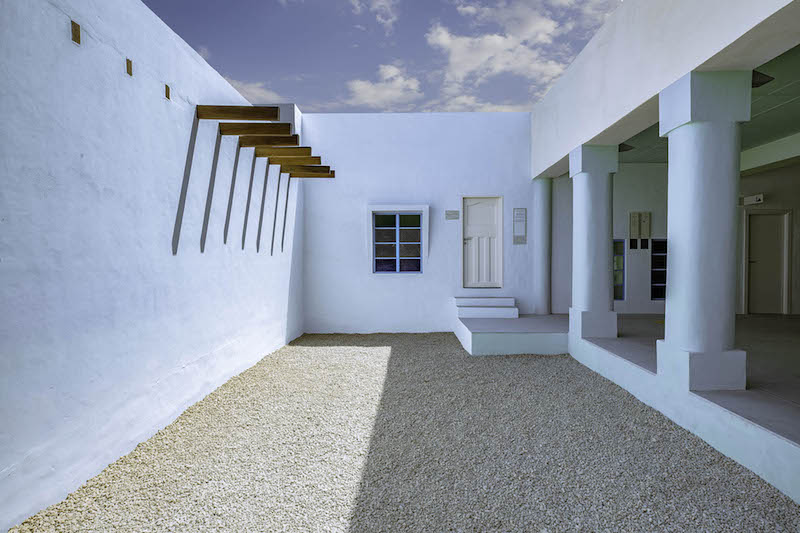 Once the home of the late Sheikh Mohammed bin Khalifa Al Nahyan, father-in-law to Sheikh Zayed bin Sultan Al Nahyan, Founding Father of the UAE — Bait Mohammed bin Khalifa has been renovated and transformed into a cultural community centre in Al Ain. Its new role, as well as preserving an important artefact of heritage, is to provide a space for community arts, crafts and creativity. *Curtain Drop* An integral element of the centre’s identity, Al Ain Theatre has established a permanent hub at Bait Mohammed bin Khalifa, offering authentic artistic and cultural events such as festivals, courses and workshops. 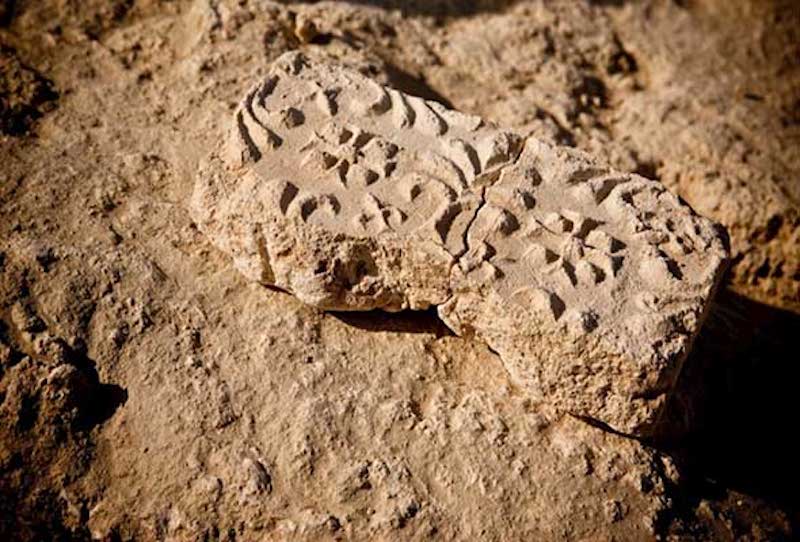 Originally discovered in 1992, the Church and Monastery of Sir Bani Yas is now available to visit for those willing to make the trip to the island. The site is located on the eastern side of Sir Bani Yas and is 1,400 years old, making it the oldest Christian site in the UAE. The complex is said to have housed about 30 monks and included a church, a courtyard, a kitchen and dormitories where the monks prayed and slept. Some of the artefacts extracted as part of the excavation are on exhibit in Louvre Abu Dhabi. 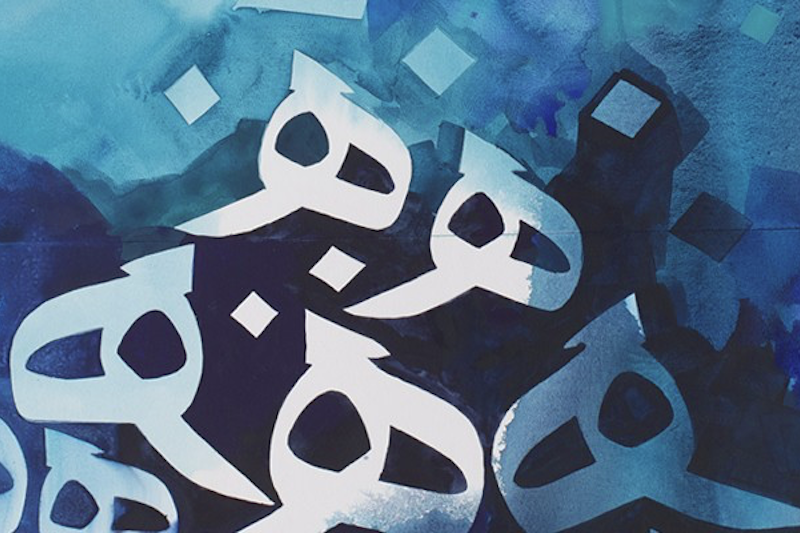 A modern home for modern UAE creativity. This art-flex nexus contains a diverse collection of exciting work from international and locally-based artists, the gallery also has a calendar packed with special limited-time exhibitions. It’s completely free to visit and despite only opening in 2013, it’s already built up international recognition in the arts world. 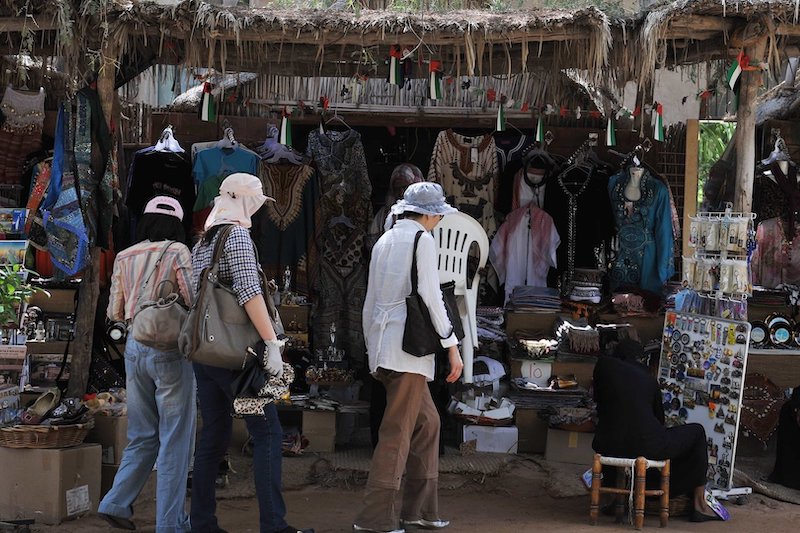 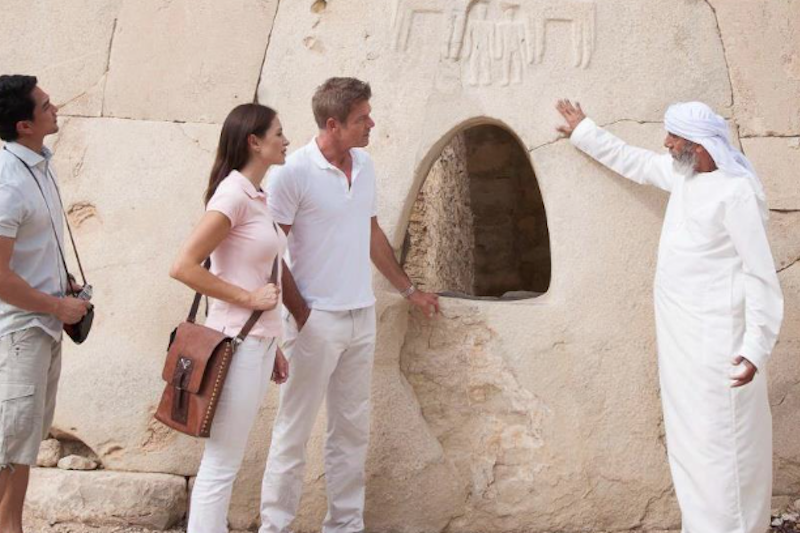 This site contains the largest collection of tombs and buildings from the Bronze and Iron Ages, found in the UAE. Visitors can see structures from an early agricultural settlement, with roots in the region’s past as far back as 3,000 BCE. 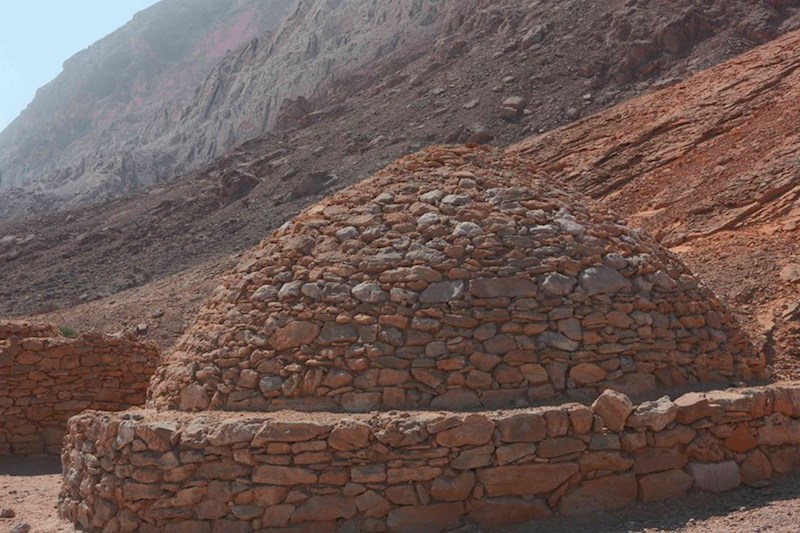 Another important archaeological site in Abu Dhabi, these 5,000 year old tombs date from the very dawn of the Bronze Age. This necropolis is home to 500 or so rocky coffins, each made from mounds of unworked stone. Within the grounds of the tombs, several objects of interest were excavated, including ceramic vessels and items forged from copper. One of the best ways to learn about and experience these tombs is by joining up with a guided tour from the nearby Jebel Hafit Desert Park. 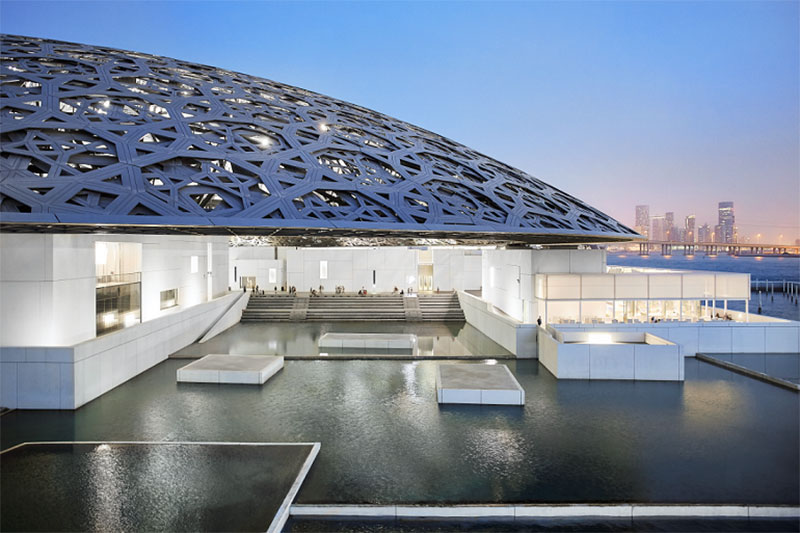 One of the most significant cultural spaces in the region, this gallery-museum is the Middle Eastern sister of the original Parisian Louvre. Beautiful on the outside as well as in, the Jean Nouvel-designed structure opened in 2017 and has been beguiling visitors with its cleverly curated collection of artworks and objects of historical curiosity ever since. There are frequent international exhibitions, a robust arsenal of educational tools and important loans from some of the world’s finest collections of art and antiquities. 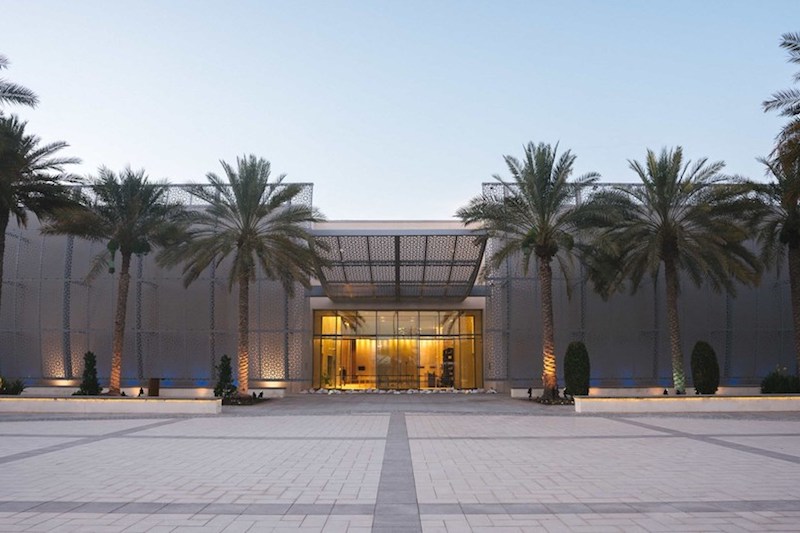 The name when translated into English from Arabic means ‘a place of enlightenment’. Manarat Al Saadiyat is the hang space of choice for a cool selection of temporary and more permanent curations. The annual Abu Dhabi Art fair is held here, there’s an epic outdoor events terrace, a café and brasserie, three galleries, a photography studio, an art studio, a 250-seat auditorium and gift shop. For those that like their art up high and their beats down low — current exhibition Contact High, charts the history of hip hop through some rare photography and an illuminating sample of rap-paraphernalia. 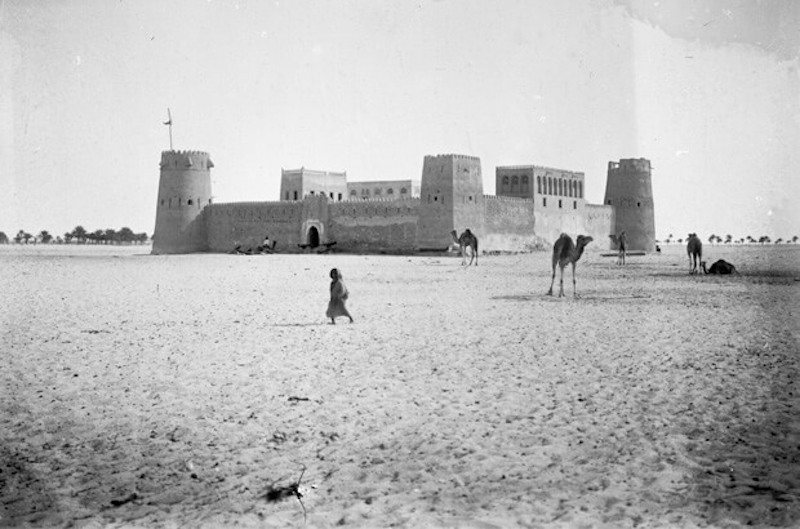 One of the most important cultural centres in the whole of the UAE, Qasr Al Hosn is a National Monument. Once the seat of the nation’s government, a home to the Al Nahyan family and the site of a national archive — the fort and watchtower (which dates to around 1790) now looks over its role as historian for the UAE.  It’s also just opened a brand new House of Artisans component which offers guests the opportunity to learn about, and even try their hand at, traditional Emirati arts and crafts. 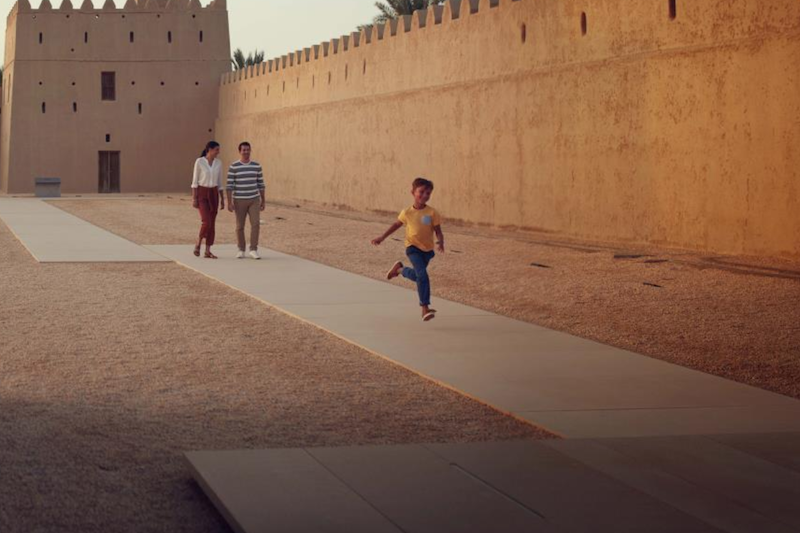 The permanent exhibition at Al Ain Palace, Qasr Al Muwaiji is housed in a gorgeous glass building in the main site’s courtyard. Here you’ll be told the origin story of the palace and its most famous former resident, HH Sheikh Khalifa bin Zayed Al Nahyan. The visionary Sheikh was born and raised in Qasr Al Muwaiji, which makes this very special location the perfect place for illuminating the life of the great man. 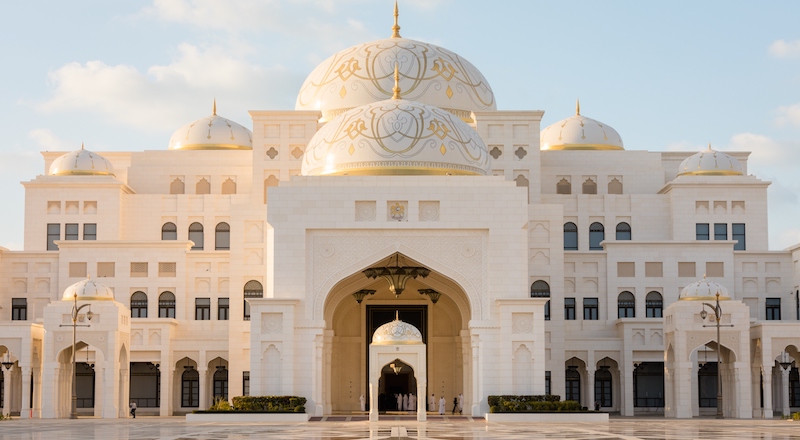 Tickets to visit the Presidential Palace of the Nation are just Dhs60 for adults (Dhs30 for kids), and once inside you can gawp at the epic architecture, visit the great hall and dive into the story behind the birth of the nation. You can also catch the popular Palace in Motion Sound and Light show, which takes place on Thursday, Friday and Saturday evenings. An extravaganza that illuminates stories of the past, present and future of the nation. 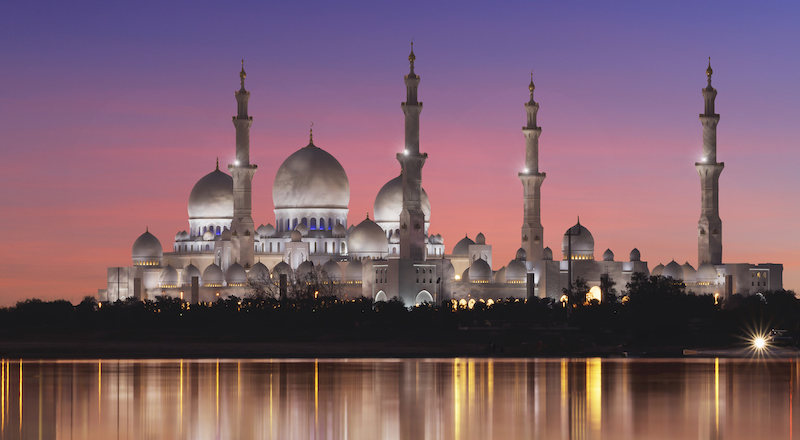 One of the world’s largest mosques, this inspirational building was commissioned by Sheikh Zayed bin Sultan Al Nahyan and was completed in just over a decade. The Sheikh Zayed Grand Mosque has space for 40,000 worshipers each day and pulls design features from Turkey, Morocco, Pakistan and Egypt, and other Islamic countries. There are 1,096 amethyst-and-jasper-embedded columns, 82 white marble domes — one of which features beautiful gold lead calligraphy of Quranic text on the interior, reflective pools, Swarovski chandeliers, the world’s largest hand-woven carpet, a breathtaking prayer hall, and a courtyard with one of the world’s largest marble mosaics.

Al Maqta’a, daily 11am to 11pm, free. Book your visit at visit.szgmc.gov.ae 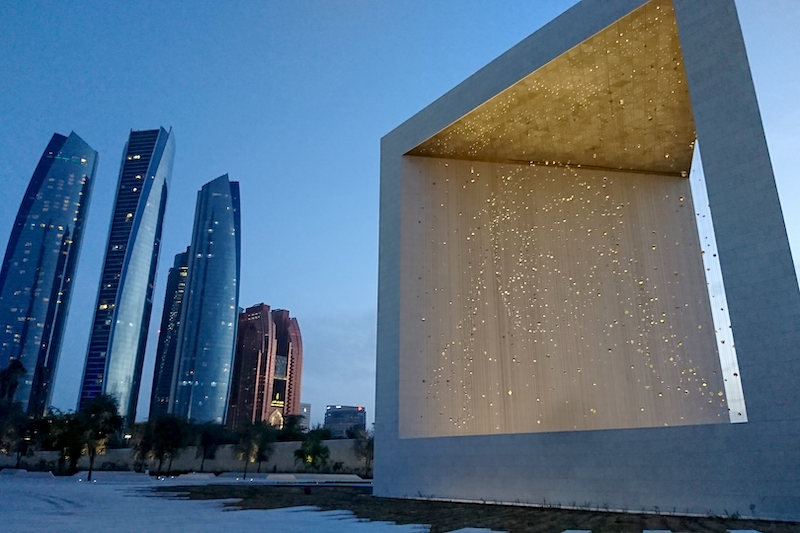 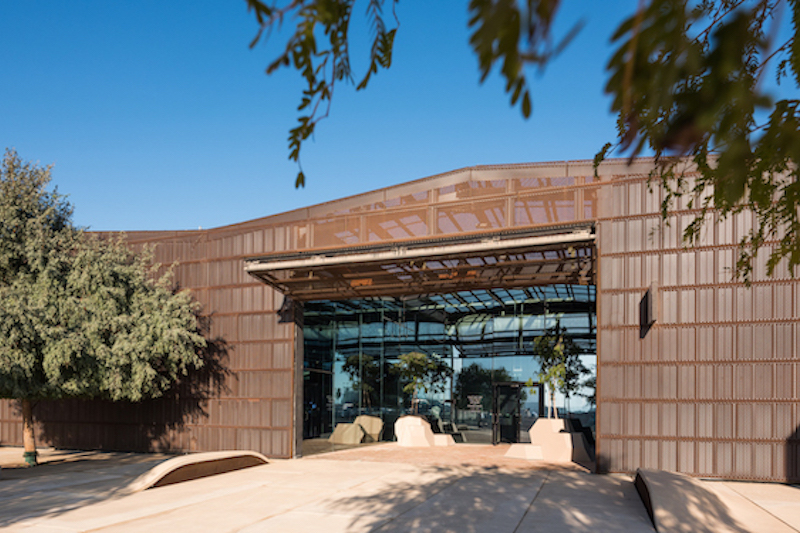 This homegrown arts centre seeks to unearth and nurture local and regional talent. Warehouse421 provides a space that educates and inspires artists and art-enthusiasts, with engaging workshops and of course, essential enwisening exhibitions. 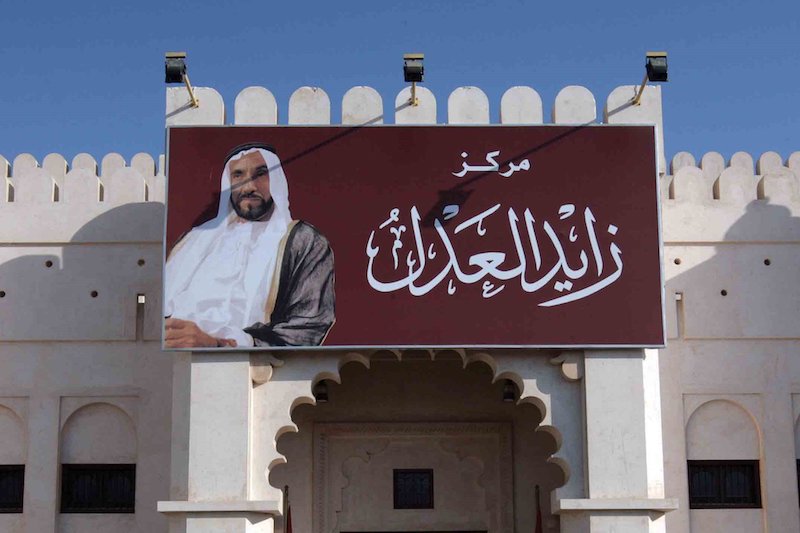 Here, the life and times of the Father of the Nation, the late Sheikh Zayed bin Sultan Al Nahyan, is brought into sharp focus. Within the walls of this traditional Emirati villa, we’re given a privileged glimpse at keystone memorabilia from the life of the visionary founder of the UAE. From the collection of hunting rifles, to a full photo gallery of diplomatic engagements and wholesome family gatherings, gifts from visiting dignitaries (including stuffed lions and cheetahs) and even a special exhibit of the original President’s most prized vehicles.

Culture
Things to do
EDITOR’S PICKS
UAE holiday dates announced for Eid Al Adha
READ MORE
Emirates extends suspension of flights from India to UAE again
READ MORE
Coming soon: Everything we know about Ain Dubai so far
READ MORE
Khorfakkan set to open new tourist attraction 580 metres above sea level
READ MORE
MOST POPULAR
6 brilliant hair and beauty deals in Dubai salons right now
There's an epic 2-for-1 deal on this new Abu Dhabi brunch
The next Regional Artist Spotlight rising star is: Moh Flow
Myrra by Opa launches Greek and Spanish Saturday brunch
Stargaze at night from Palm Jumeirah's sky-high observation deck
YOU SHOULD CHECK OUT
Our website uses cookies and other similar technologies to improve our site and your online experience. By continuing to use our website you consent to cookies being used. Read our privacy policy here.