Apple launches AirTag: Here's how much they'll cost in the UAE...

On April 20, 2021, tech giants Apple unveiled a series of new products at its virtual Spring Loaded event. The new line-up included a redesigned iMac, a new iPad Pro with 5G connectivity, a smart TV, a family-focused Apple Card, a podcast subscription service, an iPhone 12 and 12 Mini in a new colour-way, and the AirTag.

What is an AirTag?

It’s said that the best products solve a problem. Are you always losing track of your wallet, keys, bag? Apple hopes to solve that problem with AirTag. The gadget essentially attaches to your chosen item and acts as a tracking device.

It connects to your phone, Apple Watch, iPad or Mac through the Find My app, and you’ll be able to see on a map exactly where the item is. If it’s close by, you can play out a sound to help you locate it.

If you’ve ever used the Find My app to locate your apple device, the process is the same but you can now use it for non-tech products. You can even ask Siri to located the item for you. 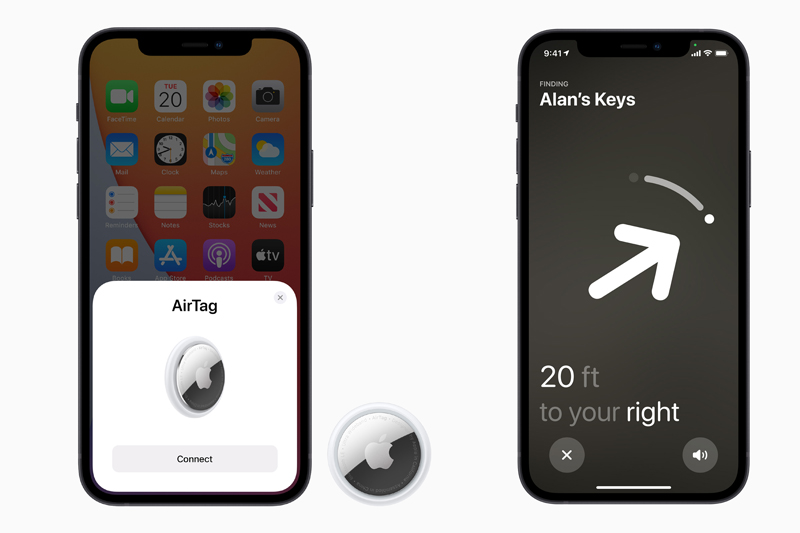 How much will an Apple AirTag cost in the UAE?

It was mentioned in the Apple event the AirTag can be purchased on its own or in a pack of four. The singular AirTag will cost Dhs129 for one, or Dhs439 for all four tags.

There are, of course, modifications and accessories available with the products. Customers can personalise their AirTags with engraving and even emojis for free when you purchase direct from Apple.

Different straps will be available too, there’s a polyurethane loop, a leather loop and leather key ring to help your AirTag reflect your own personal style. Apple will also be teaming up with Hermès to create a luxurious accessory line for the AirTag.

When can I purchase an AirTag in the UAE?

Tech
EDITOR’S PICKS
Ain Dubai will open with fireworks, live music and a drone show
READ MORE
Incredible Aura SkyPool to open in Palm Tower this November
READ MORE
Brit Grand Slam hero Emma Raducanu confirmed for Mubadala Tennis
READ MORE
What’s On Nightlife Awards 2021: Here are the nominees...
READ MORE
MOST POPULAR
13 of the best places for glamping in the UAE
Emma Raducanu sends a message to her UAE fans
Parisian celebrity hotspot Caviar Kaspia has opened in Dubai
Here's what you'll be eating at SushiSamba when it opens in November
Chic Mediterranean beach bar Ula is now open on the Palm Jumeirah
YOU SHOULD CHECK OUT
Our website uses cookies and other similar technologies to improve our site and your online experience. By continuing to use our website you consent to cookies being used. Read our privacy policy here.