What’s On The Bookshelf: Stories that are out of this world

While most of us are planning to beat the heat this summer by either hiding indoors or going on mini staycations, it’s worth considering another location that we might someday be able to add to our lists: outer space.

With the 52nd anniversary of the moon landing taking place this year, our friends at the Emirates Literature Foundation are not only celebrating the momentous occasion but also letting their minds wander among the stars with books that look at the future of space travel.

Reaching for the Moon by Buzz Aldrin and Wendell Minor 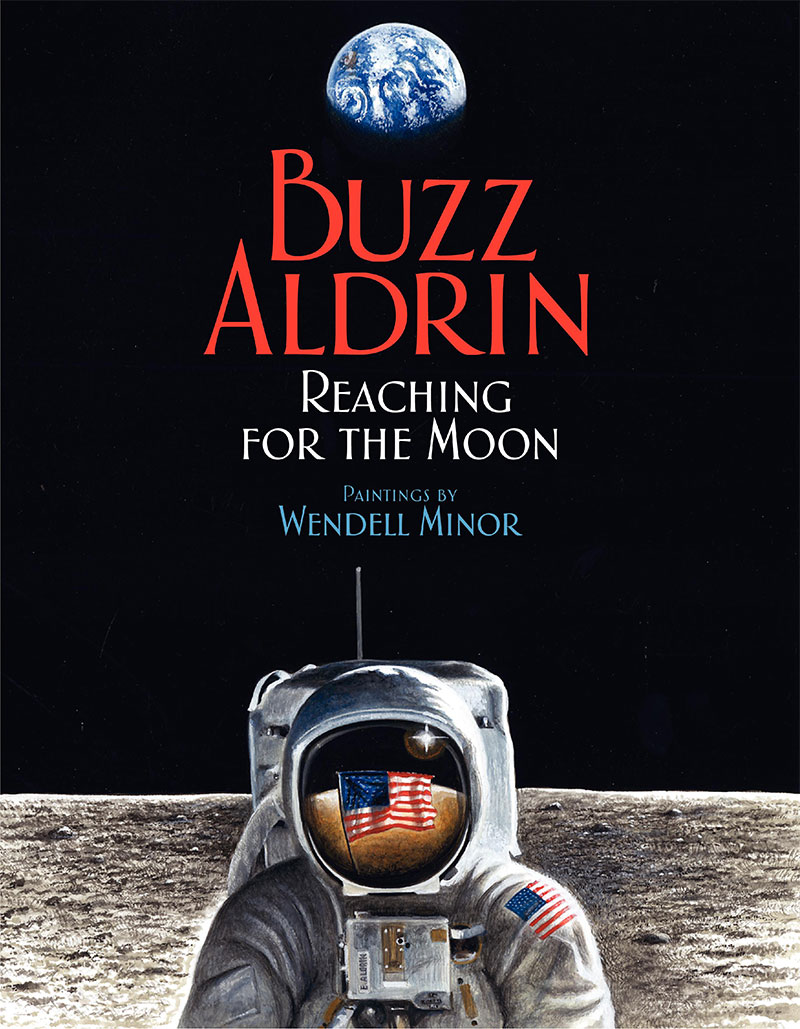 Learn about the moon landing from someone who was there. In this book, Buzz Aldrin himself recounts all the milestones of his life that led him to become the second man on the moon. This picture book sees Aldrin’s own words be brought to life with Minor’s stunning illustrations, as they invite readers into pivotal moments. From his interest in rock collecting as a boy to his early flight training to eventually setting foot on the moon, you’ll read about it all. The book is fit for readers of all ages and perfect for introducing younger ones to the wider world and our ability to travel through it. 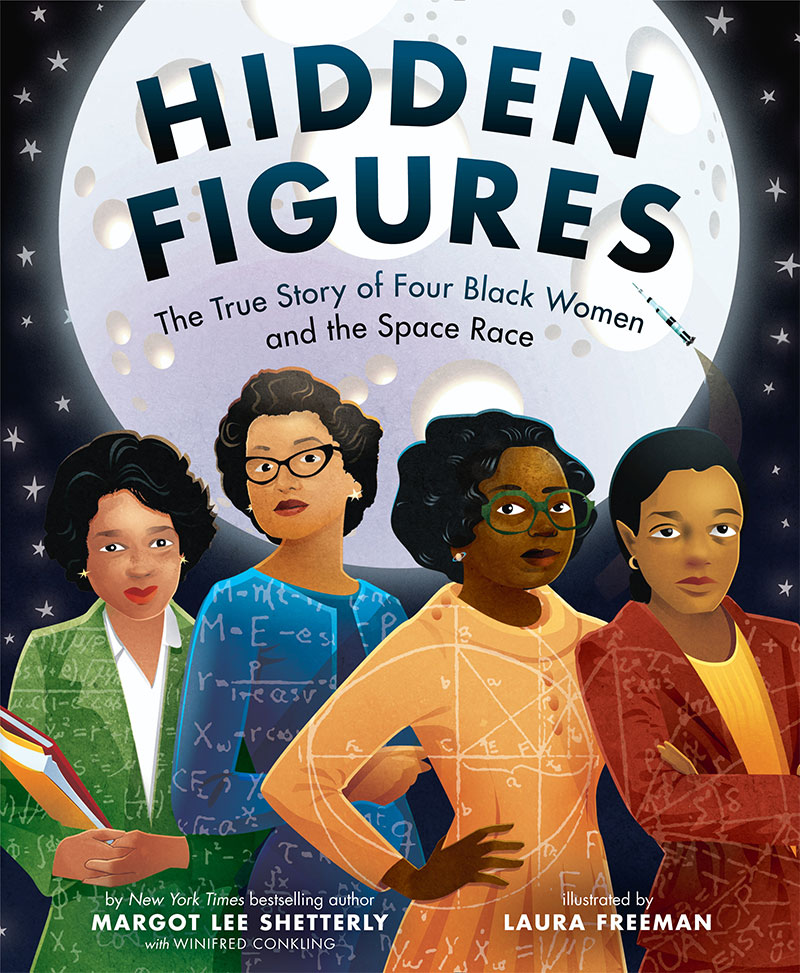 8 books for children by Dubai-based authors

‘One small step for man’ was actually made possible by quite a few women who worked to ensure the American astronauts safely launch into space and got back to earth. Shetterly’s book spans over three decades, starting with World War II, as it outlines the careers of four African American women: Katherine Johnson, Dorothy Vaughan, Mary Jackson, and Christine Darden. It illustrates the challenges they faced in the pursuit of success as they helped change the future of the Space Race. It’s perfect for fans of both the 2017 film of the same name and for those interested in the history of space travel.

The Race to Space by The Mohammed bin Rashid Space Centre

Even as the UAE has continued to develop rapidly here on earth, it’s also kept its sights high among the stars, aiming to explore the outer cosmos. This book published by the Mohammed bin Rashid Space Centre (MBRSC), details an easy-to-follow history of space exploration in the Arab world, before also examining some of the MBRSC’s modern-day achievements. From the launch of the UAE astronauts program to the Mars Hope Probe and the UAE’s plan to build a city on Mars by 2117, the book does a remarkable job of painting a clear picture of the program’s hopes and goals — and the path it will take to get there. You can purchase the book here. 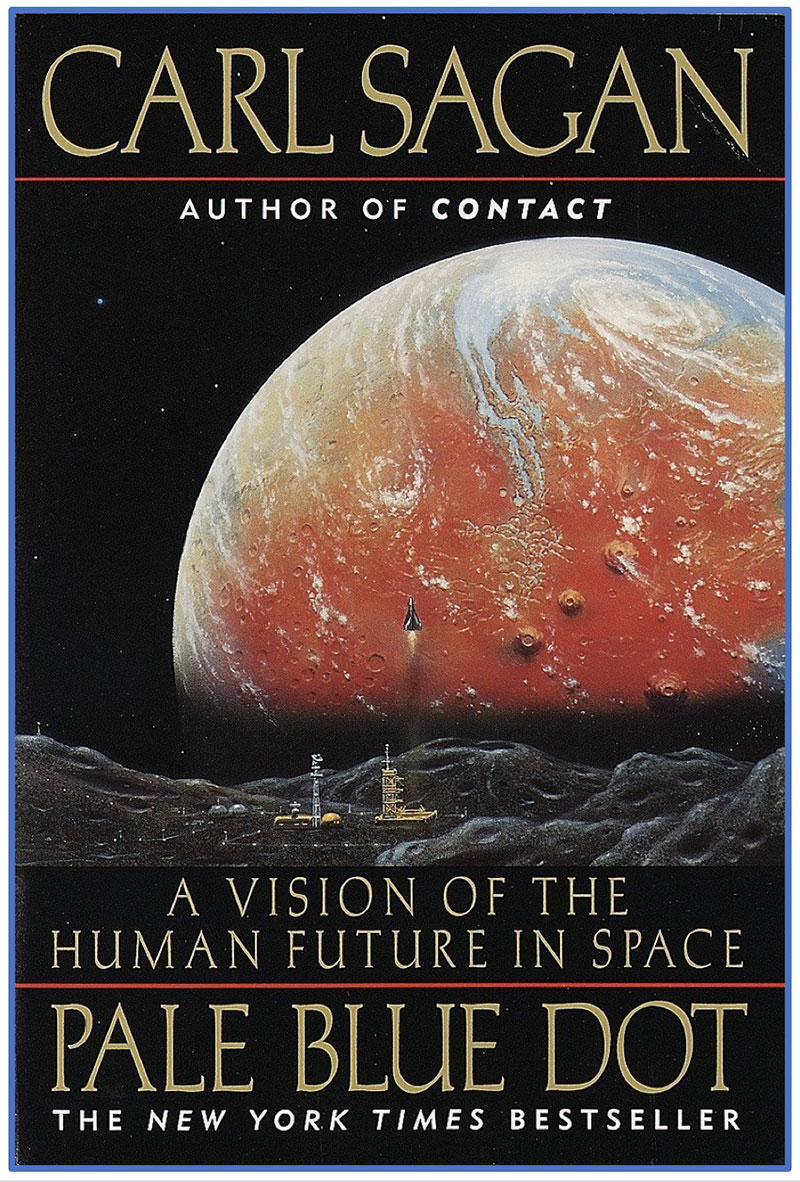 A renowned astrophysicist, Sagan has penned a few books about space, the planets, and our place in the midst of it all. But, while most fans of space and all it entails might be familiar with his book Cosmos and its potent blend of science and philosophy, its Sagan’s sequel might prove most worthwhile at this point in time. Pale Blue Dot is named after a famous photo of the same name, which shows the earth as a small dot caught in a wider beam of light; an awe-inspiring snapshot of our place in the wider universe. Sagan builds on this by not only considering the history of our planet and people, but also relating it to the solar system at large as he argues that it will help us better understand our planet, and the need to come together as a species to ensure our future survival. Despite having been published in 1994, many of Sagan’s points still stand and seem reflected in the recent push for not just travel to Mars, but also space colonisation. Sagan’s words remain as hopeful and inspiring as ever, making this book perhaps his most poignant.

If you liked this list of space-themed non-fiction from Nivea Serrao, Web Content Manager at the Emirates Literature Foundation, don’t forget to read her other recommendations on the Foundation blog. Catch up on exclusive interviews and sessions from Emirates Airline Festival of Literature 2021 on the Foundation’s YouTube channel and their podcast, Best of the Emirates LitFest. Or check out the team’s round-up of the Women’s Prize for Fiction shortlist on their other podcast The Boundless Book Club.

Books
Culture
EDITOR’S PICKS
Ain Dubai will open with fireworks, live music and a drone show
READ MORE
Incredible Aura SkyPool to open in Palm Tower this November
READ MORE
Brit Grand Slam hero Emma Raducanu confirmed for Mubadala Tennis
READ MORE
What’s On Nightlife Awards 2021: Here are the nominees...
READ MORE
MOST POPULAR
Win! Tickets to the UAE Vine Festival worth Dhs1,190
10 wine tasting experiences to look out for at the UAE Vine Festival
Nancy Ajram and Ragheb Alama are performing at Expo 2020 Dubai in November
Miami Beach-inspired luxury resort Th8 Palm is opening in November
Watch your next film under the stars as outdoor cinemas return to Dubai
YOU SHOULD CHECK OUT
Our website uses cookies and other similar technologies to improve our site and your online experience. By continuing to use our website you consent to cookies being used. Read our privacy policy here.