7 incredible things to do in Abu Dhabi this weekend: Oct 7 to 9

All the best things to do this weekend…

If you’re wondering ‘What’s On?’ in the city this weekend, there really is only one choice for where to find the answers. And the clue is in the question.

New at the cinema this week

We feel about The Sopranos, the same way Tony Soprano feels about cannolis. Which explains the profound absence that’s resided within us ever since the blackout at the end of the cult TV series. The mourning only deepened, with the real-life passing of the show’s charismatic lead, James Gandolfini in 2013. But, in keeping with one of the ongoing themes of David Chase’s mob masterpiece, there is a twist to this story. In 2018 New Line Cinema acquired the rights to create a prequel to the series, and later that year Alan Taylor, who directed several episodes of The Sopranos, was attached to direct. The Many Saints of Newark is an antihero origin story, following a tumultuous turn of events that help transform an impressionable young Tony Soprano, into the mob boss he is destined to become. But our favourite aspect of this whole project is that Michael Gandolfini, James’ actual son, was cast to play the younger version of his father’s iconic character. And from the trailer, it looks like the cannoli hasn’t fallen far from the cannoli tree. We’re not crying. You are.

Putting it all on pink 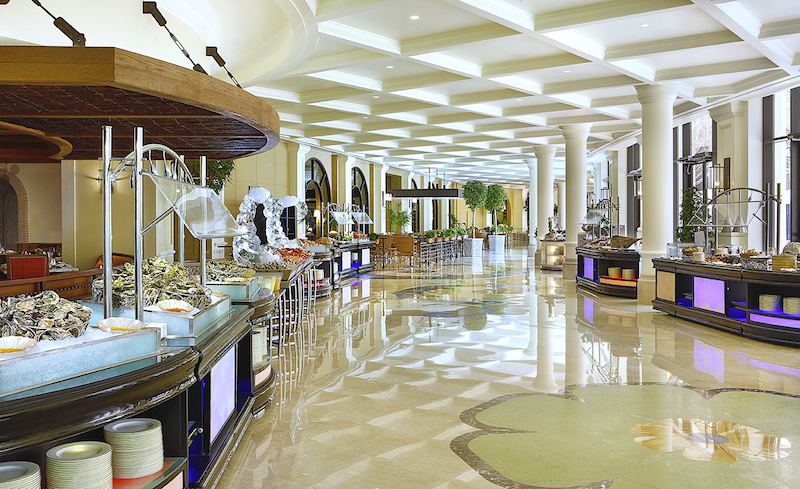 The Ritz-Carlton Abu Dhabi, Grand Canal is embracing breast cancer awareness month in an admirably enthusiastic fashion. Their PINKtober Chef’s Brunch at Giornotte takes place every Friday throughout the month, and in addition to its extravagant spread which includes such highlights as Wagyu beef, seafood specialties and a signature chocolate pudding, diners will have the opportunity to enter a raffle draw, by donating to the Al Jalila Foundation. Elsewhere in the hotel you’ll find special pink sushi at Li Jiang; Pink Afternoon Tea at Alba; a ‘Pinkburger’ at The Forge; and a Pinkerita (that’s a pink pizza Margherita) available at Al Fresco. Dhs15 from the purchase of each special item goes to the Al Jalila Foundation.

Brunching on the beach 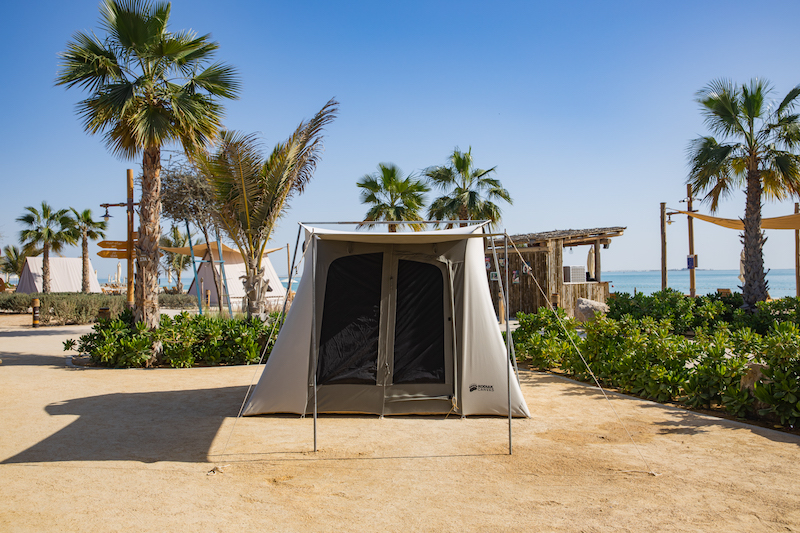 One of the capital’s newest and most luxuriously equipped glamping spots, Bab Al Nojoum — has just launched a Friday brunch. There’s a healthy abundance of international snacks and a dedicated section for the kiddliwinks. The package also includes access to the kids playground to help your little ones burn off all that post-dessert energy.

The magic of theatre

The curtains are coming up at brand new drama-drome, Theatre by Erth,  for the first time this weekend. The inaugural show features home-grown, kid’s entertainment legend Magic Phil — who’ll be treading the shiny new boards in his hugely popular Staying Silly at Sea show. There are still a few tickets left for the family-friendly live performances on Friday and Saturday, and prices start at just Dhs100. 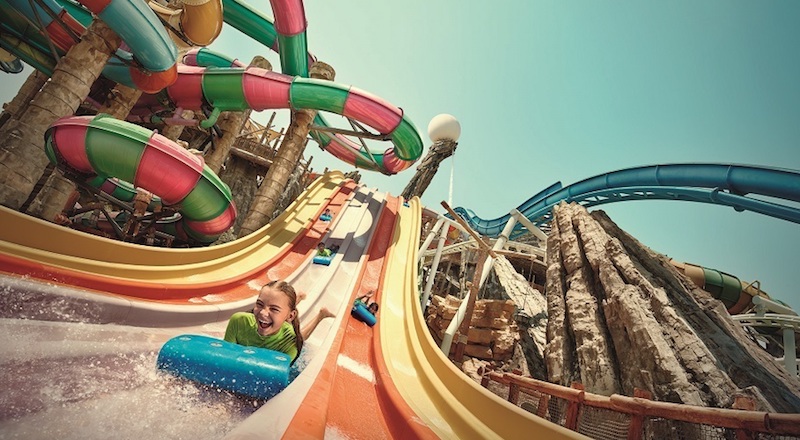 This friday Yas Waterworld is bringing back its popular Kabayan Night. Because you can’t pronounce party without a little ‘ate’. A fully Filipino fiesta set in the poolscape of the capital’s favourite waterpark. It’s just Dhs75 to get in and the wild times rage from 6pm to 11pm. Kabayan Night will take place on Friday October 8 between 6pm and 11pm. In addition to five hours unlimited access to the 45 rides and attractions, sanitised headsets will be handed out so visitors can enjoy a silent disco. Throw socially distant submerged shapes, singing along as loud as you want, because if everybody else is wearing headphones, nobody will hear you scream. 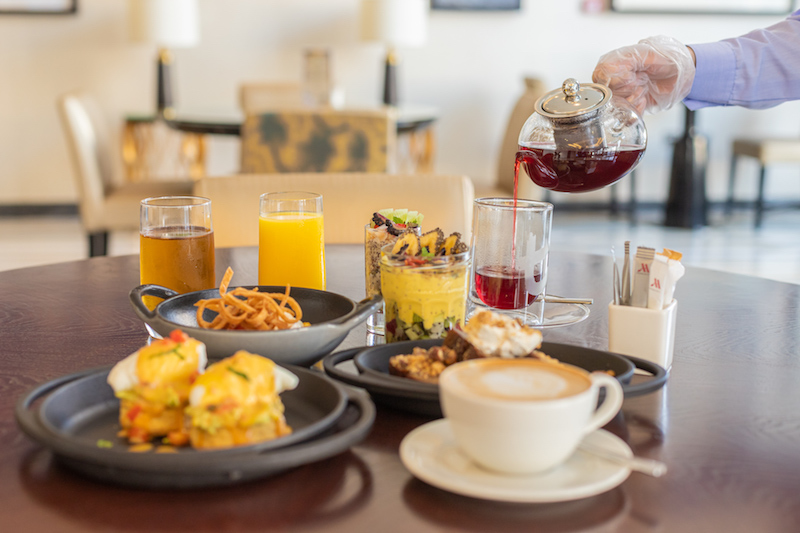 Bang in the heart of Downtown, this laidback diner is offering a lazy weekend breakfast that takes some beating. Early or late to rise, you can stick your fork into fluffy buttermilk pancakes, warm banana bread, French toast, waffles, parfaits and puddings for just Dhs95. Or for an extra Dhs15 you can unlock premium menu items such as smoked salmon, avocado egg benedict, nutella French toast, as well as berry and banana smoothies. Tea and coffee is free-to-stream with both packages.

49 reasons and the schnitzel is one 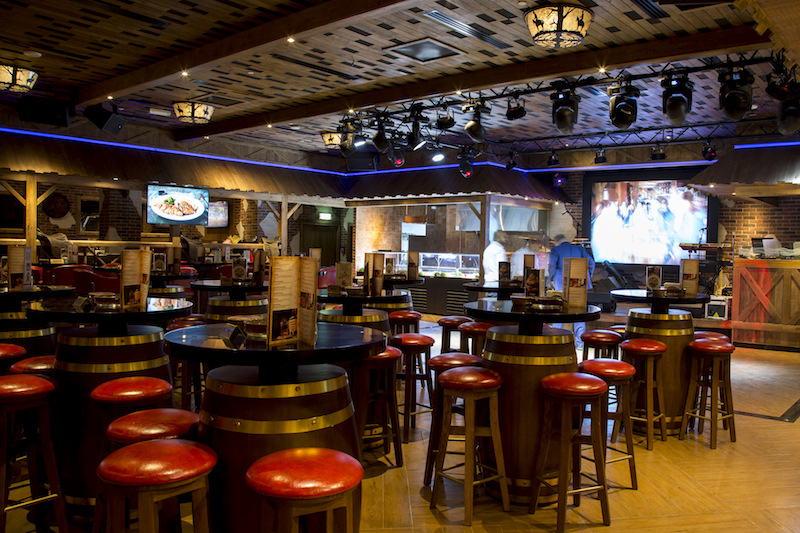 Big in Abu Dhabi steakhouse — 49er’s, is swapping its cowboy chaps for lederhosen until October 17. They’re celebrating the Bavarian festival of Oktoberfest, with a delicious Deutsche a la carte selection featuring items such as bierfleisch (a hearty beef stew), brathendl (juicy roast chicken) and schnitzel, to get Munchen on. There are also some ‘amazing-prost‘ deals on speciality German hops with pints from Dhs35 and head-sized steins from Dhs59.

Culture
Eat & Drink
Things to do
EDITOR’S PICKS
Ain Dubai will open with fireworks, live music and a drone show
READ MORE
Incredible Aura SkyPool to open in Palm Tower this November
READ MORE
Brit Grand Slam hero Emma Raducanu confirmed for Mubadala Tennis
READ MORE
What’s On Nightlife Awards 2021: Here are the nominees...
READ MORE
MOST POPULAR
13 of the best places for glamping in the UAE
Emma Raducanu sends a message to her UAE fans
Parisian celebrity hotspot Caviar Kaspia has opened in Dubai
Here's what you'll be eating at SushiSamba when it opens in November
Chic Mediterranean beach bar Ula is now open on the Palm Jumeirah
YOU SHOULD CHECK OUT
Our website uses cookies and other similar technologies to improve our site and your online experience. By continuing to use our website you consent to cookies being used. Read our privacy policy here.