New films to watch in cinemas over the long weekend

Add a film or two to your long weekend plans…

If you don’t have a lot planned for the long weekend, throw in a couple of the latest blockbusters. Here’s a guide with trailers for all the new movies out in UAE this week.

Taika Waititi’s second crack at Asgardian magic, Thor: Love and Thunder — reunites us with battle-worn Scandinavian deity, and Avenger, Thor. Despite opting out of the third film in the Saga, Thor: Ragnarok, Natalie Portman returns as Jane Foster and if this movie follows a Mighty Thor comic trajectory as Waititi has hinted at — we’re highly likely to see Portman donning her own cape and becoming an avatar of the thunder lord herself. Villainy is supplied by Christian Bale who’s set to hit screens as Gorr, a bad guy with pretty lofty mission aspirations, even for a Marvel character; and everyone’s favourite ragtag bunch of space bandits, The Guardians of the Galaxy are also slated to appear. We’ve got nothing but love for the way Waititi tells his stories on screen, how his humour and abstract asides add to the MCU’s tapestry rather than pick away its threads. Though it’s unlikely to dictate the flow of Phase Four, Chris Hemsworth and Waititi make movies that are a sight for Thor eyes. 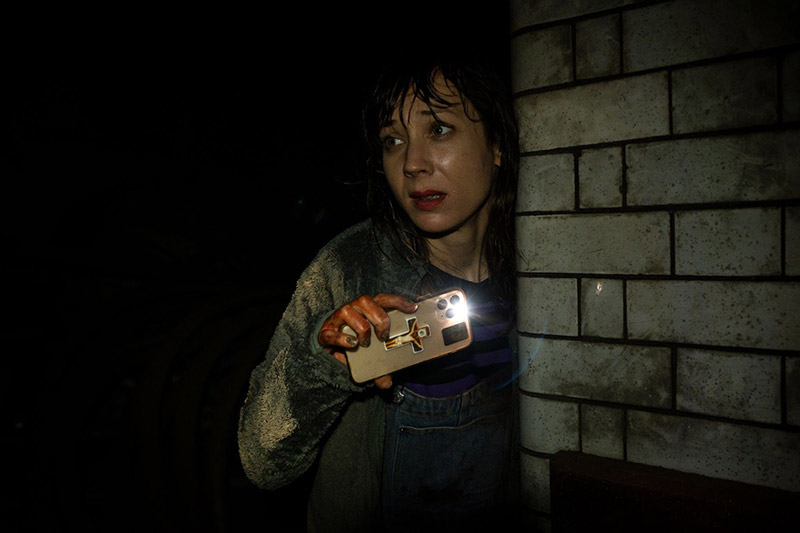 At the start of the pandemic, an indulgent and self-deluded live streaming improv musician abandons Los Angeles for London, steals her mate’s car, and makes the wrong decision to give a ride to an elderly woman who is not what she seems.

Friar is a former hacker and IT expert who finds a hair-trigger bomb strapped to his desk chair. An unseen hacker orders him to steal digital funds online – or have his daughter abducted. As a fearless bomb expert arrives on the scene, the hacker frames Friar as the bomber. The tension mounts as Friar races to clear his name and expose the real terrorist without getting himself blown to smithereens.

When two cops witness an assassination attempt, a ruthless crime boss orders Gabriel Tancredi, an ex-marine turned mob enforcer, to eliminate any and all threats. With an eager underling out to prove himself, rival gangs making moves, and a rising body count, every step Tancredi makes threatens lives – including his own.

Around the World in 80 Days

A bookish marmoset embarks on a wild adventure to travel around the planet in 80 days after accepting a challenge from a greedy frog.

Culture
Film
EDITOR’S PICKS
Here's the full list of UAE public holidays in 2023
READ MORE
23 incredible things to look forward to in the UAE in 2023
READ MORE
Hidden gems: 10 UAE desert pop-ups to discover this winter
READ MORE
Where to travel in 2023: 10 new flight routes from the UAE
READ MORE
MOST POPULAR
With its unique decor, Dubai's La Nina restaurant evokes tales of distant travels
Reservations are now open for French restaurant Fouquet's Dubai
The colourful Sharjah Light Festival returns next week
Relive those cosy winter moments at Chalet 105 at Twiggy
There are some big road closures in Abu Dhabi this weekend
YOU SHOULD CHECK OUT
Our website uses cookies and other similar technologies to improve our site and your online experience. By continuing to use our website you consent to cookies being used. Read our privacy policy here.