Movie review: Avatar, The Way of the Water

Something in the way…

I remember, very clearly, the first time cinema shook me into a state of open-jawed awe. I was sitting on one of those old flappy cushioned seats in a freezing cold Odeon that’s probably a Tescos now or some flickering-fluorescent-tube-lit Amazon distribution centre, chewing my way through a box of salted popcorn, completely unaware I was about to have my tiny mind blown into velociraptor chum.

It was a showing of the first Jurassic Park movie (yes, I’m that old). I distinctly recall my hair standing up in a sort of static kiwi fuzz when the Gallimimus stampede thunders down the hill in front of a gawping Sam Neill, the dizzy shivers when the park power goes down and a blinking T-Rex eye levels with the window of a conked-out safari jeep. This, at least for me but I suspect many more, felt like a fundamental leap in the entertainment potential of motion pictures.

Those same feelings returned when I watched The Matrix and Inception. And tonight, for the first time in a long while, they reemerged once more. Avatar: Way of the Water isn’t just a step up from what’s gone before it in terms of visual spectacle, it’s a full one-and-a-half paradigm up-shifts. And for the record, I didn’t particularly enjoy the first movie… 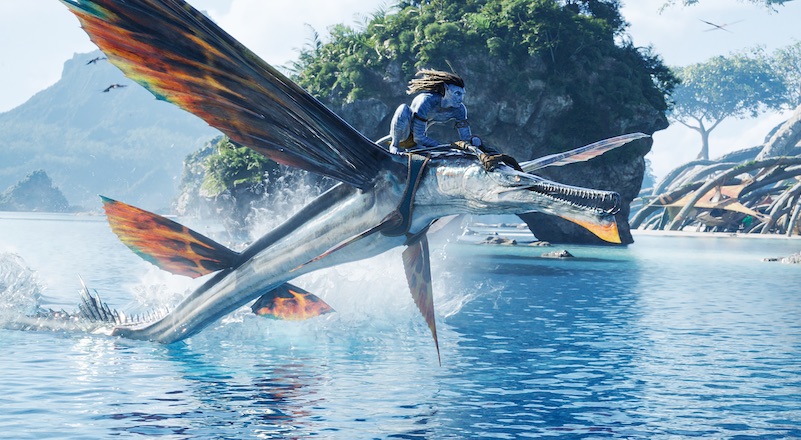 James Cameron has been kicking the sequel can down the road for 13 years, with more deferred release dates under his director’s chair than a vindictive parole board. But, oh All-Mother Eywa, was it worth waiting for. 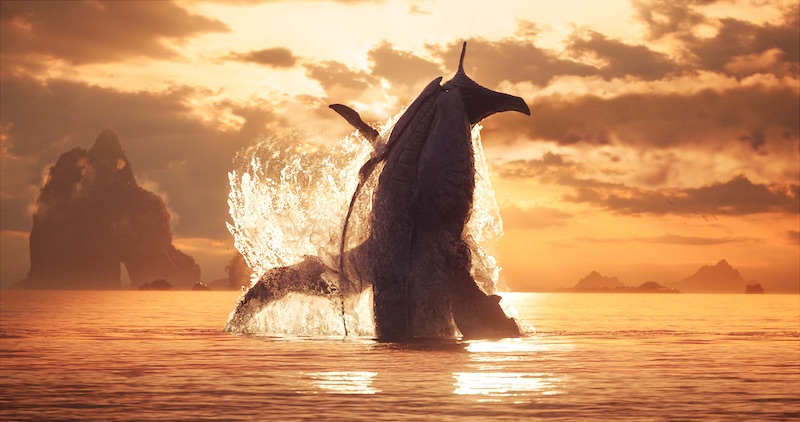 It’s not down to the story, the world-building is admittedly sublime and the character depth is impressive, but there’s nothing particularly groundbreaking in terms of the tale being told. Revolt, revenge, conquistadoring, human-guilt, and the devaluing of ‘the other’. It’s all pretty standard stuff, but the way that it’s told, is so sensorily astounding that the completely unnecessary three hour and ten minute run time isn’t just forgivable, it’s a gift.

I will make some qualifications on this statement though. To appreciate this film to its full extent, you need to watch it at the cinema (I did not watch the first movie in one, so I’m speaking from an orthodox overview), and you need to watch it in 3D. Yep. It’s bringing specsy back. 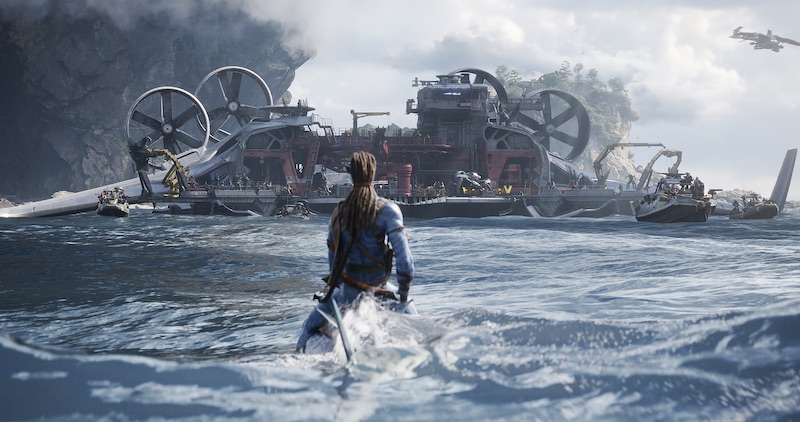 The bulk of this movie is set a good few years after the events of the first. During a press conference in December, Sam Worthington who plays the returning lead Jake Sully, now permanently embedded in his tiger stripe saphire avatar, said “Jim [Cameron] … Gave me a script that was Avatar one point five, that you know, unto itself is amazing and detailed, and full of what they’ve kind of gone through over that gap”. 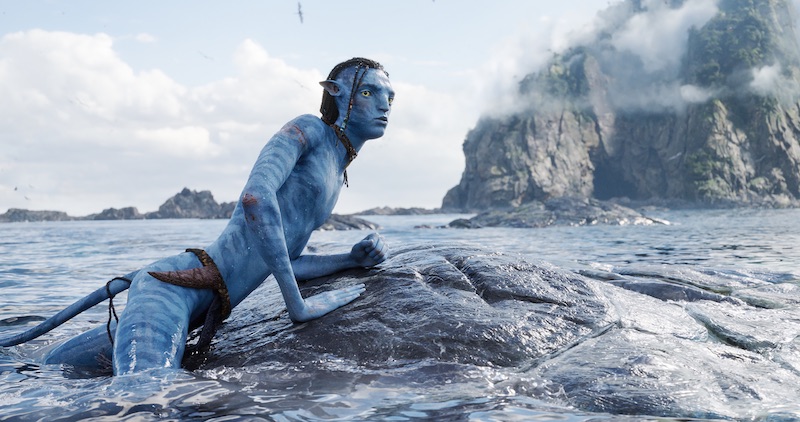 And a lot went on in that gap. Sully is now fluent in the nuances of the native Na’vi language and together with space-Poccahontis wife Neytiri (Zoe Saldana) has raised a family, who are content with their peaceful life of Pandoran picket fences. Of course, it doesn’t last long, those pesky humans are back after being sent home with their vestigial tails between their legs, and this time it’s not just the unobtanium they’re after — they’re looking to move in. Earth is dying, and Musk was presumably too wrapped up in disarming Twitter bots to make the whole Mars thing stick. 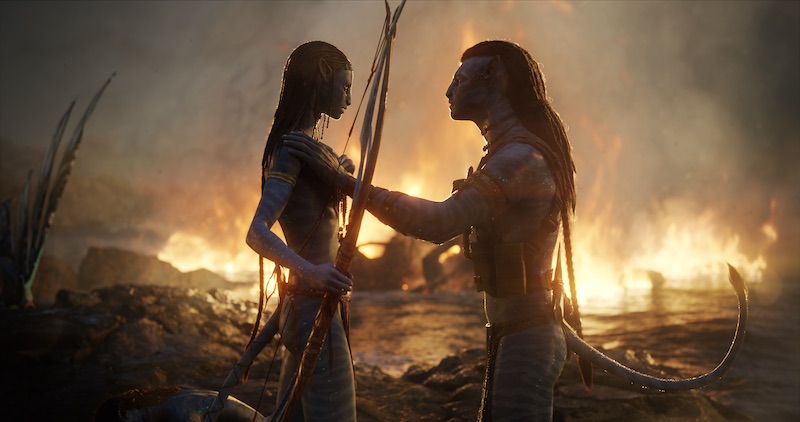 I’m not going to give any spoilers away here, but those ‘liberation’ choppers inbound from the forsaken planet carry some old foes, with very personal beef to settle.

James Cameron seems to have a fascination for watery peril, one that his hours combing the wreck of the Titanic in a submarine seem only to have massaged. But again it’s to our, the viewers, benefit. It’s a medium, it’s a meme, it’s a theme, it’s a metaphor and a message. But most importantly, it’s the primer for a visual experience that’s incredibly difficult to translate into words. We’re given a world that doesn’t have a photo-realistic feel, it’s more poetic than that — it’s like your brain has been submerged in a metaverse 50 years from now and is absorbing all the content directly through its wrinkly membranous folds. 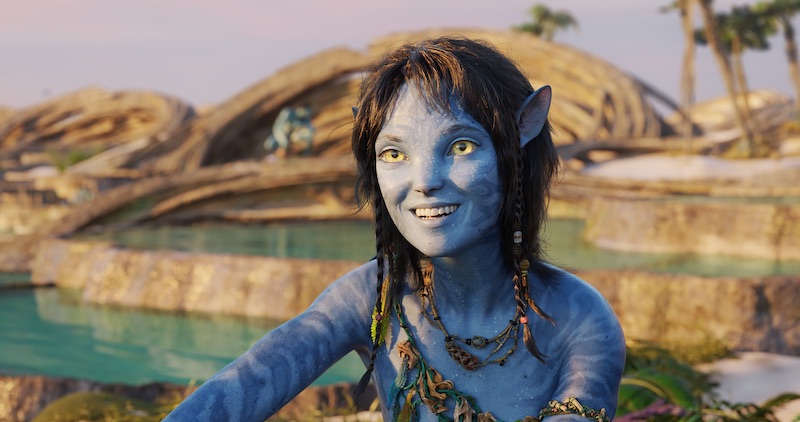 Verdict: I can count on one hand the number of times I’ve witnessed a revolution in cinema. This movie is amongst them. Not for the story, not necessarily the performances. We must acknowledge that truly great cinema can come from a place beyond that.

Avatar: Way of the Water is released in cinemas across the UAE on December 15. Book tickets now.

Film
Things to do
EDITOR’S PICKS
Here's the full list of UAE public holidays in 2023
READ MORE
23 incredible things to look forward to in the UAE in 2023
READ MORE
Hidden gems: 10 UAE desert pop-ups to discover this winter
READ MORE
Where to travel in 2023: 10 new flight routes from the UAE
READ MORE
MOST POPULAR
Win a holiday around the world with Dubai Creek Resort
16 places to get fabulous pre-loved and thrifted apparel
Celebrate the month of love at Fairmont The Palm
How to support those affected by the Turkey-Syria earthquake
Celebrate love with this Beach Resort's floating breakfast above the clouds
YOU SHOULD CHECK OUT
Our website uses cookies and other similar technologies to improve our site and your online experience. By continuing to use our website you consent to cookies being used. Read our privacy policy here.