Written by:
Miles Buckeridge
19 hours ago

The 11th edition of the Middle East Film & Comic Con (MEFCC) is confirmed for March 2023, and for just the second time it will be hosted in Abu Dhabi.

A celebration of all things pop culture, Comic Con went on a quest last year, moving from its previous home at Dubai’s World Trade Centre Exhibition Halls to Abu Dhabi National Exhibition Centre (ADNEC). And it’s ADNEC that will host the capital sequel, between March 3 and March 5 of 2023.

What is Comic Con?

Comic Con is a festival devoted to the spirit geek within us all — offering fans the opportunity to get involved with A-lister meet and greets, talks from entertainment icons, theatre, workshops, comic and anime art galleries, eSports expositions, and even cosplay parades.

Tickets for the event are now on sale via the mefcc.com website, with one day passes available at Dhs135, and three-day passes for Dhs299.

Actor, Director and motion capture GOAT — Andy Serkis has just been announced for this year’s MEFCC. The ‘precious’ cinematic star is probably one of the most famous, accomplished and best-loved examples of acting talent to have ever featured at the festival. Serkis has pretty much ‘completed’ the overlap with the Comic Con fan base, having been involved with such triple-A franchises as the Lord of the Rings, Planet of the Apes, Star Wars, Marvel and The Avengers, The Batman, Venom, and Tin Tin. 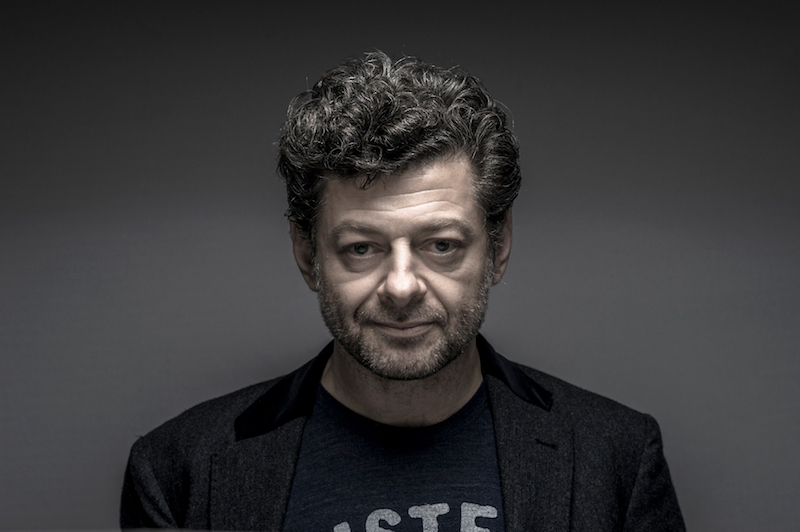 Anthony Daniels, the actual C3PO off the actual original Star Wars movies — one of the actual droids the imperial storm troopers were looking for, will also be at MEFCC, and if not keen at least ready to answer all your questions about Far Far Away galaxies. 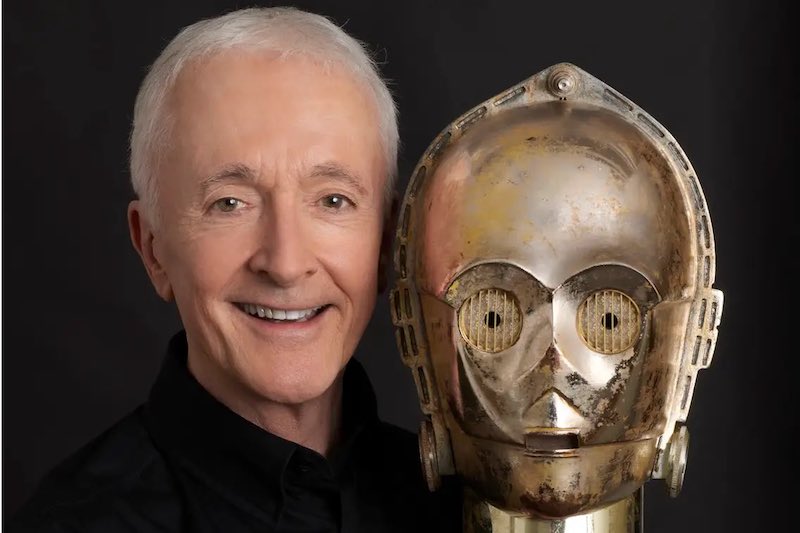 You may recoginse him from portrayals of Dr Who, Daemon Targaryen, Prince Phillip, meme-made-flesh or one of his multiple Hollywood movie roles (including Lucien in the Morbin Time Universe) — but one thing is certain, wherever you’ve seen him, Matt Smith will have commanded the screen. He’s one of the UK’s leading character actors, with a chameleonic adaptability to genre and theme — and has already racked up an almost paralleled in this current era showreel of iconic screen time moments. And, conveniently for UAE pop-culture fans, he’s just been announced for MEFCC 2023.

But what would you ask a Timelord turned Targaryen prince? Maybe you’d like to know whether the Sonic Screwdriver works on those little screws you get on sunglasses, or perhaps you’re desperate to find out which royal family scandals he enjoyed depicting more? Targaryen or Windsor? (Top points for being topical if that is on your list). Whatever your burning questions — you’ll be able to put them Mr Smith come March. 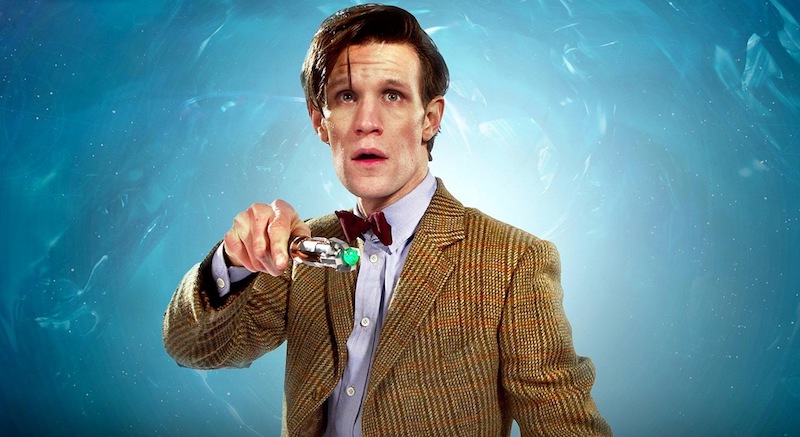 Any Dragon Ball Z fans in the house? OK, so the voice of characters Vegeta, Piccolo, Yamcha, Kami (and others), Christopher Sabat is also scheduled to join us at ADNEC.

We have a couple of Disney Master Artists announced too — a married couple no less, Mike and Patty Peraza whose combined filmography includes The Little Mermaid, Duck Tales, Fox and the Hound, Return of OZ, Aladdin, Beauty and the Beast, and Mickey’s Christmas Carol.

It’s also great news for vintage animation fans with Broadway star Paige O’Hara, probably known for voicing Belle in the Disney animated film Beauty and the Beast, dropping by. And in town, there’s not only she, for we also have a he, who’s making plans to pack and join as well. 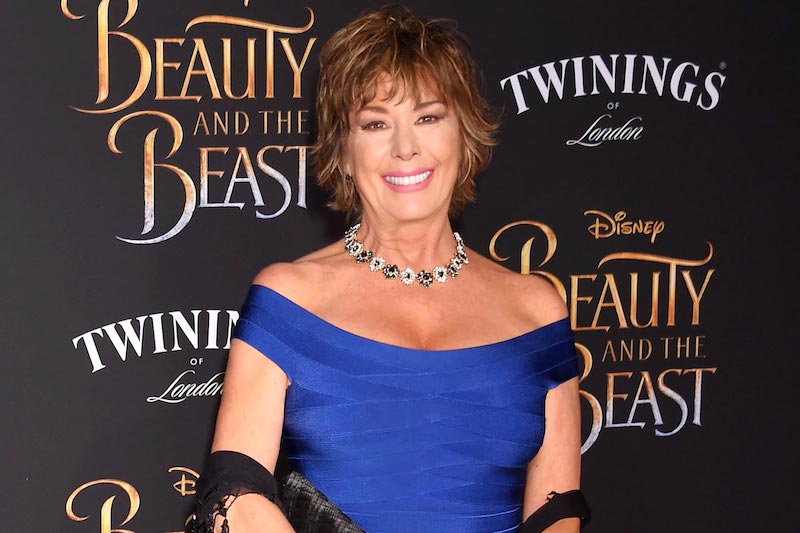 And that gentleman is Los Angeles-based voice over legend Zach Aguilar, who began his acting career at 14 and whose anime casting credits include Tanjiro Kamado in Demon Slayer: Kimetsu no Yaiba, Aether in Genshin Impact, and Byleth in Fire Emblem: Three Houses/Super Smash Bros. 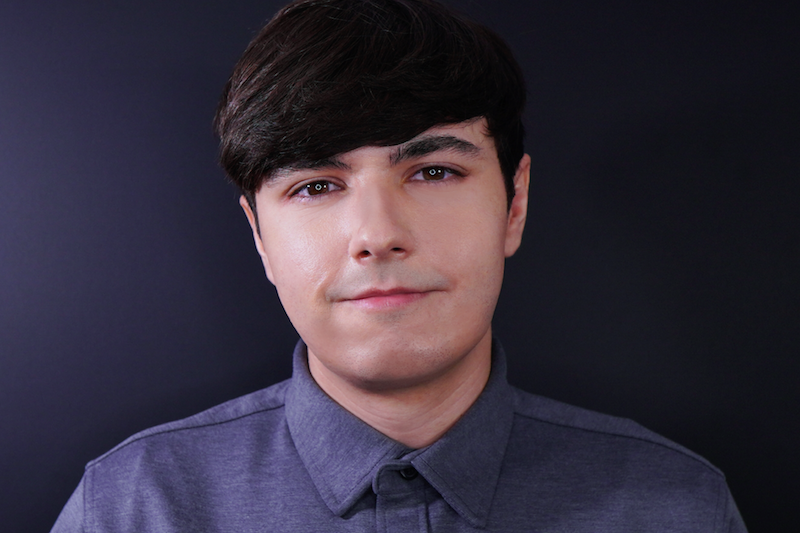 We’re sure there’s still a metric ton of talent still left to be confirmed for the event, and as soon as those names get announced — you’ll be able to find them first on What’s On, as always. And with the landslide of new film and TV that’s come in the wake of the pandemic bounceback, this year will almost certainly be the biggest and brightest yet. What were your 2022 entertainment highlights? Who would you like to see at MEFCC 2023? Let us know in the comment section.

The Middle East Games Con is being merged with MEFCC and will have its own dedicated space, the Gaming Arena. It will offer button-bashing access to both retro and unreleased games, eSports tournaments, gaming software, and limited techy edition merch.

Also new, Cosplay Central will provide a hub for those that go hard on the dress up. In addition to the annual cosplay competition, this space will enable meet-and-greets with professional cosplayers, cosplay repair stations and green screen technology for out-of-this-world Anime photo opportunities. 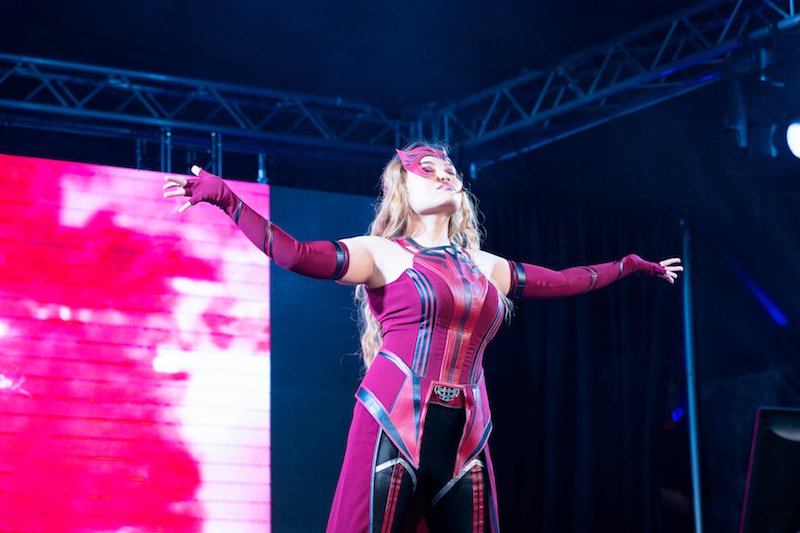 Returning attractions include the Meet the Stars, where unsurprisingly you’ll be able to meet some massive pop culture stars; The Cine Club, which will host Q&As, exclusive trailers and film screenings. The Creative Academy will offer engaging workshops hosted by luminaries from the worlds of comic, film, TV, gaming, cosplay and content creation.

You’ll once again be able to bag collectibles, signed merch, custom artworks and exclusive craft from the talented souls lining the Artist Alley. The outdoor Festival Stage in the Festival Plaza will also be offering chances to dazzle and win with dance competitions, giveaways, entertainment, and pop quizzes (hot shot).

The ultimate VIP fan package costs Dhs5,000 and includes a frankly ‘terrifying for everyone’ 30-minute encounter with your favourite celebrity. And for those of you already scheming, you know who you are, security will be present.

Tickets for the event are now on sale via the mefcc.com website

Last year’s huge event included meet and greet opportunities with Charlie Cox — the people’s Daredevil, one of the very few characters that has managed a transition from the Netflix Marvel streaming series collection to the actual MCU — and if the rumours are true, we’ll be seeing a lot more of him there; Nathalie Emmanuel, who hasn’t just stopped the wheel, she’s pretty much broken it — starring in massive Hollywood blockbusters and a lead role in what is probably the biggest TV show of the 2010s (Game of Thrones); and Michael Rooker, a veteran walker slayer but still possibly best known for his azure-toned turn as Yondu Udonta in the Marvel Guardians of the Galaxy series.

There was Barry Keoghan — an Irish actor with an impressive showreel with parts in critically acclaimed movies such as Dunkirk, The Green Knight and The Killing of a Sacred Deer; and he’s one of the select cadre of actors that have danced on both side of the Marvel (Druig, The Eternals) vs DC (The Batman); and Ming-Na Wen — who recently dazzled us on Disney+ Star Wars universe epic, The Book of Boba Fett, Wen’s movie and TV career includes a cavalcade of pop-culture mega hits. You may remember her as Melinda May in Agents of S.H.I.E.L.D; the voice of Mulan in the two original Disney animated movies.

Note Jon Bernthal is pictured above but he sadly had to pull out of last year’s show.

Culture
Film
News
Things to do
TV
EDITOR’S PICKS
Here's the full list of UAE public holidays in 2023
READ MORE
23 incredible things to look forward to in the UAE in 2023
READ MORE
Hidden gems: 10 UAE desert pop-ups to discover this winter
READ MORE
Where to travel in 2023: 10 new flight routes from the UAE
READ MORE
MOST POPULAR
This beautifully-designed outdoor terrace is a must-visit this winter
A 50,000 year old comet will light up UAE skies this weekend
Treat your loved one to a spectacular evening at Billionaire Dubai
New date announced for Tom Odell's Dubai Opera performance
Ras Al Khaimah Fine Arts Festival returns this weekend
YOU SHOULD CHECK OUT
Our website uses cookies and other similar technologies to improve our site and your online experience. By continuing to use our website you consent to cookies being used. Read our privacy policy here.