The legendary singer has performed more than 4,000 times and is often dubbed “the King of Opera”. If you were looking to go but have missed out on tickets, there is some good news – one of the other members of the 3 Tenors, José Carreras will also be singing later this year at the Dubai Opera in October.

“The truth is, this is the first venue of its kind and when we put together the inaugural season we didn’t know exactly how popular it would be across the GCC.  The response on day one of tickets sales has been absolutely overwhelming with bookings being taken from more than 20 countries, from Saudi Arabia to the UK, from Germany to Japan,” said Jasper Hope, CEO of Dubai Opera of the first day of ticket sales.

Despite what its name might suggest, Dubai Opera won’t just host opera performances, the recently announced line up includes a huge variety of shows and genres such as ballet, musicals, classical music, theatre comedy, magic, rock, pop, jazz and more.

For a full list of what shows you can expect to see at the Dubai Opera in 2016, check out our article here.

Tickets for a show at the prestigious venue start from Dhs250, and go up to as much as Dhs6,800 and Dhs9,600 for an eight person VIP box.

As far as the main layout of the theatre goes, the cheapest tickets will land you a seat in the C Reserve (in green), whereas the more expensive VIP tickets will get you one of the boxes highlighted in yellow. 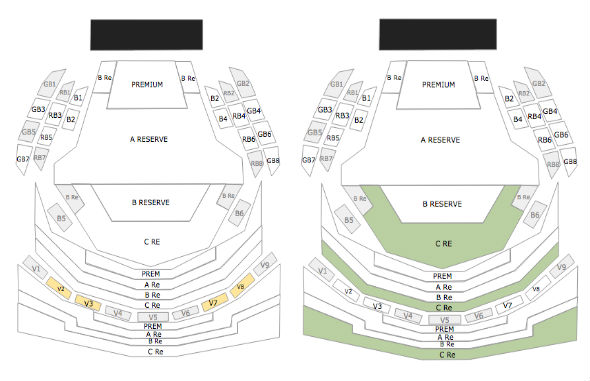 As far as what the overall layout looks in real life, check out this picture: 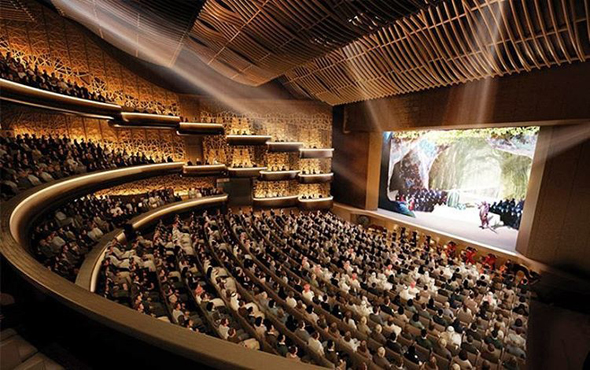 Jasper Hope, Chief Executive of Dubai Opera spoke on the diverse line-up of talent, saying: “I can guarantee we’ll see a West End show in 2016”.

“Unlike 100-year-old buildings we can change the stage to suit our needs, moving it seamlessly from an opera space to an ice rink,” added Hope, who used to run London’s Royal Albert Hall.

Dubai Opera is situated inside the newly created Opera District in Downtown Dubai, which will also feature luxury hotels, residential and serviced apartments, a retail plaza, waterfront promenades as well as recreational space and parks.

With Dubai Opera being situated so close to the Burj Khalifa, you’ll be able to look out of the window during the interval and watch the Dubai Fountain show (apparently the view from the venue is pretty impressive).

So, if you’ve been desperate to get your hands on some tickets ever since we announced the shows, make sure you move fast and purchase your tickets now.