Cook like a pro with this video tutorial on how to make goats’ cheese churros with truffle honey by celeb chef Jason Atherton….

Summer is here, and as the thermometer outside pushes 40°C and the beaches empty out, why not take the opportunity to hone your culinary skills from the air-conditioned safety of your own kitchen?

What’s On joined British chef Jason Atherton at his Dubai restaurant Marina Social to try our hands at making his delicious goats’ cheese churros, and to see whether we had what it takes to cook in a professional kitchen (spoiler: we don’t)…

For the truffle honey

This quirky snack has become something of a favourite at the fine-dining marina spot since it opened its doors last summer – along with their innovative duck and foie gras sausage ‘social dog’.

Prepping for dinner tonight @marinasocialdubai with @tristinfarmer, here until Wednesday so come and see me! #marinasocial #dubai #mydubai

Jason has opened 16 worldwide under his The Social Company brand since just 2011. It all started with his Michelin star Pollen Street Social in London – where he has seven restaurants to his name – and now his culinary empire spreads as far as Hong Kong, Shanghai, Sydney and soon the Philippines.

He’s said before, however, that Dubai holds a special place for him, as he lived here for four years in the early 2000s when he ran the kitchen at Gordon Ramsay’s restaurant Verre on Dubai Creek – “I met my wife here, I have very fond memories. I love this city”. 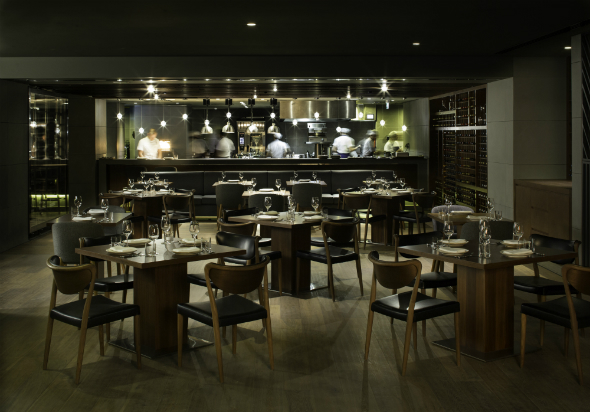 Best of
Eat & Drink
News
EDITOR’S PICKS
13 Sheikh Hamdan-approved restaurants in Dubai
READ MORE
Dubai brunches temporarily banned in new preventative measures
READ MORE
12 upcoming Dubai mega-projects we can't wait for
READ MORE
16 of the best beach bars in Dubai for sundowners
READ MORE
MOST POPULAR
Ladies, here's how you can win a chance to showcase your talent at Radisson Red
Dubai influencers must now declare free gifts to UAE tax authority
Wit woo: Check out Boomah, Abu Dhabi's first owl cafe
This stunning new restaurant brings Australia to Dubai
There's a dry night in Dubai coming up this week
YOU SHOULD CHECK OUT
Our website uses cookies and other similar technologies to improve our site and your online experience. By continuing to use our website you consent to cookies being used. Read our privacy policy here.