This new American diner (with a fine-dining twist) does its best work when it comes to desserts. Here’s what you should order…

There’s something heart-warming about an American diner. They conjure up images of waitresses in frilly aprons, over-brewed coffee and greasy burgers. Firebird Diner is a re-imaging of a 1940s diner with a DIFC twist. The interior is polished enough to suit the well-heeled location, but it also features cosy booths, silver chrome and a vintage jukebox that wouldn’t look out of place if Fonzie were leaning nonchalantly over it. 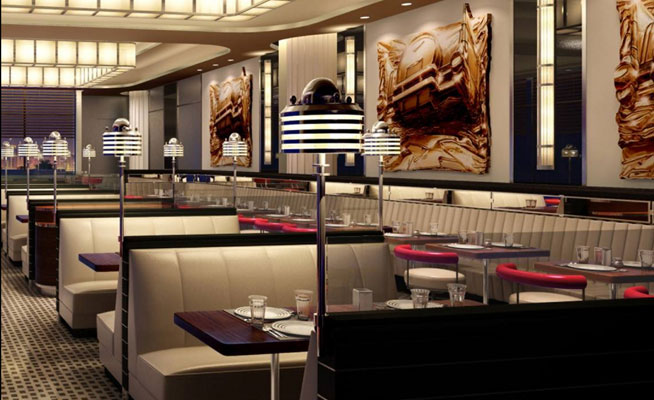 Located in the brand new Four Seasons Hotel DIFC, Firebird is the brainchild of Michael Mina, an award-winning chef who’s known for his restaurants all over the US, from San Francisco to Las Vegas. This is his first venture into the Middle East, but the menu is nothing if not all-American: comfort food, but with high-end flair.

A sharing portion of popcorn shrimp (Dhs69) arrived alongside two lobster rolls (Dhs78). The shrimp’s batter was light and crisp, but lacked flavour, and relied on the sides of avocado spread and homemade Tabasco. On the other hand the lobster rolls were very tasty – a perfect balance of tangy lobster, sweet and buttery toasted brioche, and a creamy, spicy ‘bayonaisse’ sauce (mayo mixed with Old Bay seasoning). 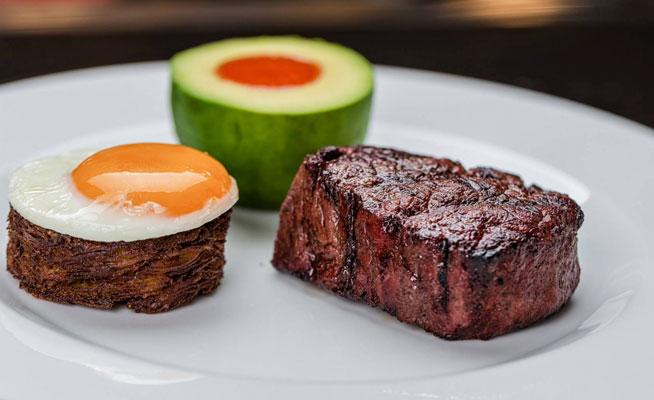 Red meat takes a starring role on the mains menu. The ravenous will appreciate the Firebird steak and eggs (Dhs290) – a beastly dish with a black angus filet topped with a sunny side up egg, plus avocado and Tabasco sauce on the side. The All American Burger (Dhs110) is served on a brioche bun topped with smoked gouda, secret sauce, romaine lettuce and onion marmalade. The brioche was tasty and the burger was decent, but needed more char and a lot more cheese, although the herbed chips fried in duck fat were great. 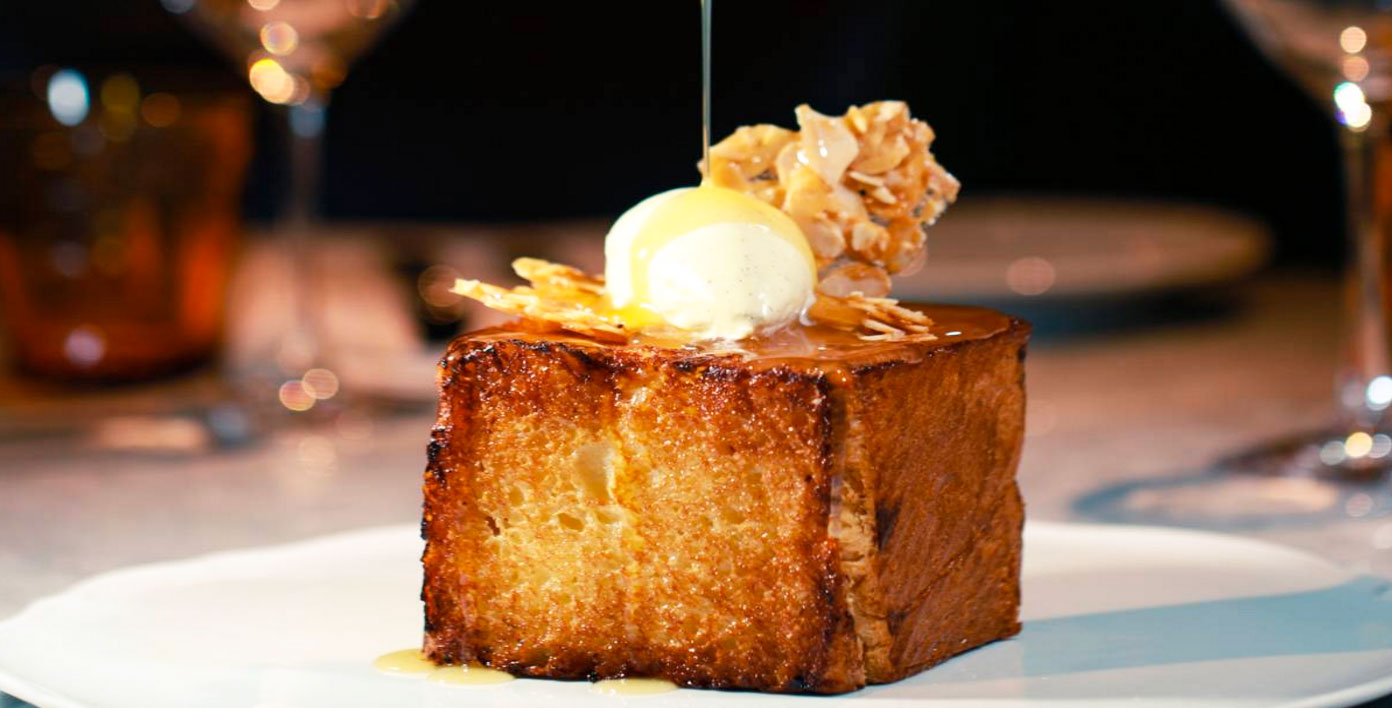 Firebird does its best work when it comes to dessert. The molten chocolate cake sundae (Dhs42) was a sugar bomb of cake with double cream, ice cream, whipped cream and caramel sauce. Equally pleasant was the New York cheesecake (Dhs39), which had a sweet crust, creamy filling and a tart topping of raspberries and cream.

The restaurant works well as a more laidback alternative to the usual DIFC hangouts, and the menu has some real gems. Those meaty main courses need a bit of tweaking, but once they match up to the desserts, we’ll be hanging around that jukebox a lot more often.

Eat & Drink
News
Restaurants
EDITOR’S PICKS
So, when is the next UAE public holiday in 2021?
READ MORE
All of the lavish new hotels set to open in Dubai in 2021
READ MORE
16 of the best pool passes in Dubai that are fully redeemable
READ MORE
All of the restaurants at West Beach, Palm Jumeirah
READ MORE
MOST POPULAR
Traders Abu Dhabi launches a Dhs250pp all inclusive stay
Pics of the week: Your best photos of the UAE
Mark Ronson to play a DJ set at Abu Dhabi festival
Catch the Euro 2020 games at this cool lounge in the capital
Where to get your food fix on Al Wasl Road
YOU SHOULD CHECK OUT
Our website uses cookies and other similar technologies to improve our site and your online experience. By continuing to use our website you consent to cookies being used. Read our privacy policy here.