She reportedly verbally abused airport officials and then threatened to post their picture on social media.

A woman who was just visiting Dubai is facing charges of insulting airport employees after she threatened to post their picture on social media. She is now awaiting trial.

According to Dubai public prosecution officials, the Asian woman was visiting the emirate and approached a male airport employee at the world’s busiest international airport to complain about a problem she had with her airline.

The woman then reportedly abused both of the employees verbally before threatening to post their pictures on Facebook.

ALSO READ
*Legal advice: 10 things to know about debt in the UAE*
*The legal view on VPN use in the UAE*

According to Emirates 24/7 the woman told Dubai public prosecution that she did lose her temper and take a photo of the official but that she had the right of expression to take pictures of anyone. 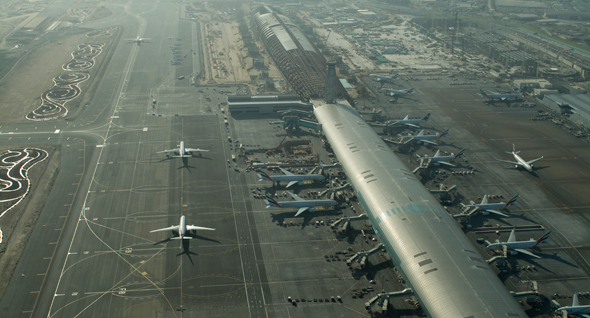 DXB is the busiest international airport in the world.

The case has been referred to the Court of Misdemeanours.

WHAT THIS CASE TELLS US

This incident is a reminder to deal politely with public officials and employees in Dubai. The prosecution has also advised against people using inappropriate language and coercion when dealing with officials.

Remember that it’s against UAE law to “misuse” “modern technology” in the breach of others’ privacy, or to blackmail or defame people.

The UAE has strict laws around the use of social media – the interior ministry has recently said that those caught spreading rumours on social media could face a jail term of up to three years.

The government is taking the issue seriously because they say rumours could damage an economy, threaten public security, and just generally spread terror and fear through society.

Remember also that an Emirati woman was fined Dhs500,000 for comments she made to her uncle over messaging service Whatsapp earlier this year.

News
Transport
EDITOR’S PICKS
Bla Bla: Dubai's huge new beach club is set to open this Thursday
READ MORE
16 of the best beach bars in Dubai for sundowners
READ MORE
Watch: A look inside Conor McGregor's Dhs20,000 per night Dubai villa
READ MORE
Where to get the Covid-19 vaccine in Dubai, Abu Dhabi and across the UAE
READ MORE
MOST POPULAR
Need a few laughs? These comedians are coming to Dubai in February
Is David Guetta going to perform in Dubai? It looks like it...
Amazonico Dubai launches new brunch and rooftop after-party
A stunning bright pink lake has been discovered in the UAE
Review: Goldfish Sushi & Yakitori, Dubai
YOU SHOULD CHECK OUT
Our website uses cookies and other similar technologies to improve our site and your online experience. By continuing to use our website you consent to cookies being used. Read our privacy policy here.