Russian State Ballet of Siberia in Dubai this weekend

One world-class company, two classic concerts and plenty of pirouettes…

Dubai Opera is welcoming its first dancers as the Russian State Ballet Of Siberia take to the stage tonight. The touring company are performing two classic stories. The 19th-century ballets Coppélia and Giselle both have strong leading ladies with one thing in common: rubbish boyfriends.

The curious love stories, however, have very different tones – one is considerably more tragic than the other. You can catch Coppélia tonight and Saturday, while Giselle will take to the stage tomorrow for a matinee and evening show – tickets are still available online.

While ballet is commonly associated with tragedy and some serious dramatics, Coppélia is the best-loved example of a comic ballet.

This bright and breezy show tells the story of a young engaged couple, Swanilda and Franz. Swanilda is rightly put out when she learns that her fiancé is in love with a life-size doll called Coppelia, who he thinks is real. 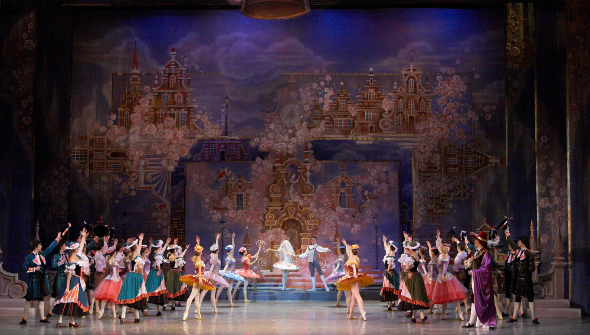 The doll is the handiwork of shadowy character Dr Coppelius, who needs a human sacrifice to make his doll come to life.

The couple separately break into the doctor’s workshop to discover the truth and essentially cause havoc – think Pinocchio meets the ‘Doll On A Music Box’ scene from Chitty Chitty Bang Bang.

Based loosely on Der Sandmann by E T A Hoffmann, this story was brought to life by French composer Léo Delibes and often credited with setting a new standard for ballets. It first premiered in Paris back in 1870.

More culture news:
*Going to Dubai Opera? Here’s how to score a cheaper meal*
*Meet the cast of Impossible live*
*James Morrison will perform at Dubai Opera next month*

Giselle is a regular on the culture circuit and considered one of the greatest Romantic ballets. It tells a twisted love story of two star-crossed lovers.

A show of two distinct halves, it starts with a peasant girl, Giselle, who falls in love with another villager, Loys. Things quickly turn sour, however, when she discovers that Loys is not who he says he is and is already engaged. Distraught, Giselle falls into a mad fit and tragically dies. 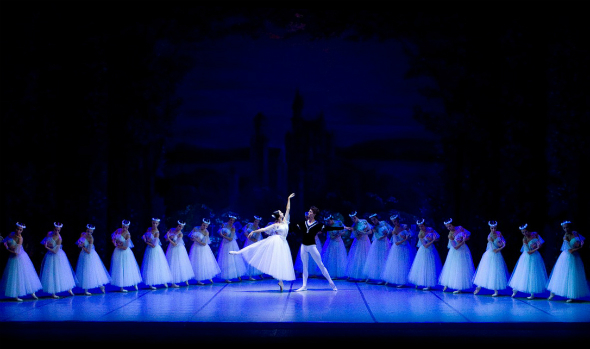 In the second half, Giselle is revived from the grave by a group of vengeful female spirits, the Wilis. The ghosts use their magic to dance men to death – and let’s just say that this doesn’t have a cheery end (definitely no happily ever afters at the altar in this one).

While this ballet was first performed in 1841 in Paris, most modern versions are based on Marius Petipa’s ballet, staged in St Petersburg in the 1880s. All the big names have played the lead, including the legendary Anna Pavlova.

Culture
News
Theatre
EDITOR’S PICKS
Dubai hotels and restaurants to suspend entertainment until further notice
READ MORE
9 royal-approved Dubai restaurants
READ MORE
16 of the best beach bars in Dubai for sundowners
READ MORE
Where to get the Covid-19 vaccine in Dubai, Abu Dhabi and across the UAE
READ MORE
MOST POPULAR
Dubai announces new restrictions on restaurants, gyms, weddings and social events
8 of the best homegrown burger concepts in Dubai
Direct Etihad flights to Qatar from Abu Dhabi are inbound next week
Dubai Health Authority answers your questions regarding the vaccination
Expo Dubai 2020: What’s inside the Sustainability Pavilion?
YOU SHOULD CHECK OUT
Our website uses cookies and other similar technologies to improve our site and your online experience. By continuing to use our website you consent to cookies being used. Read our privacy policy here.