The postponed makeup masterclass is back on…

If you were hoping to pick up some contouring tips from Kim Kardashian this month, don’t worry – she’s just confirmed she’ll be in the UAE next year.

The reality TV star was forced to reschedule a Dubai-based beauty event after being horrifically robbed at gunpoint in Paris earlier this month, but she’s revealed she’ll now be in the emirate on January 13, 2017.

The masterclass – which Kardashian is holding with her long-time makeup artist Mario Dedivanovic – was originally scheduled for October 14.

However on October 3, the mum-of-two was tied up by five armed men who entered her luxury apartment in the French capital and made off with around US$11 million of Kardashian’s jewellery.

Among the items stolen was reportedly this 20-carat engagement ring (worth a whopping US$4 million alone) from rapper husband Kanye West: 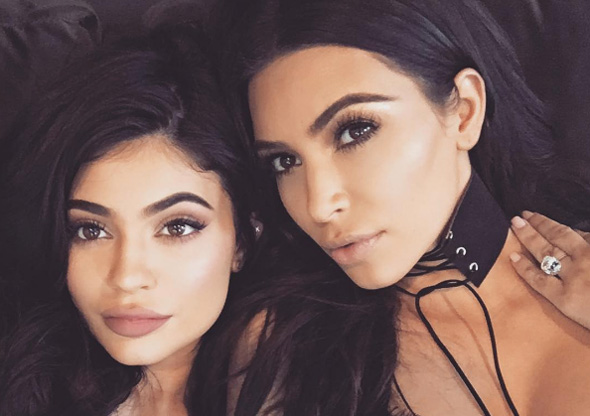 The Keeping Up With The Kardashians star was due to jet into Dubai with Dedivanovic for the masterclass and to celebrate her birthday, but the makeup artist revealed on his Instagram page a couple of weeks ago that the event was postponed.

“On behalf of myself and Kim Kardashian West, please accept our apologies. We understand the inconvenience that this has caused you,” Dedivanovic wrote at the time.

However on Monday the makeup artist confirmed that the masterclass will now be held in January, and revealed that the gift bags alone will be a worth a huge US$2,000.

(The event costs Dhs5,870 a head, which actually means you’re not getting a bad return at all).

January 13th can’t come fast enough! I’m so excited. #TheMasterClass. My Gift bags are currently at over $2K worth of amazing products ???? im sharing all my tricks and knowledge from the past 15 years of being a working celeb makeup artist, Kim will share all her insight and knowledge too and meet and greet and photos with us can’t wait! #Dubai #kimkardashian #MakeupByMario ?????? link in bio… If you are serious about makeup or a career on makeup this is for you ????

The masterclass will be held at the MusicHall in the Palm Jumeirah’s Zabeel Saray Hotel, and tickets are still available (just click here).

During the event, Kardashian will reveal her most coveted beauty secrets, hold a meet and greet, and answer some audience questions.

The “shaken but unharmed” Kardashian hasn’t yet made a statement about her Dubai trip, but she’s mostly been keeping schtum on social media since the ordeal.

The 36-year-old returned to her New York home shortly after the attack, which took place in the early hours.

She’s being comforted by friends and family – including husband West, who left his gig mid-way through a song after being informed of the robbery.

He also cancelled two gigs on his Saint Pablo Tour to be with his wife.

Wishing you a speedy recovery Kim…